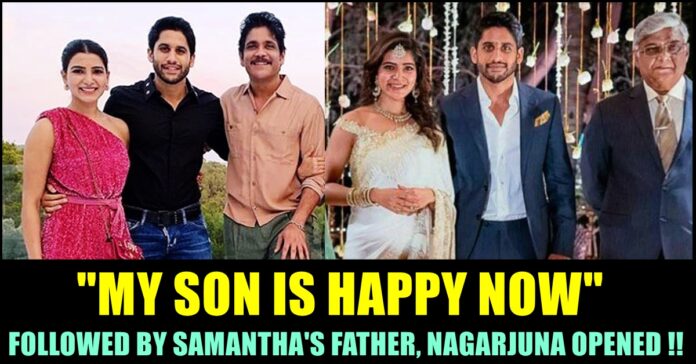 Seasoned actor Nagarjuna opened about the mind state of his son post divorce. The”Ratchagan” actor said that his son is happy now and the phase went out if their lives. The actor is currently busy promoting his upcoming film “The Ghost” and made the statement while giving interview to Pinkvilla.

While he was asked how he reacts to everything that’s written about his son’s personal life, the actor said “He’s happy. That’s all I see. That’s good enough for me. It’s an experience that happened to him. Unfortunate”, according to News 18.

The Telugu Superstar further said, “we can’t keep moping about it. It’s gone, It’s out of our lives. So I hope, it will be out of everybody’s life”

Most recently, Joseph Prabhu, father of actress Samantha shared the pictures of her marriage with Naga Chaithanya with an emotional note. He said that the story doesn’t exist anymore and expressed his wish of starting a new story and new chapter. Joseph also said that he sat down for a long time to overcome the emotions and added that life is too short to sit down with feelings and get bogged down.

Almost after a year, the actress’s father shared the pictures of her marriage with actor Naga Chaithanya and wrote “LONG LONG AGO ; THERE WAS A STORY ; AND IT DOESN’T EXIST ANYMORE !!! SO, LET’S START A NEW STORY ; AND A NEW CHAPTER !!!” as his caption. 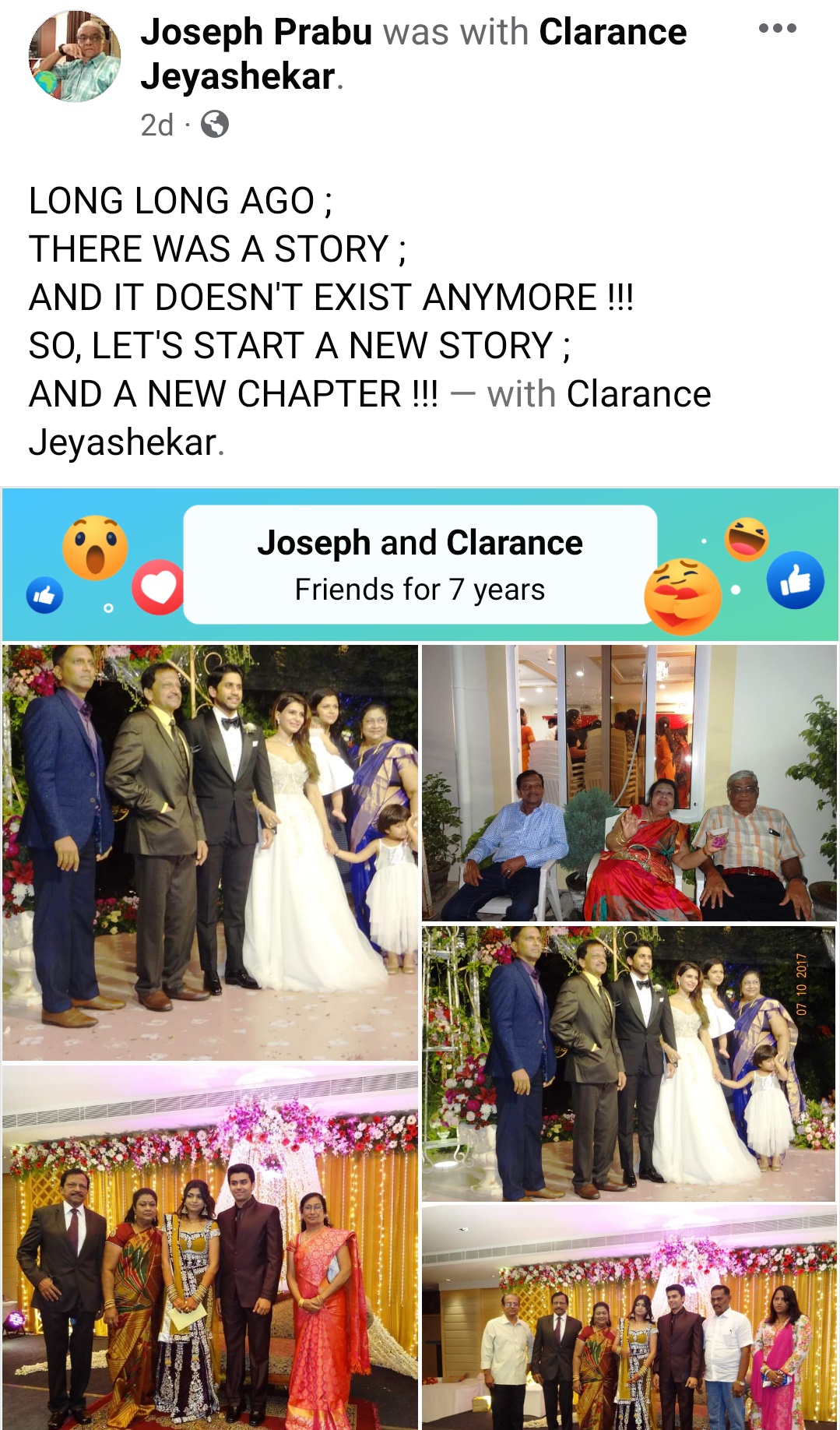 Responding to the comments that were made under his post, Joseph Prabhu dropped a comment saying “Thanks for all your feelings. Yes, I sat down for a long time to overcome the emotions. Life is to short to sit down with feelings and get bogged down” 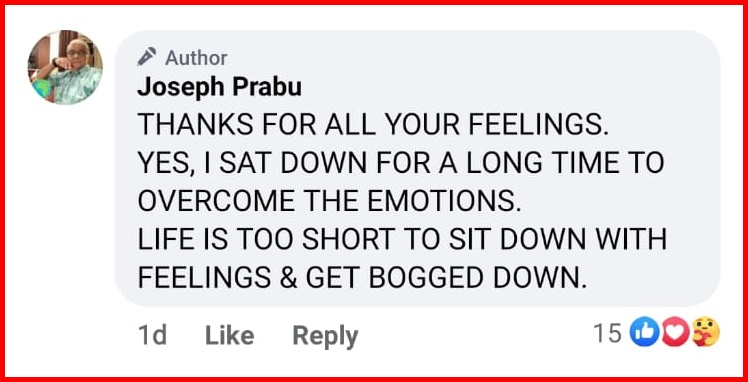 Previous articleArun Vijay Opened About Thalapathy Vijay’s Role In His Comeback !!
Next article“Am I A Thief Or Murderer” – Ajithkumar’s Video Is Trending !!