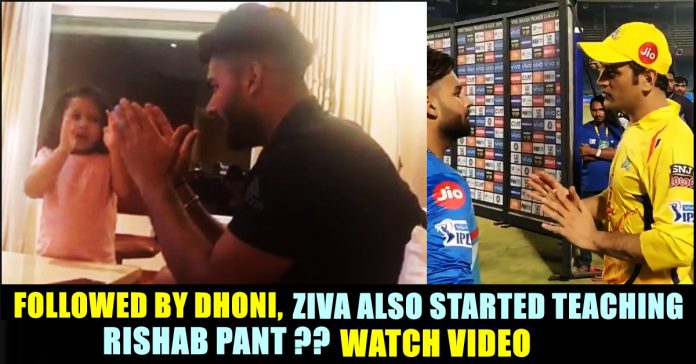 MS Dhoni’s daughter Ziva once again stole the limelight after a video was shared from her Instagram handle (yes, she has a verified account) where she can be seen teaching Hindi to Rishabh Pant.

In the video, the Delhi Capitals wicketkeeper-batsman can be seen reciting the Hindi vowels after Ziva. Towards the end of the video she can also be seen chiding Pant for missing out two letters. The Delhi Capitals cricketer also thanked Dhoni’s daughter for teaching her so nicely. 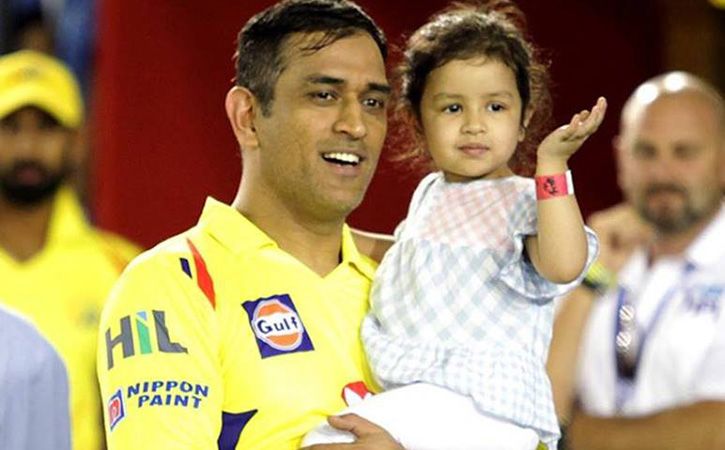 Rishabh Pant is considered to be the next big finisher after MS Dhoni but the young cricketer is still in the nascent stages of his careers. Pant has been idolising MS Dhoni and has revealed he has learnt a lot while watching him bat and sharing the crease with the senior wicketkeeper-batsman.

“Whenever I needed any support from Mahi bhai, I used to ask him. From my IPL contract to my wicket-keeping, he’s advised me on everything,” Rishabh Pant had said in the past. Meanwhile the official twitter handle of Chennai Super Kings shared a video of Rishabh Pant and Dhoni during the post match of Qualifier-2. The video shows Dhoni giving some tips on improving the game.

During the Qualifier 2 match between Chennai Super Kings and Delhi Capitals on Saturday, Pant was seen taking advice from Dhoni after the encounter. Dhoni is considered to be one of the sharpest minds in world cricket and Pant was seen nodding along as the veteran gave him a couple of tips about batting and wicket-keeping. Chennai Super Kings rode half centuries from Faf du Plessis and Shane Watson to storm into their eighth Indian Premier League (IPL) final as they beat Delhi Capitals by six wickets in the Qualifier 2. Rishabh Pant had hit 25-ball 38 in the IPL 2019 Qualifier 2 where Delhi Capitals failed to make it to their first IPL final ever.

The IPL 2019 final will be contested between Mumbai Indians and Chennai Super Kings on Sunday in Hyderabad.

Previous articleThis Famous Kollywood Director Thought That Those Tamil Tweets Are From Harbhajan Singh Himself !! Check Out !!
Next articleRandom Insta User Tried To Troll Mahesh Babu’s Wife !! She Shut Him Down Like A Boss !!

The first single from Vijay and Nayanthara-starrer Bigil has hit the internet with a bang on Tuesday, July 23. This development comes after the...