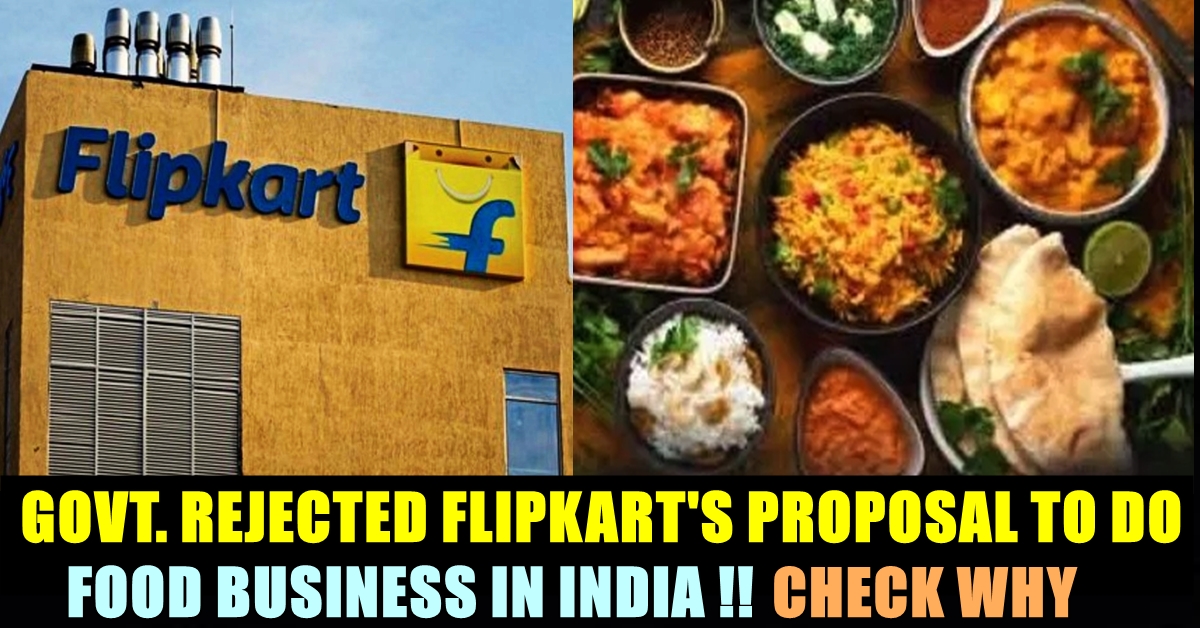 After Indian government rejected Flipkart’s proposal to start food retail in the country, Walmart Inc’s Indian e-commerce unit has said that it would re-apply for a license again. It was rejected a week before due to regulatory issues, according to reports. India’s department for Promotion of industry and Internal trade rejected the proposal of flipkart to sell food products through online and mobile platforms.

Almost after a year, Flipkart Farmermart filed its application only to get rejected by the government as it was carved out as a separate category for foreign direct investment- as an entity that runs a marketplace, or has a equity from it, and will not be allowed to sell product on its platforms.

While talking about this attempt of selling food in India, CEO of Flipkart Kalyan Krishnamurthy said “an important part of our efforts to boost Indian agriculture as well as food processing industry in the country”. On the whole, the company has said to have invested Rs.2,500 crore into the food retail business in the country.

The reports suggested that the main reason behind Flipkart’s rejection is due to its application which did not fit with the current guidelines of FDI. It is notable that a few year ago the government had allowed 100% FDI in food retail, to sell produced or made-in-India goods, though the approval route as it sought to push tie ups with domestic manufacturers as well as farmers. The latest move will, come as a setback to Flipkart, which was hoping to tap into farms to source goods directly from growers and sell it through its platform. The intention was also to help farmers produce in line with demand and assure a certain level of income by sourcing at the farm gate. The move was also seen as a window to enable to flipkart to enter the physical stores format.

The Indian government has tightened the FDI norms to ensure that e-marketplaces, do not turn into inventory-based models and remain a platform where third party sellers directly engage with buyers. Department for Promotion of industry and Internal trade has put a special scanner under Amazon, while Flipkarts and its associates have also come under the lens, prompting the wall mart owned outfit to tweak its operations.

However, other e-commerce players such as Amazon and Grofers got the government approval to enter the food retail business almost three years ago. “We are evaluating the department’s response and intend to re-apply as we look to continue making a significant impact on small business and communities in India” spokesperson of Flipkart said in a statement to media.

Amazon.com Inc’s India unit, Alibaba backed Big basket, Softbank based Grofers, and Reliance industry Ltd’s recently launched Jio mart will be the competitors for Flipkart if they ever get a chance to run the business in India.