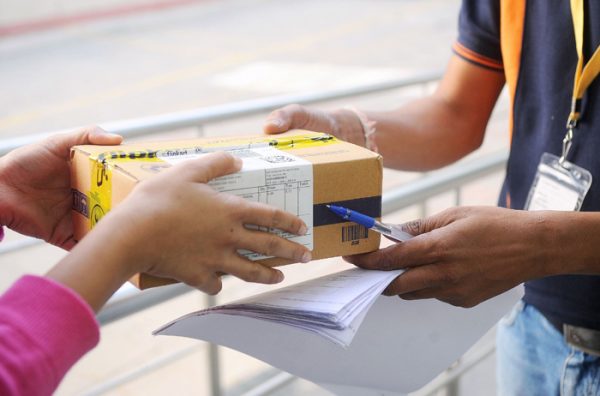 Most of you these days like to purchase your favorite phone online, isn’t it? But what if you login to a very trustworthy and reputed website for placing the order, but later realize that the phone was fake? Won’t you be shattered? Yes, sometimes, the parcels that you receive aren’t genuine. This happened in case of Flipkart.

A 21 year old named B Naveen who was working in Flipkart in the delivery department used all his smartness and earned good money! Yes, he stole 12 iPhones, the total cost of which was around 5 lakhs. Do you know what he did with them? Well, he replaced them with fake ones and sent it back to the company.
Naveen was incharge of the Washermenpet area in Chennai and what he did was placed orders using some fake addresses, replaced original iPhones with fake ones and then returned them to the company. Yes, he actually claimed that those phones were returned by customers who weren’t satisfied with the purchase.

How did the company realize?

Flipkart became very suspicious after it noticed that in 1 month so many phones are being returned. The company conducted an internal inquiry after which it came to know that most of the phones that were being returned are coming from Chennai courier office. Later the company realized that the phones are fake.
Vetriselvam, the owner of the warehouse then filed a complaint with Madhavaram police station. The main suspect was Naveen who had joined just 4 months back and was assigned the North Chennai area. After investigations, it was revealed that this thing was being done since last 1 month.

Police officials say that Naveen had bought 1 original phone first and then purchased a fake one from Ritchie street to replace it. Then it was sent back to the warehouse claiming that the customer returned it.
Inspector K Shankar from Madhavaram Police Station stated that since Naveen didn’t get caught, he continued doing it.
Naveen is a B.Com graduate and he was placed in Flipkart through a management firm. Police officials say that since the office has CCTV cameras, Naveen couldn’t continue there and hence the entire operations were being carried out from his home.
The officer further added “His salary was not adequate to repay loans. He led a luxurious life in college by borrowing money from several friends,”
Naveen has confessed the crime himself after being grilled by the police. Now, he is remanded in judicial custody. So guys, what do you think, isn’t Naveen too smart? Do let us know your thoughts in our comments section below.
News Source