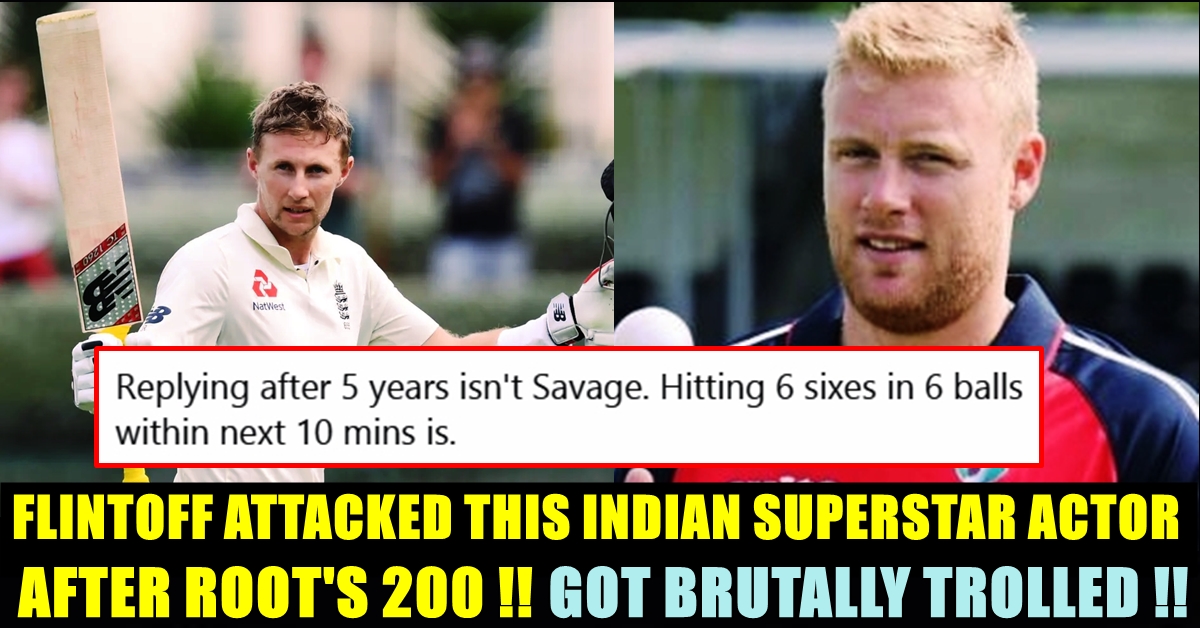 After England captain Joe Root displayed an excellent batting performance to score a double century in the first innings of the first test match between India and England that is being progressed in the Chepauk Stadium of Chennai. Meanwhile, Famous former England cricketer Andrew Flintoff came up with a tweet pointing out a four year old tweet of Indian Superstar Amitabh Bachchan. In that tweet, Amitabh asked who Joe Root is when he was compared with Virat Kohli.

While cricket experts and fans were lauding the batting performance of the left handed batsman, Andrew Flintoff, former England all rounder, shared a tweet of Amitabh Bachchan which was posted in the year 2016 and wrote “With the greatest respect , this aged well”

In 2016, when Flintoff uploaded a tweet writing “At this rate Virat Kohli
will be as good as Joe root one day ! Not sure who England team will meet in the final now !” Amitabh replied asking who Joe root is.

Now, after four long years, after Root scoring a double century in his 100th test match, Flintoff shared the reply of Amitabh and wrote “With the greatest respect , this aged well” by adding a laughing emoji.

With the greatest respect , this aged well 😂 https://t.co/sjhs7HGT1d

Indian fans who saw this reply of Flintoff, started trolling him for waiting four long years to upload this tweets. Many of them also remembered him the reply provided by Yuvraj Singh with his six sixes after having a face off with him in the T 20 world cup 2007.

Check out some of the replies below :

Replying after 5 years isn't Savage. Hitting 6 sixes in 6 balls within next 10 mins is.

Don't forget your Father. Your beloved Lord's is still under his feet. And this will never age, cz it's immortal.😂 pic.twitter.com/mm0H6aKYZd

With the greatest respect, Stuart Broad literally aged well after this.. pic.twitter.com/ovALCDPAD7

With the greatest respect , this also aged well 😂 pic.twitter.com/LrZ90WZcKi

Lol. You had to wait for 5 years for this moment. Still Virat is way ahead of Root.

Comment your views on these replies Flintoff is receiving !!