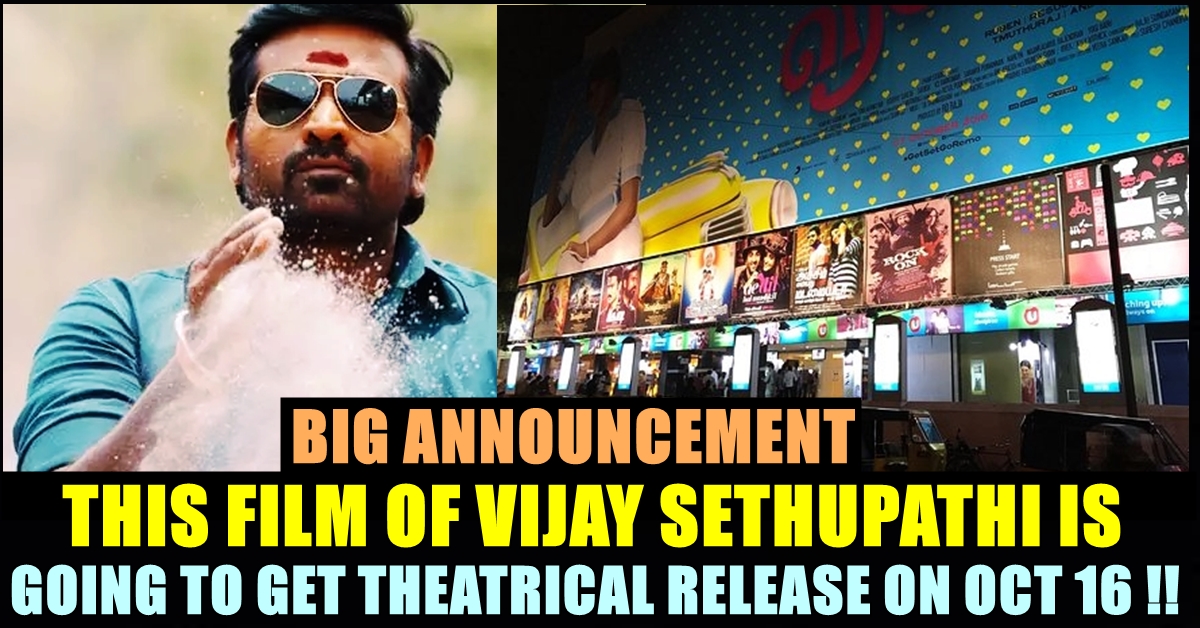 After TN minister Kadambur Raju said that theatres in Tamil nadu will not have reopen in anytime soon, fans of Tamil cinema are reacting in various ways. The minister announced it after central government recommended states to open theatres from 15th of October. It is notable that the TN government has granted permission to resume with the shooting of films earlier last month.

It has been over 7 months since the theatres shut down in Tamil nadu. When central government recommended the states to reopen theatres from 15th of October as a part of Unlock 5.0, the TN government has decided not to open it due to the increasing number of COVID 19 positive cases. The state has been reporting at least 5000 cases per day in daily basis. Minister Kadambur Raji, in an interaction with media, has said that they denied permission to open theatres in Tamil nadu.

Films such as Vijay’s “Master”, Dhanush’s “Jagame Thanthiram”, Ranveer Singh’s “83” are some of the high profile Tamil films that are waiting for the theatres to reopen to get released. Meanwhile, makers of Suriya’s “Soorarai Pottru”, Nayanthara’s “Mookuthi Amman” have decided to release their films in OTT platforms.

Now, to our surprise, actress Aishwarya Rajesh came up with a tweet saying that her film “Ka. Pae. Ranasingam” is going to be screened in theatres. She said that the film is available in theatres from 16th October. “In theatres near you”, How long did we wait to say this! This is an emotional moment to all of us as we are back after a long break to give you the theatrical experience. Watch #KaPaeRanasingam in cinemas from OCT 16!” read the tweet of Aishwarya Rajesh.

“In theatres near you”, How long did we wait to say this! This is an emotional moment to all of us as we are back after a long break to give you the theatrical experience. Watch #KaPaeRanasingam in cinemas from OCT 16!🔥💪#RanasingamInTheatres@VijaySethuOffl @kjr_studios pic.twitter.com/G7lCVNNyCf

It is notable that Aishwarya Rajesh and Vijay Sethupathi’s “Kanavar Peyar Ranasingam” got a direct online release on pay per view portal Zee Plex. The film was released on 2nd of October and is available for Rs. 199 per view for the audience. It got released in 150 countries across the world.

Check out some of the reactions for Aishu’s announcement :

Hats off to you.. such a tremendous acting 👏👏👏.. keep going like dis!!

We all are missing the Theatre but honestly will the Theatre Owners and Producers afford to run in 50% capacity ?

Comment your views on K.P Ranasingam releasing on theatres !!

Dhoni’s Daughter Received Rape Threat After CSK’s Loss Against KKR !!
Internet Demands Immediate Arrest Against The Guy Who Made The Threat !!
Advertisement