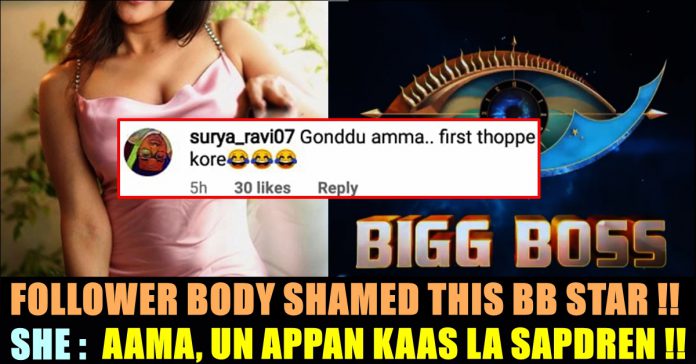 Amidst this lockdown crisis, aspiring heroines are keeping themselves engaged by uploading their pictures from the photoshoots they are conducting. Shivani Narayanan, Ramya Pandiyan, Divya Duraisami are some of the models who are impressing the online fans with their photoshoots.

When Ramya gained widespread acclaim and got the opportunity to feature in Vijay TV’s “Cooku With Comali” through her “terrace” photoshoots, Divya Duraisamy, a news anchor by profession went one step ahead and bagged a movie opportunities. She is going to be make her debut in reputed filmmaker Suseendran’s next venture which is going to have actor Jai in the lead role.

Former Bigg Boss star Sakshi Agarwal also uploading pictures from her photoshoots to keep her 10 lakh followers engaged. Before entering Bigg Boss show as one of the contestants, Sakshi appeared in films blockbuster films such as Petta, Viswasam in minor roles. She has been constantly updating her daily routines through her posts in Instagram.

Sakshi also uploaded videos from her work out sessions. Now, in one of her recent posts, the actress who got tired of receiving hateful comments from miscreants, decided to give them back to shut them once and for all. For posing with a pink camisole, few of the Instagram users body shamed Sakshi Agarwal which grabbed her attention.

For this post, one of a guy named as “Surya Ravi”, body shamed her by asking her to reduce her belly fat. “Not just putting hot workout videos jst to gain attention from audience..!! You should have good workout and proper food diet.!! Try to get Movie chance from your acting talent not from body show..!! Grow up..” his comment on the actress’s post read followed by an abusive comment.

Replying to his comment, Sakshi gave him back by asking “Am I eating in your father’s money?” by writing “aama unode appan kaas le saaptrein”

Check out the screen shot of her replies here :

Followed by this, Surya Ravi asked Sakshi to watch Pogo channel to get a reply from her saying “thuuuu… moodu”

Sakshi also replied to other trollers who mocked her picture.

The actress said that she feels motivated on seeing the hate comments. She also challenged Suriya Ravi who mocked her to post abs workout video if he have balls.

Previous articleDirector Who Worked With Suriya Wants Him To Reconsider His Decision !!
Next articleVivekh Blamed Non-Vegetarians For The Virus Spread !! Check Reactions

“I only asked my fans to give milk to people in large vessels, I did not asked them to waste milk on my banner,...

“There Is No Tamil Language Without Hindu Religion” – H. Raja While Promoting “Ruthra Thaandavam”

BJP politician H. Raja claimed that there is no Tamil language without Hindu religion in a press meet that took place to promote the...