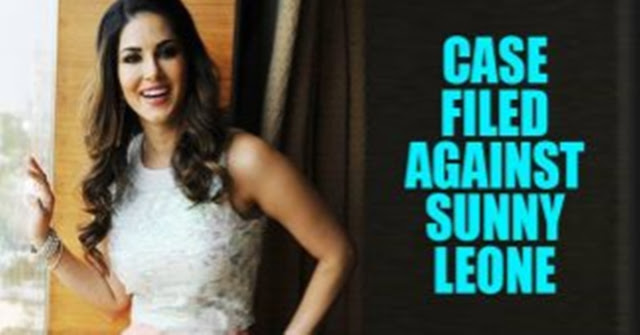 After singing the National Anthem at Pro Kabaddi League match, Sunny Leone was all excited. However, things have messed up now since a complaint has been filed by a guy named Ullas PR as he believed that Sunny sung that National Anthem incorrectly.

You heard it right; Ullas, a Delhi resident filed a case at Ashok Nagar Police Station against Sunny Leone and stated that certain words were pronounced incorrectly. Moreover, Ullas said that since Sunny is quite popular, this act of hers might have an impact on her fans as well.
Ullas was very upset and said that Sunny Leone could have rehearsed the National Anthem the same way she rehearses her dialogues. He added that Sunny should have practiced more!
However, Sunny Leone had practiced a lot before the event! She had even tweeted the pictures; have a look!

In this case is something wrong with Sunny Leone’s pronunciations or is something wrong with Ullas PR as earlier too he filed complaint against Amitabh Bachchan for incorrectly singing the national Anthem. It seems Ullas has extra-ordinary hearing skills! Only time would tell as to who is wrong; till then You can watch the video and see whether Sunny has actually sung incorrectly or not!

So guys, did you find anything wrong? Do let us know your comments in our comments section below.
News Source
Previous article12 Most Happening Pubs In Chennai, You Should Visit Atleast Once For Saturday Night Party!
Next articleRemember The Students Who Threw The Dog From The Terrace? Here’s How Madras High Court Has Punished Them!

Harbhajan Singh is a veteran Indian off spinner since early 2000s. Playing for team India for several years, Harbhajan recently impressed fans with his...