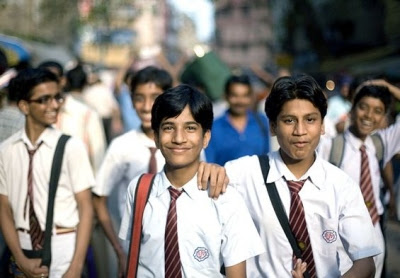 Now that the admission season is here, almost all the Career Guidance websites and newspapers seem to be filled with colleges where to take admission in, etc. But most of these places keep mum about the schools to seek admission in after pre-schools and kinder gardens; after all, this step carries heavy weightage and decides much of the career later on.

So, in this list, we’ll try and find out some of the best schools in Chennai where you can admit your little ones and secure a nice academic future for them—

Founded in the year 1907 by the Anglo-Indian missionaries, the main purpose behind the foundation of St. Bede’s was to impart quality education of the European and Anglo-Indian children. Although mainly a day school for both Chennai and outstation students, it also has a Boys’ Home where only Anglo Indian Catholics can stay throughout their course.

With a solid backing of 56 highly qualified teachers, the school excels in areas related to not only academics but also extracurricular activities. The school currently has around 2029 students on the rolls and is definitely one of the most respected and good schools in and around Chennai.

Located in College Road, Good Shepherd School is a convent school established in 1925 and have been producing excellent all round performances ever since. Although set up primarily for the Anglo Indian Catholics and the Europeans, the school has happily opened its gates to students from other societies and communities too. Considered as some of best schools in Chennai, it aims at making students not only academically profound and sound but also spiritually, morally, socially and culturally sound and active too. Among the school’s alumni team, we’ve got dignitaries like Sudha Shah, Vyjayanthimala, Divya Ajith and Sudha Raghunathan among others.

The school has got around 95 faculty members teaching a sum of around 1000 students.

Established in the recent past, in 1973 at Adyar, within 40 years of its inception, the school has collected enough goodwill to feature in the list of top schools in Chennai. The school doesn’t have any of the nursery classes and admits students only from class 1. The school’s vision is to create a healthy environment of imparting education where the student would not only gain knowledge but also be in a position to question it. It is only then that the students would be able to judge their positions and excel not only as a great student but also a better human being.

This school too, like the above two, excels in imparting the much needed extra-curricular activities to the students.

We all know about Kendriya Vidyalaya or The Central School that is exclusively meant for the children of Government employees. It is a co-educational, English medium school run by the famous Kendriya Vidyalaya Samgathan, an autonomous institute under the Government of India (Ministry of Human Resource Development. The best part of the school is that it is a totally secular school which doesn’t ever distinguish among the students—be it social or religious or racial. It claims to thrive on its mission to eradicate education-lag and hence, diminish all the inequalities. The school is located in the GPRA Campus in Thirumangalam and has been operative there since 1995.

Inspired by the Gurukul style of teaching from the Vedic times, Sri Vidhya Academy International School is an instance of great assimilation of old values and modern hi-tech equipments. With enjoying the status of #1 in best schools in Chennai, it is a registered Cambridge International Center and runs under the moderation of University of Cambridge and has an IGCSE affiliation. In order to maintain a healthy student-teacher ratio it limits its intake of students to 20 per class, and also urges the students to actively learn foreign languages too. Apart from the basic English, Tamil, French and Hindi, the students can also take up various Oriental and European languages too according to their wish. The school also has a boarding facility and A.C. rooms are available on triple-sharing basis.