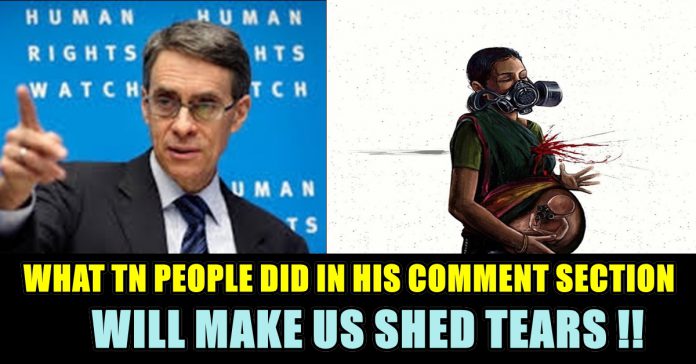 The death toll in police firing at anti-Sterlite plant protestors in Tuticorin rose to 13 on Thursday, as the region continues to witness unrest. The agitators continued to protest at Rajaji Salai after being removed from the secretariat premises and raised slogans against the government. The police arrested over 100 people for rioting, setting ablaze and damaging public property, and assaulting police personnel. Cases under IPC sections and the Tamil Nadu Public Property (Prevention of Damage and Loss) Act were registered against them. Of these, as many as 65 were granted bail by a Tuticorin court later in the day.

Normal life was affected in Thoothukudi, with shops closed and people remaining indoors even as the protest against police action spread across the state on Thursday, with demonstrations in districts like Erode, Ramanathapuram and Thiruvarur. In Thoothukudi, police have stepped up patrolling to stop people from forming groups in public places while internet connection has been shut in the district and neighbouring areas.

“Many students, youngsters are being thrashed in the protest site. We strongly condemn the inhuman action of the police,” he said.

Though The Tamil Nadu Pollution Control Board (TNPCB) has ordered the closure of Sterlite Copper Smelter plant in Thoothukudi, the public questioning about the lost of 13 lives whom killed by the police in the protest. The TNPCB ordered the closure and disconnection of electricity supply under provisions of Section 33A of the Water (Prevention and Control of Pollution) Act, 1974, and Section 31A of Air (Prevention and Control of Pollution) Act, 1971. And Tamilnadu people’s depression reflected in his statement as well :

Thank you @KenRoth for atleast you took up this issue when our PM @narendramodi and our CM @CMOTamilNadu fails to care. They don’t have time to do it

Pls take further step as soon as possible to provide justice for the people’s of Thoothukudi and take necessary action on the police who act as a terrorist. pic.twitter.com/dSb7bPGh6N

Thank you sir, for your attention towards the mass shooting of innocent tamil peoply by TN police

State govt of TN acted as per the instructions of Central govt! Then how will they investigate?? Intervention of the world is required now!

Thanks Kenneth, Actually 3 bulls were sent inside the crowd to make people run. Moreover, the collector office vehicles were torched by mufty police

And Ken, you must take a campaign at your end to ensure #Vedanta group, that owns the copper field in Tamil Nadu, it’s owner Anil Agarwal, are both booked for human rights violations.

This documentary shows how a newly wed family man was shot dead while he was on the way to visit his expecting wife.https://t.co/XnC5u8POMu

Previous articleSunny Leone Regrets For “Doing It In Her Own Way” : Heart Melting Message From The Bollywood Glam !!
Next articleThe Reason Vijay Sethupathi States For Acting In Rajinikanth’s Film Is Just Unbelievable !!

Bigg Boss show is a way to enter cinema industry, most of them believe. Many stars made it to the Big screen as well....

Tamil nadu assembly election for the year 2021 is nearing with so much drama to an extend that it could easily be made into...