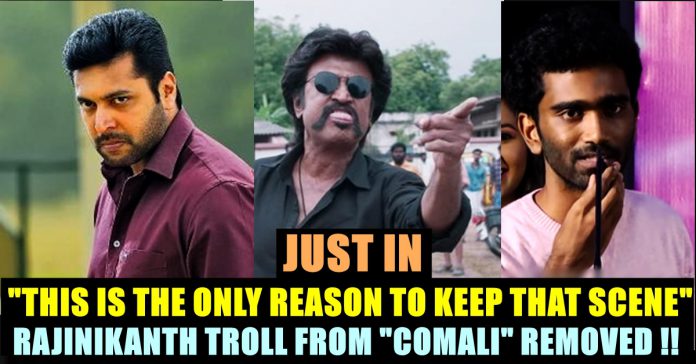 Jayam Ravi’s upcoming film Comali is now the talk of the K-Town after the release of its hilarious trailer. Directed by Pradeep Ranganathan, the film is about a hero who wakes from 16 years of coma and struggles to face the drastically changed world.

The trailer of the film was well-received by the audience as it was hilarious and decently-creative. However, the fans of Rajinikanth are furious with film and the crew since the trailer takes a dig at the Superstar. 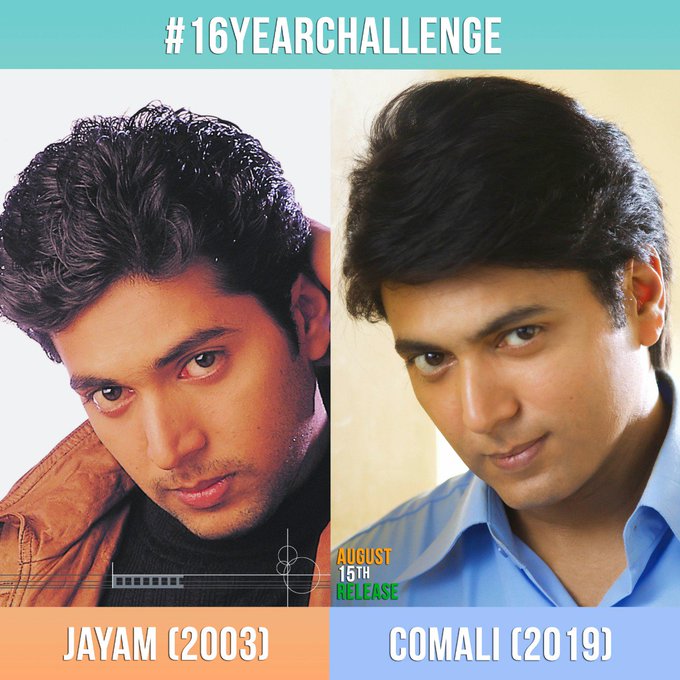 A two-minute long trailer of the movie was released on Saturday after which Rajini fans took to Twitter claiming that the actor has been portrayed wrongly in the movie. However, in a recent press meet, the director of the movie revealed why he kept such scene in the trailer.

“I am a biggest fan of Rajinikanth sir. I am his hardcore fan that I have done “Paalabishegam” for his Lingaa movie. The only reason behind me keeping this scene is to make him enter politics as soon as possible” said Pradeep, the director of the movie in a recent press meet.

The trailer seems to be mocking Rajinikanth’s unending delay in entering politics, which has upset Rajini fans and members of Rajini Makkal Mandram – a fan-based organisation. The upset fans are now demanding that certain scenes, which they think are unkind to Rajinikanth, be cut from the movie. 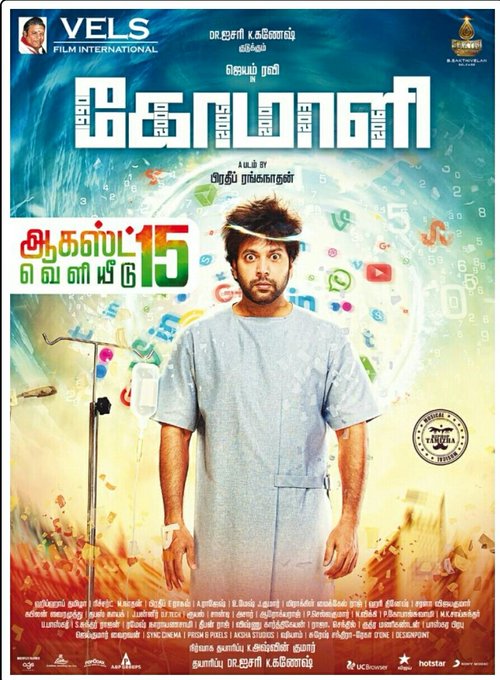 The latest update revealed that the makers of the movie have accepted to remove the particular scene from the film. Check out the update here :

Producer Dhananjayan wished the team for removing the scene :

If this is true, great step by @VelsFilmIntl #IsariGanesh sir on #Comali to ensure all #Thalaivar fans also support the film. Rajini sir stands tall as an icon always 👍👍👍💪💪 pic.twitter.com/KmJ3nRngKT

It is notable that, Joker movie director Raju Murugan asked apologize for his speech about Rajinikanth’s “Superstar” title in an audio launch. Top Director Got Severely Criticized For Disrespecting Rajini & Vijay !! Here’s His Clarification !!

What do you think on this explanation from the director ?? Comment your views below !!

Oththa Seruppu Size 7 directed by Radhakrishnan Parthiban is winning several awards since its release. Parthiban is one of the most experimental filmmakers of...