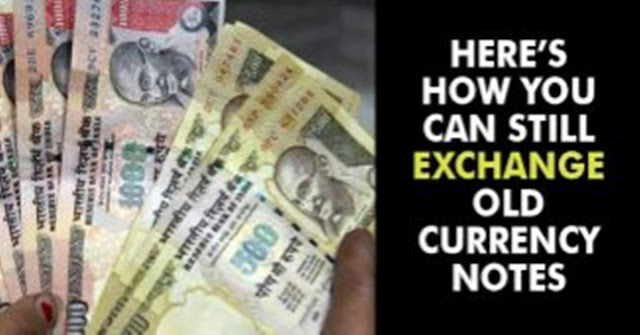 Yesterday, things became all the more chaotic, with government’s latest announcement that old currency notes won’t be exchanged over-the-counters anymore. But soon, people were bit relieved as government extended the usage of old notes for key utilities and emergency places till the 15th of December.

We failed to understand whether this move of Modi was to confuse black money holders or to confuse common man. Already, there is severe cash crunch and with exchange of notes having stopped completely, people are literally clueless.

Well, some good news for all of you! Today morning, RBI announced that old currency notes of Rs 500 and Rs 1000 would be exchanged but only at RBI counters and not in banks.
As of now, nothing is specified as to how long will RBI allow this exchange. In all, it has 19 counters all across India; so people can go there and get their old notes exchanged.
But don’t you feel that there will be too much chaos there? Banks, even though plenty in number failed to cater to the requirements of majority of people, so how can just 19 counters do justice?

Already there is a lot of flip flop in the demonetization policies. Things have become unpredictable and we never know what will come our way tomorrow!
So guys, what’s your take on this latest update? Do share your thoughts with us in our comments section below.
News Source
Continue Reading
Advertisement
Related Topics:Articles, Currency Ban