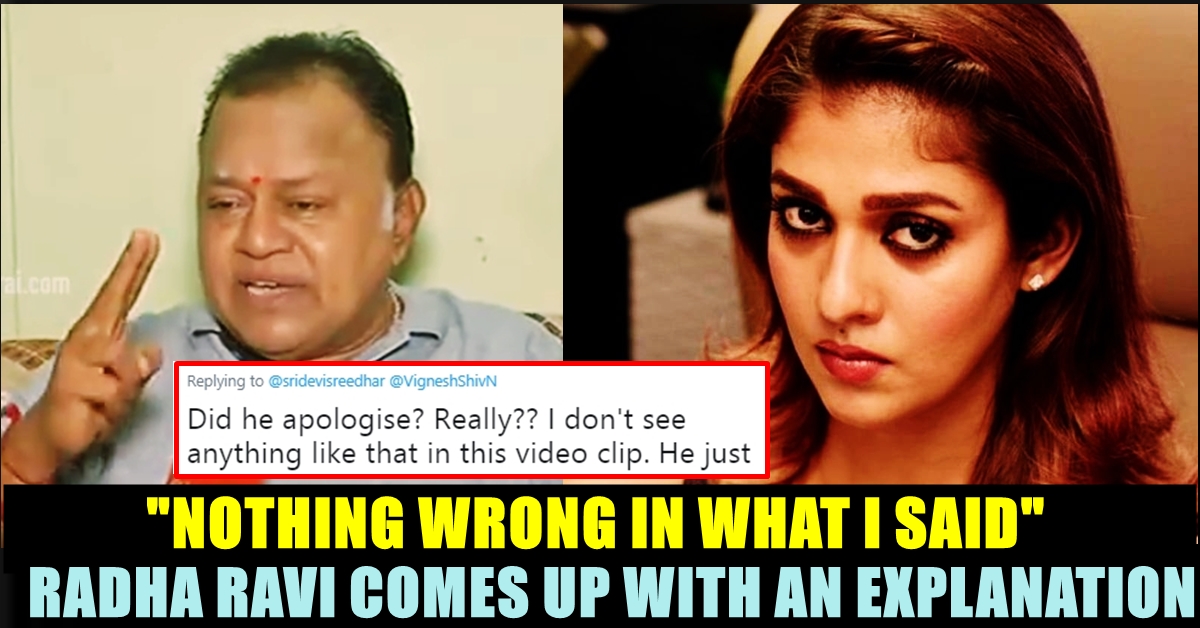 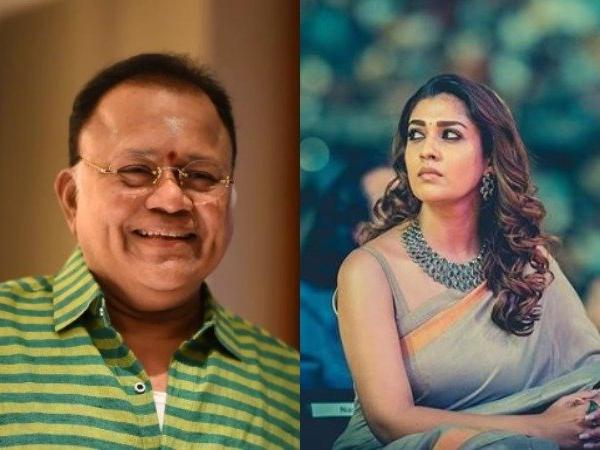 Radha Ravi, who is known for his insensitive digs, passed the comment on Nayanthara at the trailer launch of her upcoming Tamil film “Kolayuthir Kaalam” on Saturday.

Now in a way of giving clarification to the controversy Radha Ravi to Puthiya Thalaimurai said that if he talked anything wrong he would have been condemned on the stage itself. “Everyone appreciated me for my speech on that day. If I have talked anything wrong then I would have condemned by the people who participated on the launch. But they didn’t which means I haven’t talked anything wrong. If it hurts Nayanthara and Vignesh Shivan then would like to express my apologies to them. They belong to my art department. If it affected them mentally then I would like to apologize to them. I have no problem with meeting them in person to express my apology.” he said in the interveiw.
[wp_ad_camp_1]

In the Kolayuthir Kaalam press meet the actor said “Nayanthara has acted as a ghost and as goddess Sita as well. Earlier, K.R. Vijaya was the most popular choice to play the role of a goddess. Today, anyone can be cast to play a goddess. They can cast someone who you want to pray to when you look at them, they can also cast someone you want to call towards you when you see them,”

This created huge outrage in social media among fans and celebrities. Vignesh Shivan, boyfriend of Nayanthara condemned his act by tagging DMK president and Kanimozhi. As a result of which Radha Ravi was suspended from his post.

Check out some of the reactions for Radha Ravi’s apology :

Did he apologise? Really?? I don’t see anything like that in this video clip. He just affirming once again that he was right on his statement. Sick!

He is asking an apology NOW because the actions taken is not in his favor. What is the point of asking sorry when he is not respecting WOMEN.

What do you think on the apologize made by Radha ravi ?? Comment your views !!

From Kamal Haasan To Manijima Mohan, Here’s How Everyone Reacted On Nayanthara-Radha Ravi Issue !!
BREAKING : Nayanthara’s Official Statement Against Radha Ravi’s Misogynist Speech About Her !!