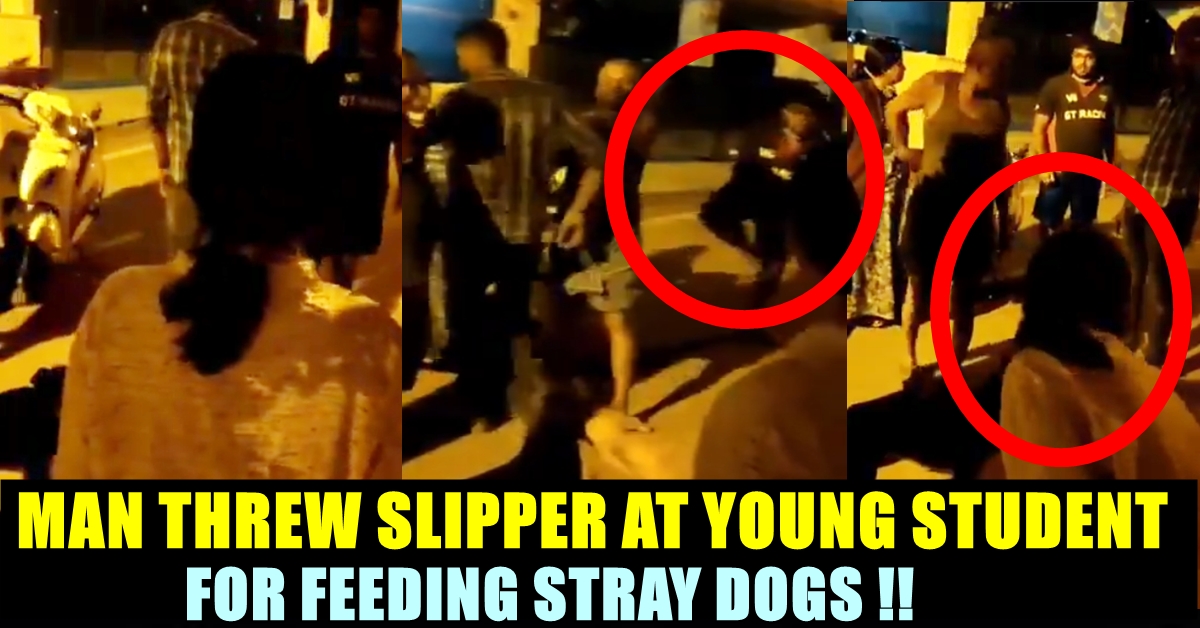 A viral video of a family attacking a young girl named Priya Chauhan for feeding stray dogs doing rounds in social media platforms. The video shows a verbal spat taking place between a family and Priya Chauhan who was with her friend. A man could be seen yelling at Priya for feeding the stray dogs and at the end of the video, he throws his slipper at her.

A legal case has been filed against the abusers after the victim, a law student, filed complaint against them in Annapoorneshwarinagar police station. Cases under IPC sections 341 (Wrongful restraint), 324 (voluntarily causing hurt by dangerous weapons or means), 355 (Assault and criminal force with intent or dishonour person), 504 (Intentional insult with intent to provoke breach of the peace), 506 (criminal intimidation), 34 (Acts done by several persons in furtherance of common intention).

Priya Chauhan, while disclosing about the incident through her tweet, said that the harassment is taking place for quite some time and added that she got lucky enough to get this on record after all these days. The incident took place on Sunday, at Nagawara in Bengaluru.

In the video, the man who was yelling at Priya, could be heard saying “If you want to feed dogs, feed them at your house.”. He also accused Priya by saying that she is feeding stray dogs in the street where he is living by coming from some other street. When Priya, out of dejection, asked a family member of the guy whether she is uneducated, he could be seen throwing his slipper at her”

Making the incident public, Priya, in her tweet said that she is feeding stray dogs in her street for past three long years. She went to add that she is getting ill treated for quite some time and said that the whole family tortured her for feeding those voiceless creatures.

“From last 3 years, we have been feeding strays in our street and we were getting ill treated for quite some time. This time we were lucky enough to get this on record. This whole family (in the video) tortured us just for feeding these voiceless. “ read the tweet of Priya.

1/3. From last 3 years, we have been feeding strays in our street and we were getting ill treated for quite some time. This time we were lucky enough to get this on record. This whole family (in the video) tortured us just for feeding these voiceless. @PetaIndia @NCWIndia pic.twitter.com/VN7cJ3ZE2t

As soon as the video surfaced in Internet, people in social media started reacting to it and trended a hashtag saying “Justice for Priya” in a way of seeking justice for the victim.

Kamal Took Indirect Jibe At DMK For Their Recent Announcement !!
Director Shankar Rejected Trisha After Seeing This Video Of Her ?? WATCH