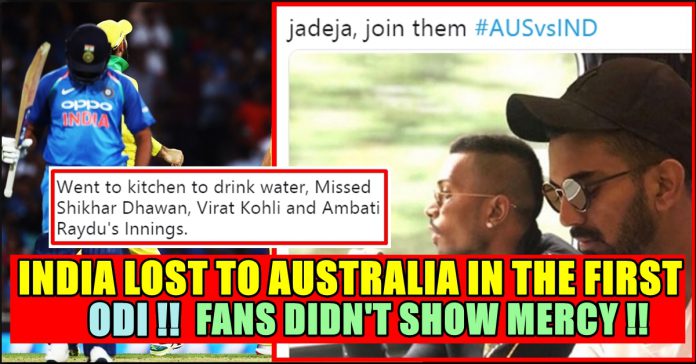 Rohit Sharma’s classy 133 went in vain as India failed to chase down 289 against Australia and lost the first ODI at the Sydney Cricket Ground by 34 runs. Rohit got virtually no support from the other Indian batsmen: MS Dhoni with 51 off 96 balls was the second highest scorer. 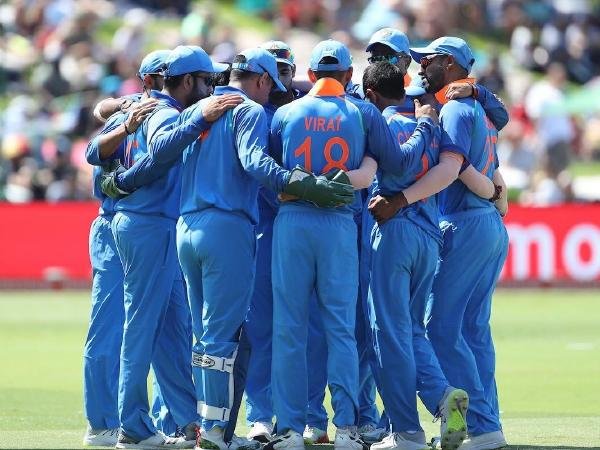 Shikhar Dhawan was out for a golden duck, Virat Kohli fell for 3 and Ambati Rayudu perished for a two-ball duck as India slipped to 4 for 3 off 3.5 overs against a top-quality Australian pace attack. Jason Behrendorff and Jhye Richardson bowled with a lot of heart to leave the strongest batting line-up in the world shaken and rocked. 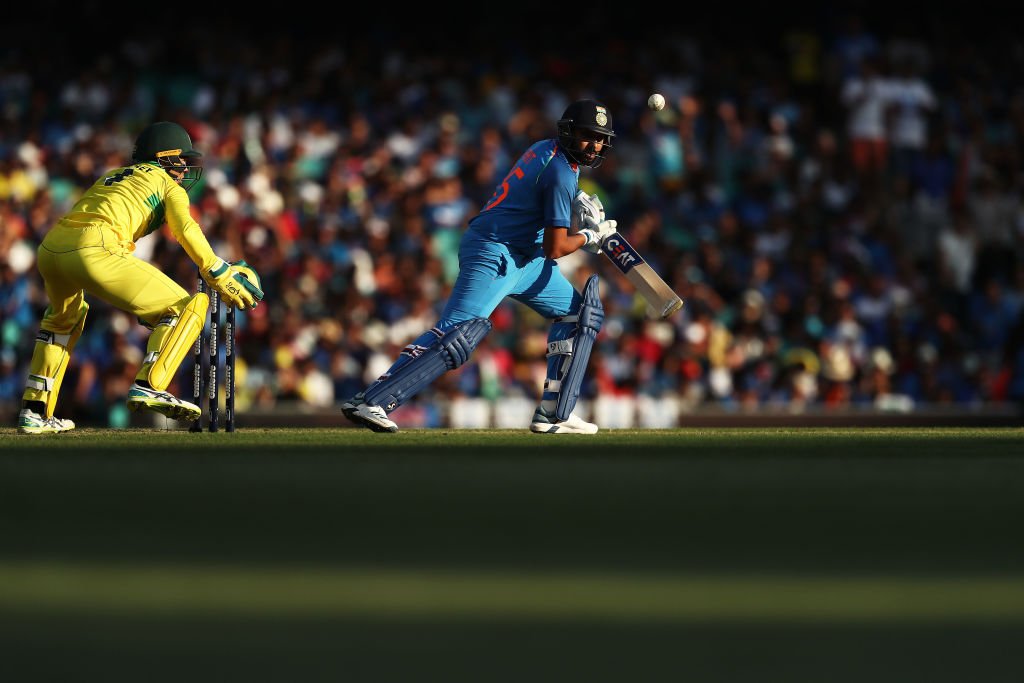 But India were not willing to give up that easily. Rohit Sharma, the second highest run-scorer in ODIs in 2018, was slow to get off the blocks but when he got off the mark with a six, it was clear he was going to keep India in the hunt and wage a heroic battle. He had in MS Dhoni an able ally but the former captain had not scored an ODI half-century since December 2017. 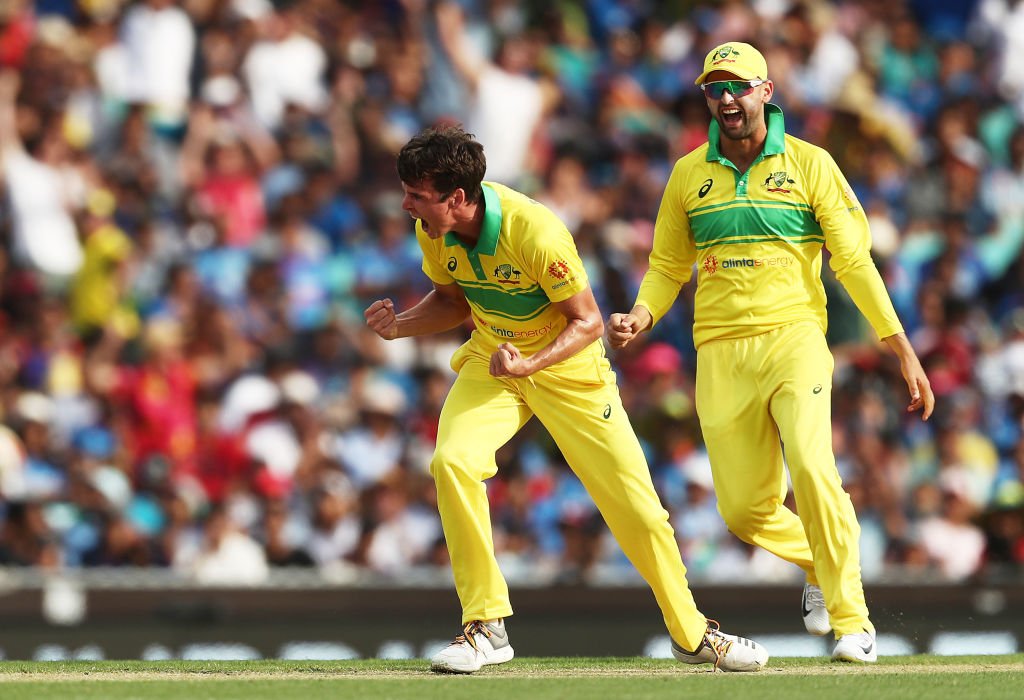 There was no way Australia could relax with the likes of Ravindra Jadeja and Bhuvneshwar Kumara – capable bats both – to follow. Jadeja did not last long and fell to Richardson with India slipping to 213 for 6. And when Rohit Sharma was dismissed for 133 in the 46th over, it was only a matter of time before Australia wrapped up the game.

Bhuvneshwar Kumar delayed the inevitable and managed to lower the deficit of defeat but at the end of the day, Australia were just too good. 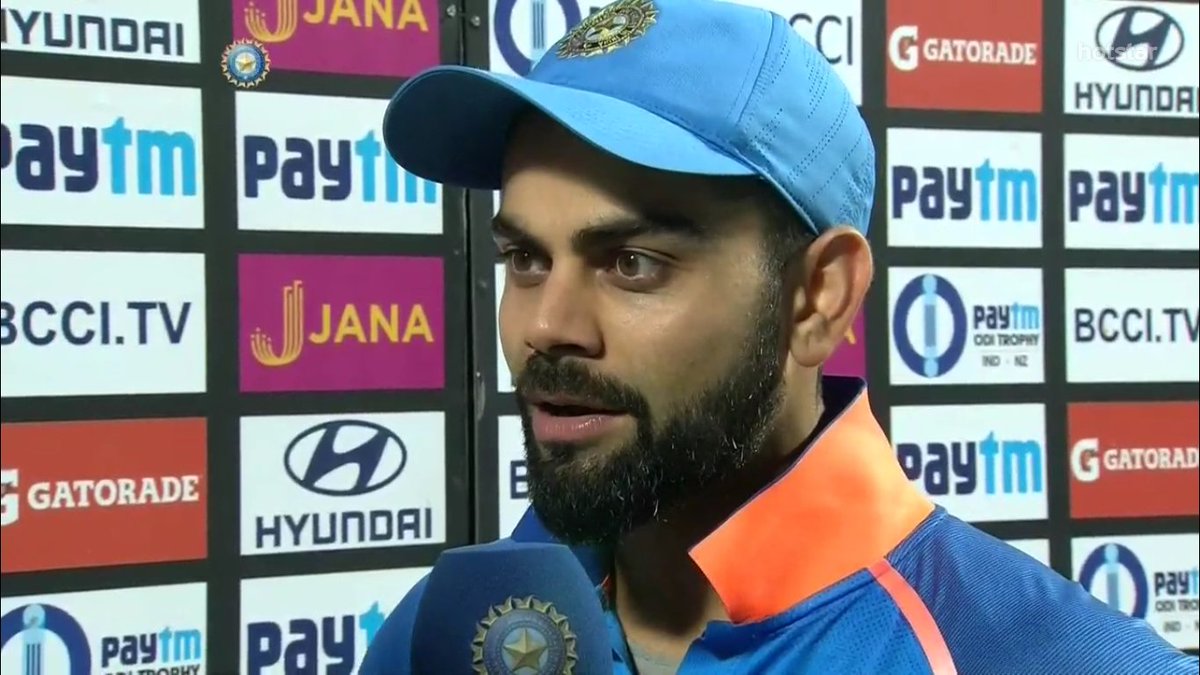 After this defeat fans were so much disappointed and showed their anger through trolls and abuses. Check out some of them here :

What an awful shot by Dinesh Karthik. Very disappointing. #AUSvsIND

Ages of India’s batting Top Seven in the Sydney ODI:

This is the 1st time India has fielded a Top Seven ageing 30 and more in an ODI. #AUSvIND

Poor jadeja.. all u had to do is stand in thr and let d man to do his job he is famous for… #Rohit #AUSvIND

You got to feel for this man!

So India Lost and People Want To Blame #MSDhoni

Stop being SHITTY #Cricket Fans and Stop Blaming #Dhoni for everything. #INDvAUS #AusvIndia

Has Dhoni become a weak link in middle order. Once again India lost match because of slow batting of Dhoni. pic.twitter.com/INNKjnSgZL

India lost. Why ? Because Dhoni , Kohli and Rohit fans are trolling each other 🙁🙁 #AUSvIND

Jadeja is just pile of shit.#bringbackPandya

Man of the match for Australia: Karan Johar #AUSvIND

For the few matches Manjrekar was away, India won its 1st away test series in Australia, Now he’s back 😂

Now we finally know what that gift hamper on Koffee with Karan contains:

Australia finally managed what they could not during the Test series – a substantial batting effort by the middle-order.

Australia would be particularly pleased with the efforts of all-rounder Marcus Stoinis whose cameo at the end helped Australia plunder 93 runs off the final 10th over of their innings.

Previous articleActor Shakthi Who Was Arrested For Drunk & Drive Has Now Apologized !! Check Out !!
Next articleFor Calling Girlfriend To His Home, Neighbours Thrashed This 30 Year Old Man !!

A Chance For The City Residents To Grow Their Own Food In Real Farm !! : Inspiring Initiative To Be Embraced !!

Imagine a scenario where you don’t have to visit a garden to buy vegetables. What’s better, you can choose to grow what you want...