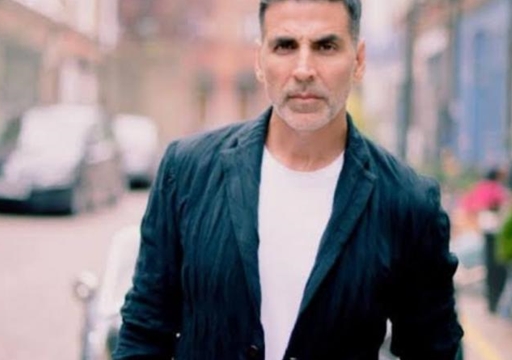 After receiving hatred from social media through trolls and criticisms for endorsing Vimal Elachi, Bollywood’s top tier actor Akshay Kumar came up with a press note stating that he will be mindful in future about choosing products to represent. The actor said that the advertisement will air till the contract is valid and sought apologize from the fans.

In the recent advertisement of the Pan Masala brand, Bollywood Superstars Shah Rukh Khan and Ajay Devgan welcomed Akshay Kumar to the universe of “Vimal”. In the video, all of them could be seen consuming the Vimal Elachi before posing with a Vimal salute to the fans.

Akshay fans got dejected after seeing the ad. Many started sharing in the old videos of him in which he talked against Tobacco and alcohol. The 2.0 actor became the latest one to join the Pan masala brand promos for their cardamom after Shah Rukh Khan and Ajay Devgan.

Check out some of the reactions that surfaced against the actor after the advertisement got released :

Tollywood Actor Allu Arjun was offered a large payment for an endorsement by a Pan Masala brand, but he rejected the offer.

This is what Bollywood actors Ajay Devgan, Shahrukh Khan and Akshay Kumar need to learn from him.

Akshay Kumar is a great business man. He knows how to fool Indians in the name of nationalism.#BoycottBollywood #AkshayKumar pic.twitter.com/i3AEiulRzN

Didn’t expect it from @akshaykumar pic.twitter.com/wAeKOHryqO

“I’m getting many big offers to endorse tobacco products but i refuse, i care about the health of people” – Akshay Kumar in 2018

Next level hypocrisy by Canadian Kumar

What is common between #AjayDevgn #AkshayKumar and #ShahRukhKhan

On seeing himself receiving backlash from his own fans, Akshay, on the wee hours of Thursday, came up with a post in his official Twitter handle, promising his fans that he will be mindful in the future.

“lam sorry. I would like to apologise to you, all my fans and well-wishers. Your reaction over the past few days has deeply affected me. While I have not and will not endorse tobacco, I respect the outpouring of your feelings in light of my association with Vimal Elaichi. With all humility, I step back.” Akshay said through his post.

“I have decided to contribute the entire endorsement fee towards a worthy
cause. The brand might continue airing the ads till the legal duration of
the contract that is binding upon me, but I promise to be extremely mindful
in making my future choices. In return I shall forever continue to ask for your
love and wishes” he further added.

Previous article“He Didn’t Let Me Sleep” – Actor Vemal Accused A Producer Of Blackmailing Him
Next articleStudent Maari Got Suspended For Abusing Teacher In Classroom!!

Fan Tried To Troll Ashwin For His Bowling Outside India !! He Shut Him Down Like A Boss !!

For those following Ravichandran Ashwin, it a well-known fact, he is not one to back down and let go any online trolling. And as...