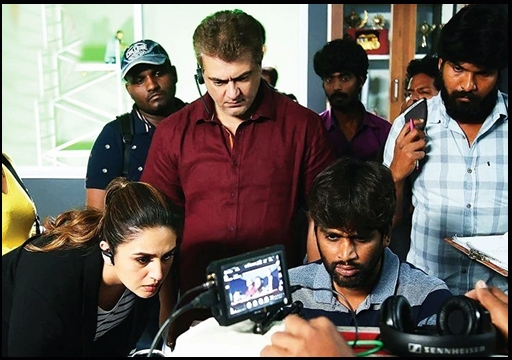 Uploading a couple of screenshots from the recently released “Valimai”, fans of Tamil cinema, especially fans of actor Ajith condemned the makers of “Valimai” for their lack of sincerity in the production of the film. Through the screen shot which was shared from illegal piracy, fans pointed out the camera man who was caught inside the frame. Many questioned how the makers could be that much lethargic for a film of a superstar like Ajith kumar.

“Valimai” revolves around a cop named Arjun who is about to hunt a biking gang which is involved in causing harm to the people of Chennai by providing drugs, committing murders and chain snatching by using their bike riding skills. When Arjun is all set to nab them with his experience in Police department, he comes to know about his own brother being the part of the evil gang.

Rest of the film lies on whether Arjun saved his brother and youngsters from tthe head of the evil gang. 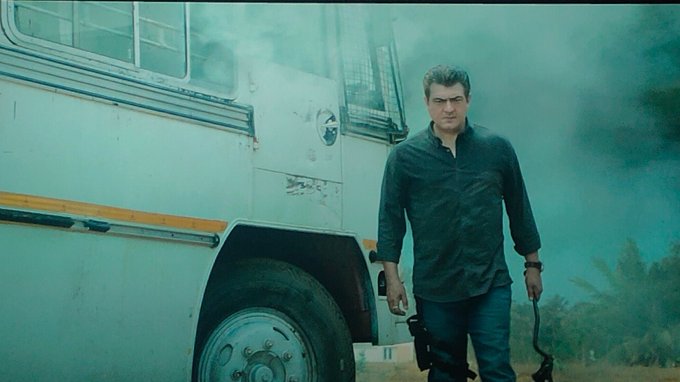 Ever since the most awaited “Valimai” starring Ajith kumar and Huma Qureshi released in theatres, the film is being strongly compared by the fans who watched a Tamil film named “Metro” which got released in the year 2016. Fans who felt that the plot of both the movies are same, opined their views in online platforms and few went on to state that “Valimai” is a copy of “Metro”. Reacting to the allegation, Director Anandha Krishnan who made “Metro” himself came up with a tweet opening about the similarities between his film and “Valimai”.

Recently, fans came up with a comparison video alleging that the climax sequence of “Valimai” got copied from “A new police story” Of Jackie Chan. Now, a number of fans slammed the “Valimai” makers for letting a camera man visible inside the frame.

One of the fans said that the editing of the film is so poor to an extent, in a scene, Ajith opens a car door after stepping down in the surface from his car.

Check out some of the reactions regarding the same below :

Can you believe they took two years for making this film? Nothing can justify this lethargic filmmaking. Now I’m curious to know what really happened behind the scenes. Vinoth should open up one day. https://t.co/w48ZPZNmQy

Better not to believe in directors taking their previous works in consideration
Every movie is a separate one https://t.co/BN4ASrixp3

Previous articleSamantha Slammed The Judgmental Comments She Faced For Her Attire!!
Next articleTamil Actress Ra*ed At Knife Point In Chennai!!

Update : Singer Pragathi Clarifies On Her Marriage With The Kollywood Actor Herself !! : Check Out !!

A video that shows Bigg Boss season 6 contestants degrading the title winners of previous seasons and talking ill about the performance of other...

Finally Vishnu Vishal Opened On The Reason Behind His Divorce !! Heart Breaking !!

Vishnu Vishal is an Indian film actor and producer who has appears in Tamil language films. He started his acting career in the year...