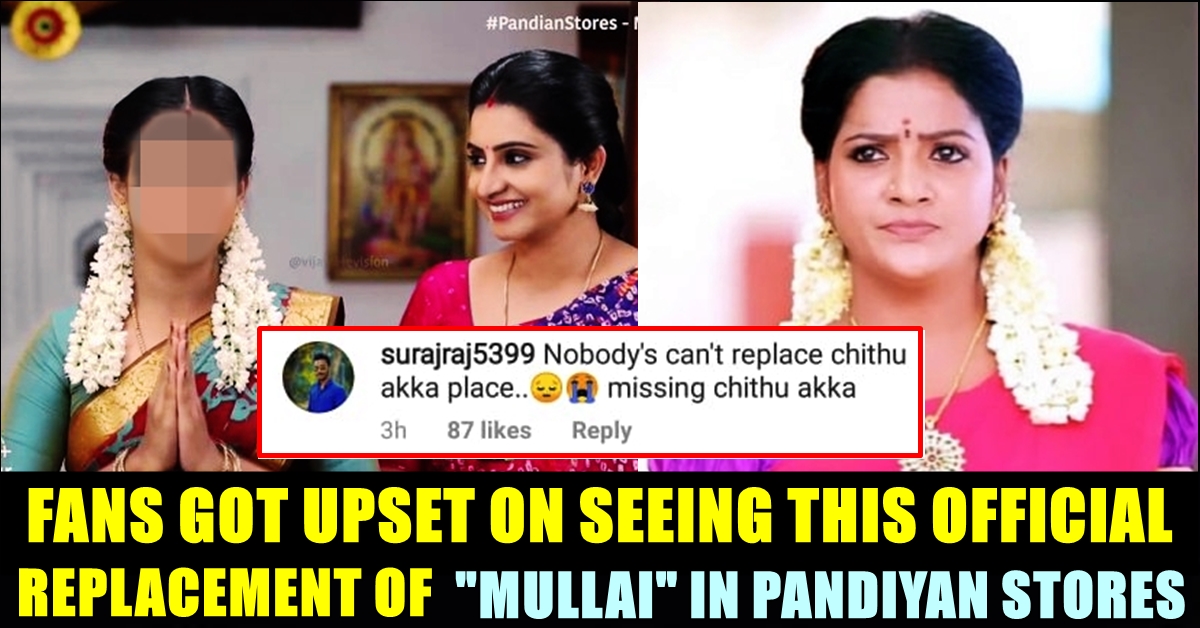 Fans and followers of Pandiyan Stores mega serial got upset on seeing the official replacement of “Mullai” announced by Vijay television. They are expressing their emotions in the comment section of the post uploaded by the official social media handles of the channel. “Mullai” character was played by Chithra, a 28 year old Television actress who died by committing suicide. Now, it has been announced that Kaavya Arivumani who is playing a role named “Arivu” in “Bharathi Kannamma” serial is going to replace the late actress.

The demise of young actress Chithra shook the entire Tamil television industry and its audience. Chennai Police have concluded that the death was caused by suicide. However, relatives of Chithra have alleged that there is a possibility of physical violence. During the investigation, Police have arrested Hemnath who married Chithra through register marriage during October month. He got arrested for allegedly abetting the suicide of the young actress. The actress’s body was cremated at the Besant Nagar crematorium in Chennai.

Several questions about the demise of VJ Chithra has been raising since the news surfaced. After the picture of her body surfaced, bruises were found in her face which made public to doubt the cause of her death. Chithra was found hanging in the hotel room’s bathroom during the wee hours of the day she died, reports suggested.

Chithra was seen very much enthusiastic hours before her demise according to her colleagues which left the public to speculate mysterious possibilities. The “Pandiyan Stores” actress was in EVP film city hours before her death to complete her part in the shooting for Start music. The episode in which Chithra took part was telecasted in the channel as well.

Since the demise of Chithra, speculations on her replacement for “Pandiyan Stores” serial is did rounds in social media. Initially, a report surfaced saying that actress Sharanya Turadi, a dear friend of Chithra is going to replace her in the serial. However, the “Nenjam Marappathillai” actress uploaded a story in her official Instagram account saying that she is not going to play the role and the role played by Chithra is irreplaceable. Some other artists were also expected to replace the role.

Now, the channel has officially announced that Kaavya is going to replace “Mullai”.

On seeing this post, many followers of the show got dejected and accepted the bitter truth that they couldn’t see Chithra in the serial hereafter. They also welcomed Kavya with their whole heart without spewing blind hatred. “No one can replace Chithu 😢💔but please support her she is also an actress” wrote a fan in Instagram. “No one can replace mullai character…better to remove Mullai character from the story…” a fan in twitter expressed his emotion.

Who are all think no one can replace Vj chitra's mullai character?..😔😔😔

Famous Celebrity Lauded Aari For The Way He Is Handling The Situation !!
“A Simple Guy From An Humble Background” – Director Heaped Praise On Rio