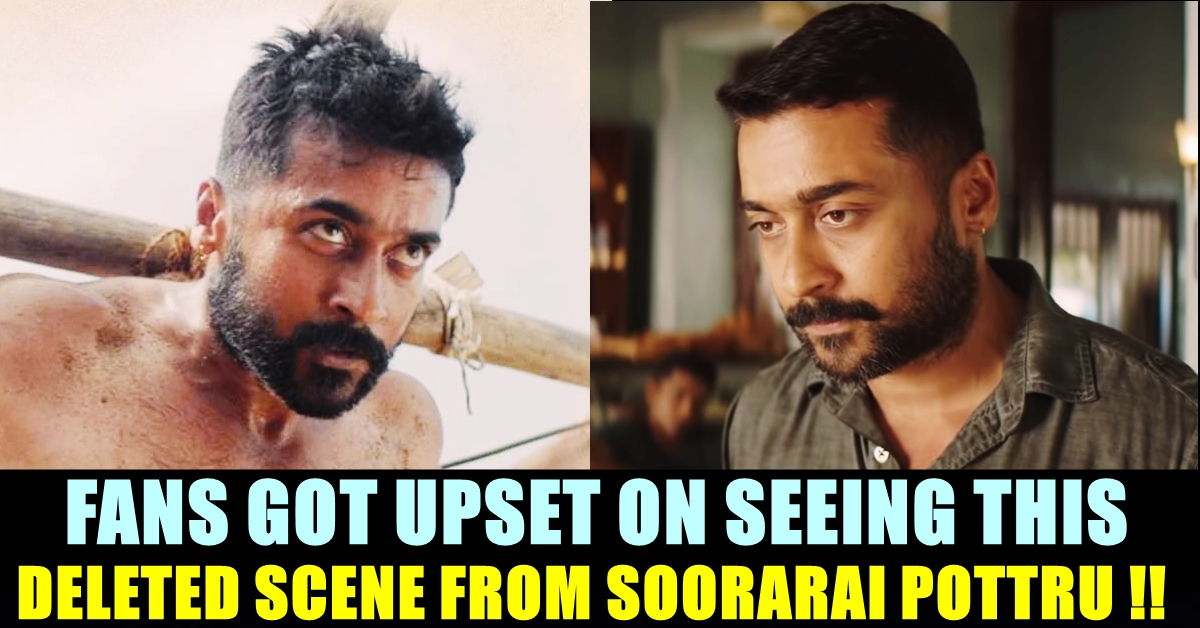 In a way of celebrating the 100th day of “Soorarai Pottru”, makers of the film released a scene which was deleted from the movie. The 109 seconds scene shows Maara working in the bakery of his wife and working in the agricultural land after facing continuous failure in launching airlines. The scene also shows an emotional Kaali Venkat interacting with Oorvashi after selling his land. As soon as witnessing the unseen clip, fans got upset on the fact that it failed take place in original cut if the film. They felt that the scene could have elevated the film to a next level and questioned the makers why they deleted it.

Suriya’s “Soorarai Pottru” released in Amazon Prime only to make the fans of Tamil cinema go gaga over it. It became the first Tamil film to have a background of flight, airport and airlines as its core plot. On seeing a top-tier actor’s film getting released after a very long time due to COVID 19 outbreak, fans of Internet became extremely happy and watched the film overnight.

On Friday, the film marked its 100th day from release and 2D entertainments released an unseen scene from the film in their official youtube channel. The scene shows Nadumaaran Rajangam taking orders from the customers of “Bommi bakery”. He also involves himself in agricultural farming and we could see the relatives of his wife criticizing him for not having a regular job.

Fans, after seeing the film got extremely upset and said the scene could have been added in the film. “இத ஏண்டா கட் pannuneenga இன்னமும் படம் நல்லா irunthurukkum” wrote a fan to express his dejection whereas another one said “Adei super ah iruku scenes lam itha en da delete panneenga antha farming scene la”

Comment your views on these reactions from fans after seeing the deleted scene !!