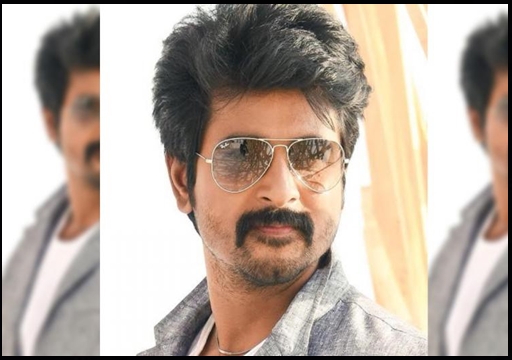 Experienced Television and Public show anchor Anjana Rangan, Maathevan, a popular host who worked for leading news channels, RJ Vijay and many other fans expressed their admiration over the gesture of Sivakarthikeyan in “RRR” pre release event. He who could have been simply participated in the show as a judge, noticed that the drummer of the event in going unnoticed and signalled Mirchi Vijay to mention his name. The kind gesture of the former anchor made the eyebrows of many online users to raise.

Karki Bava, chief editor of Vikatan magazine, said “Anchoring is not jus cracking timing jokes. Siva – the best anchor we had” in his tweet after watching the video whereas Anjana Rangan recognized Sivakarthikryan as the “Best”. Check out some of their reactions below :

As always loads to learn from u na 🙏🤗

Anchoring is not jus cracking timing jokes. Siva – the best anchor we had. https://t.co/WuBzw9o5LU

This one really melted my heart ❤️@Siva_Kartikeyan anna never forgets to acknowledge the talents, the way he reminds through sign 👌 Thangam ❤️

A kind gesture of Tamil star Sivakartikeyan at the “RRR” pre-release event won the hearts of fans. He who took part in the promotional event of Ram Charan- Junior NTR starrer, while sitting with prolific filmmaker SS Rajamouli, gestured anchor Vijay to mention the drummer and appreciate him. The actor who became an actor after years of hard work as an anchor, didn’t forget the past and recognized a true talent. There is no need for the star to take note on whether the drummer gets his recognition or not But the humble gesture of the emerging star won the hearts of many of the online users.

Before becoming one of the highest paid actors of Tamil cinema, Sivakarthikeyan did hosting for many years as we all know. The 36 year old actor took part in the pre release event of SS Rajamouli’s “RRR” and gave a speech praising the filmmaker and the actors starred in it. Siva said that he would watch the film in FDFS and promoted the film by saying that SS Rajamouli is one of his favourite filmmakers and he admires his hubmle nature despite of achieving huge successes.

While Siva was sitting with the filmmaker himself, Vijay who was hosting the show, thanked all the artists who decorated the show with their skills. When he forgot to mention the drummer, Siva gestured to Vijay, his Don co-star to mention him after which the latter made the audience applause for the musician. This gesture from the actor won the hearts of many online users which is evident through the comments that are surfacing in the micro blogging social media site.

On the work front, Sivakarthikeyan is all set to appear in “Don” which has massive expectation among the fans. The actor is also waiting for the release of his first sicence-fiction movie “Ayalaan”.

This Video Dhoni Joking About His Retirement Goes Viral !! You Just Cannot Miss !!