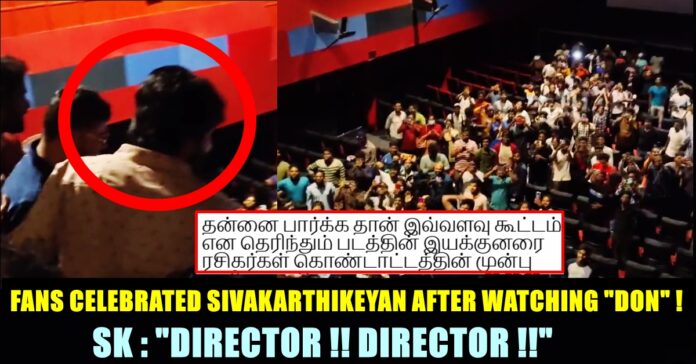 Sivakarthikeyan’s reply to the fans who were celebrating him after watching his film “Don” in theatre, has won hearts. To the fans who were chanting his name and celebrating him, Sivakarthikeyan stopped them and said “Director, Director” and made sure that content is magic and a director is the reason for the success of a creative project. It is notable that Sivakarthikeyan took blame on himself when his films like “Mr Local” miserably failed to impress the audience.

Plot of “Don” revolves around a youth played by Sivakarthikeyan who was compelled to join engineering by his father and a strict Dean who wants his students to be disciplined. The youth wants to find his area of interest throughout the film and also involves in mischievous activities. The film also talks about the importance of looking after our parents while they are alive. 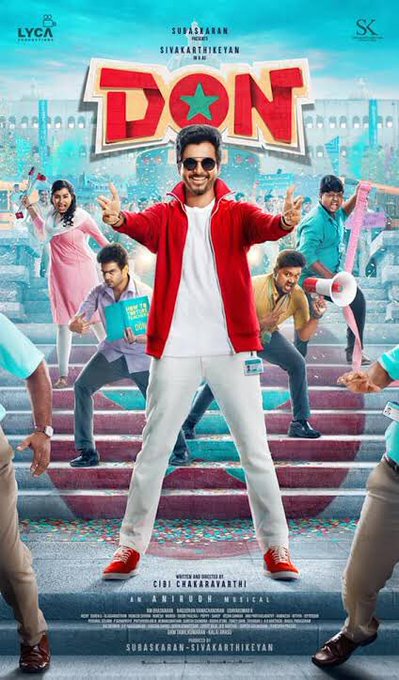 Post the release, the film is receiving good reviews from the audience and critics is expected become a milestone film in the acting career of Sivakarthikeyan. “The true sign of an effective film is when all its jokes make you laugh, and all the emotional moments–even the not-so-inventive ones–affect you. #Don has a surprisingly emotional core, inside its attractive exterior of a fun, college film. It feels honest, and it works” reviewer Sudhir Srinivasan said in his tweet.

In reply, the director made them silent and showed Cibi who was standing aside him and said “Director, Director” to make them cheer for him. The way Siva thought about giving the director his due credits, has won the hearts of many online users.

Vijay television is very well known for the reality shows it is streaming. From Jodi Number One, Kalakka Povathu Yaaru to Bigg Boss Tamil,...

Lokesh Kanagaraj of "Master", "Kaithi" fame reacted to the memes and speculations that surfaced about "Vikram" after the release of it's trailer. The filmmaker,...