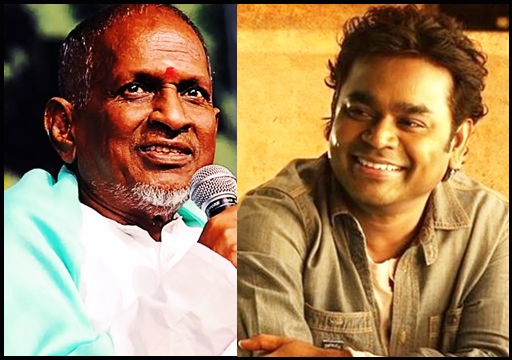 On Sunday, Tamil nadu based Oscar winning high profile musician A.R Rahman uploaded a picture in his official twitter account in which he was seen posing with legendary Tamil musician Ilayaraja who has been considered as his rival ever since he made his debut through Roja in the year 1992. The picture was clicked when Ilayaraja visited the studio of A.R Rahman named “Firdaus” which is located Dubai. Rahman proudly shared the picture in his twitter timeline and hoped for the maestro to compose something for his studio to play in the future. Surprisingly, Ilayaraja replied to Rahman in the micro blogging social media site which left the fans of music in awe. 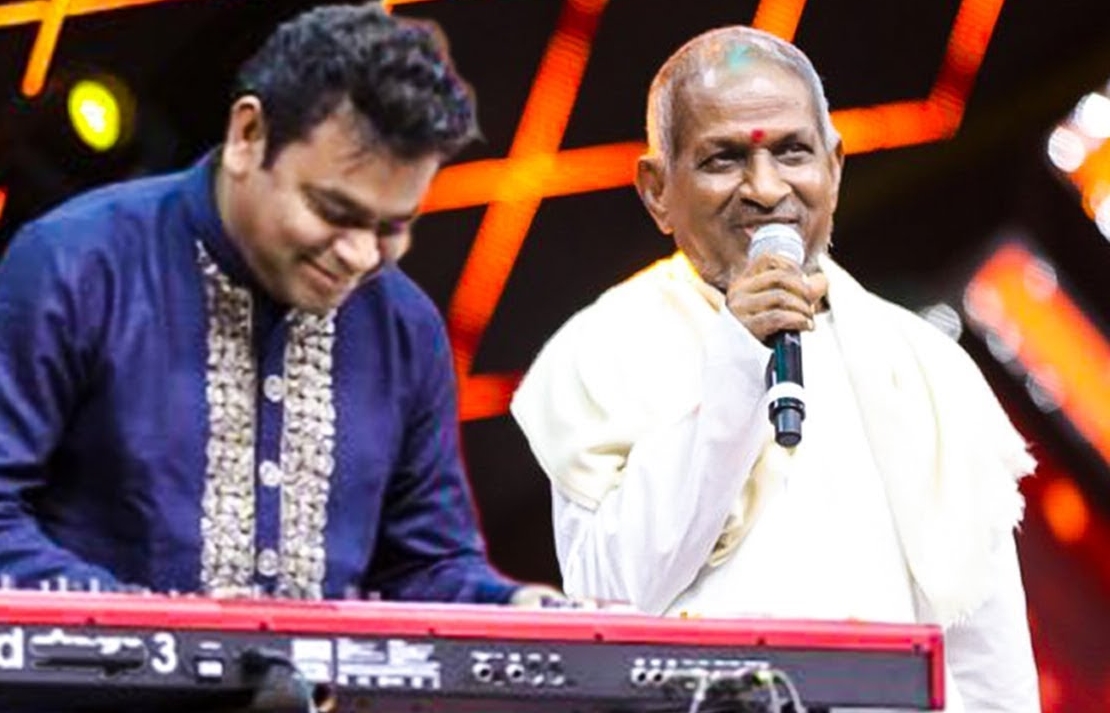 Previously, Ilayaraja and A.R Rahman bonded at the event “Ilayaraja 75” and left the fans of both of them in a shocked state. In the event, Rahman composed the most loved theme of “Punnagai Mannan” in front of Raja, video of which went viral among the users of online platforms. “Ilayaraja is my headmaster. I have learnt a lot from him. When I look at him, I’m amazed that a person can be like this too. We both have a bad habit, and that is music. Even when I’m awarded, Ilayaraja’s words of appreciation make me happy, because maestro’s don’t appreciate that easily, and when he appreciates, it’s because there’s real talent.” Rahman said in the event.

On 5th of March, Ilayaraja’s concert took place at “Dubai Expo 2020”. The event took place with thousands of fans thronging to witness the show of Ilayaraja. The musician who reached Dubai to perform at the event, visited A.R Rahman’s studio as well. Rahman after showing Raaja his studio, uploaded a picture he took with his master and wrote “Such a pleasure welcoming the Maestro @ilaiyaraaja to our Firdaus Studio… Hope he composes something amazing for our @FirdausOrch to play in the future!” as his caption.

Such a pleasure welcoming the Maestro @ilaiyaraaja to our Firdaus Studio… Hope he composes something amazing for our @FirdausOrch to play in the future! pic.twitter.com/oam4TJPL63

The tweet went viral in no time with cinema celebrities celebrating it along with fans. Surprisingly, Ilayaraja who is not much active in social media platforms, came up with a reply writing “request accepted.. will start composing soon. @arrahman”

Is this real or a dream? This are seeds of World Peace! That which the universe needs the most! Thank you Maestro Raaja sir and ARR sir! May the Almighty set His(Her) tunes through You! ❤️

This is the best thing you’ll see in the Tamil Twitter today 🤩😍🤩😍#ARRahman 🤜🤛 #Ilayaraja https://t.co/wAwQFgySul

Apart from war and pandemic.
The coming years are gonna be amazing
❤️❤️
One such 👇 https://t.co/ZQqcJT5Tzl

This is epic. Most exciting combo ❤️❤️❤️❤️. Infinite likes and reshares ❤️❤️

Previous articleFans Got Upset Over Legendary Indian Cricketer’s Comment On Warne !!
Next articleYoung Actor Warned “Blue Satta” Maaran For His Comments Against Ajith!!

Sam Jaisunder, director of "Scripture union", a Christian evangelical organisation in Tamil nadu, has been accused of sending inappropriate messages to girl children in...