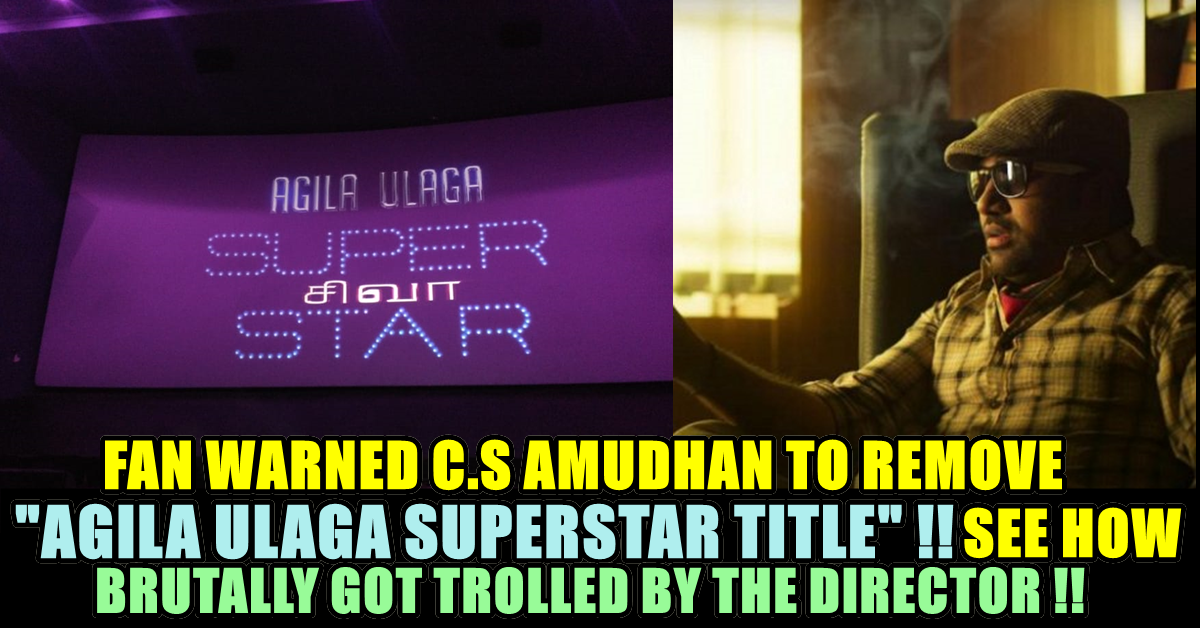 From Baahubali to Bairavaa, Veeram to Vivegam and Santosh Subramaniamto Saamy, you name it and director CS Amudhan has spared nobody in this film. The movie is a commentary on the state of cinema in Kollywood, what passes off as ‘mass’ and the complete lack of logic that audiences are forced to deal with. In a way, Tamizh Padam 2 is a review of the Tamil industry, one which the Producers’ Council cannot bristle over, dismiss or brush away with its usual ‘we have worked hard’ excuse.

Shiva and CS Amudhan’s Tamizh Padam 2 finally hit theatres yeterday. Last month the makers released a 40-second teaser that made us ROFL. In the teaser of Tamizh Padam 2, the makers trolled several politicians and big wigs of Tamil cinema. Right from Rajinikanth to Ajith, the makers did not spare anyone. In the film, there are references of Tamil films like Vijay Sethupathi’s Vikram Vedha, Ajith’s Vivegam and Mankatha and Vijay’s Mersal and Thuppaki and Rajinikanth’s Kabali. Twitter is cracking up with the way the makers have trolled Kabali and Vivegam in this one.

More than any other Tamil film, it is Siva’s upcoming spoof Tamizh Padam 2 that is the most-awaited one of all. Apart from Kollywood movies that acted as prey for this “parody” there are lot of “political” moments that are brutally trolled in this movie.

C.s Amuthan, the maker of the only Kollywood parody film franchise seems to be very active on Twitter as his film is hits the screen yesterday. He also seems to have very strong connection with the fans as we can hardly see a negative comment for his tweets. The reason is nothing but his last and only film Tamizh padam which earned him a lot of followers and they also believed him to repeat the history again with the sequel of that “epic” cinema and he did it. Meanwhile a fan who literally hated the idea of Shiva’s name card appearing in screen as same as the epic pattern of Tamil Supersatar Rajinikanth’s which will appear in every movie of him. He warned C.s Amuthan to remove but the director asked him two questions. As the Fan’s Language is not much clearer to understand C.S Amudhan indirectly asked him to be clear in what he is asking.

Well, what do you think of the idea of Shiva’s name card appearing as Rajikanth’s ?

Vijay TV Proudly Announced That They Got The Satellite Rights Of Tamizh Padam 2 !! See What Fans Did !! Hilarious !!
After Vijay Sethupathi , This High-Profile Superstar Joins Rajinikanth-Karthick Subbaraj Project !! This Is Getting Bigger !!