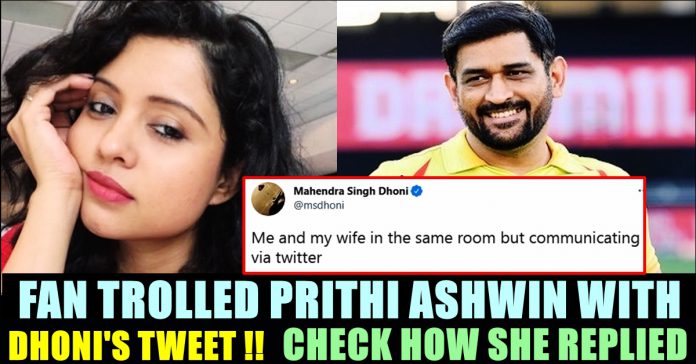 During the third ODI match between India and England, Indian cricketer Ravichandran Ashwin was busy tweeting about the match. Through the last one day International match that took place before IPL, India clinched the trophy by winning it. When India was asked to bay by England, Rohit Sharma who opened the innings, looked pretty much good with his strokes.

Ravi Ashwin who saw him playing well, predicted Rohit Sharma’s individual score and India’s total score. He believed that India will win the match by scoring 400 plus in the first innings with the help of Rohit Sharma’s double century. “In ODI cricket only once has 400 been chased down and Rohit Sharma has only 3 double tons.#INDvsENG #justsaying” read the cricketer’s tweet.

As soon as Ashiwn posted the tweet, Sharma got out for 37 runs and many users of twitter started believing that Ashwin jinxed the wicket of the Mumbai born. He immediately deleted the tweet as his prediction went wrong. “I deleted the previous tweet! #jinxedagoodstart #INDvsENG” he said after deleting the tweet.

However, the cricketer came up with another tweet saying that India’s performance is stunning. He also said that he delete tweet this time.

This is stunning from India!🤩🤩🤩 #INDvsENG

Prithi Ashwin who also has a habit of tweeting while watching match, replied to her husband’s tweet writing “I reverse jinx decently but but you ….” and added an emoji.

I reverse jinx decently but but you ….

On seeing these reply tweets of Prithi, a follower trolled her by posting the screen shot of former Indian captain Mahendra Singh Dhoni through which he said “Me and my wife in the same room but communicating via twitter”

🙄 for you also same only. We are in different cities.

The old tweet of Dhoni made fans to wonder that the cricketer was used to be active and funny in social media platforms. “Can’t believe he used to be like this” said a follower wheras another one said “This guy used to tweet like this. Believe it or not”

We're missing out on so much