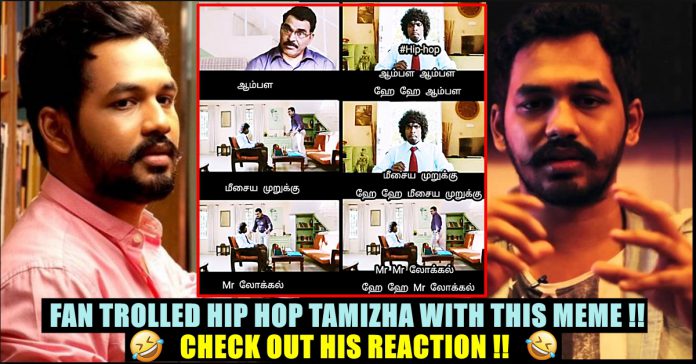 Sivakarthikeyan has released the teaser of his next film, Mr. Local, on his birthday and left fans excited for the film. Mr. Local has Nayanthara as the female lead and Yogi Babu in a supporting role. The teaser looks quite entertaining and we are eagerly looking forward to a trailer and songs from this movie.  This will be Nayanthara and Sivakarthikeyan’s second film after Velaikaran.

Mr. Local also has Radhika Sarathkumar in a supporting role. It is clearly a love story and looks like quite an entertaining one. The movie has been directed by M Rajesh. Sivakarthikeyan had released posters of the film some time back making fans even more eager for the teaser.

Hip Hop Tamizha who gave blockbuster albums such as Thani Oruvan, Imaikka Nodigal has composed music for this Sivakarthikeyan starer. As soon as the teaser released many fans heaped praise of Aadhi and said that they are expecting amazing tracks from the film. Meanwhile a separate set of fans started trolling Hip Hop Aadhi for repeated theme. They compared the MR.Local teaser theme with his Meesaya Murukku theme and also with Ambala movie’s. They also created memes and trolled the music director in his twitter posts.

Hip Hop Tamizha shared a tweet of Studio Green quoting that Mr.Local is the most liked teaser in Youtube for a Sivakarthikeyan film and said “That’s good news”. In this post a fan named Sakthivel posted the meme and trolled. Check out the post here:

Unlike other celebrities who would block the users who troll them, Hip Hop Aadhi whom we all though that he would get irritated, posted an unexpected tweet that made us all burst out in laughter.

Sakthivel who probably got surprised by the reply of Aadhi said that it is just for fun.

In this world which takes trolls very seriously and making a calamity out of it, Aadhi completely turned the table around and made the troll which intended to mock him in a positive way which is evident through the likes and retweets his replies got. He did not asked the fan to stop trolling him but asked him to enjoy from which we are very sure that the guy who trolled would never think of trolling Aadhi again.

On the work front, as Aadhi said, he is doing music for Jayam ravi’s 24th film and for the film “Natpe Thunai” in which he is doing the protagonist role. What do you think on this lovable gesture of Aadhi who made it look like the celebrity-fan interaction very casual without making unnecessary buzz for attention ?? Comment below !!