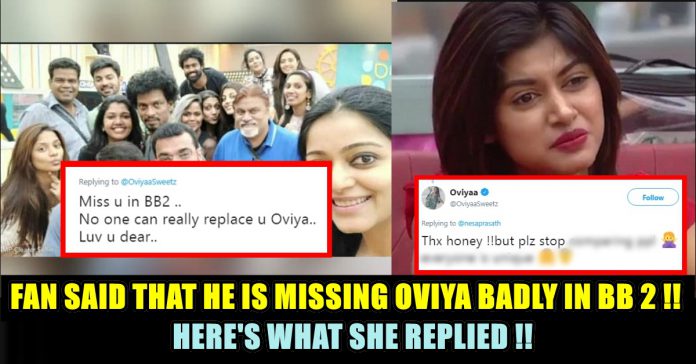 Earlier Oviya, the darling of the masses from season one, made a brief appearance on the show as a guest. Before entering the house, the host Kamal Haasan had asked her to not let the contestants know that she wasn’t participating in the game for a while. It was believed that Oviya’s presence would make the game more difficult for other participants. Also, Kamal’s statement led the audience to believe that she will be around on the show for some time. But soon it revealed and she left the show the next day but not from the hearts of fans. As she has become a favorite contestant among the audience in Bigg Boss season 1, ‘Oviya’s army’ and ‘Oviyans’ have gone crazy on her. A campaign has been launched on the social media platform at that time to garner votes for the much-loved contestant who has managed to charm viewers with her expressions and way of dealing with the others in the house.

Oviya’s first day in the house was annoying to many, pointing out that she intently asked for a banana from Bigg Boss. In fact, she was even made fun for her “modern clothing”, wearing “too much makeup” and looking “like a girl with nothing upstairs”. 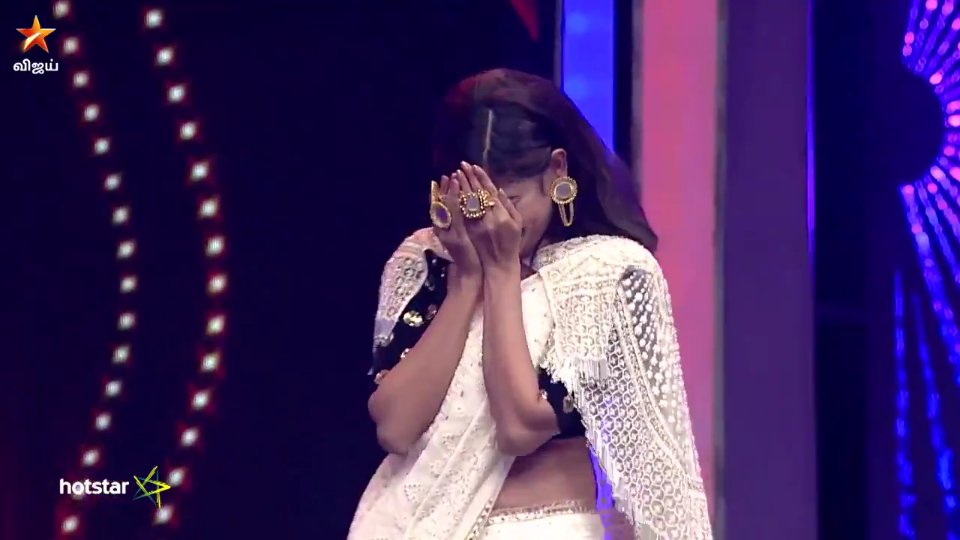 Soon, she changed her image in no time. She seemed to respect other contestants on the show but doesn’t mind standing for what is right too. She doesn’t like being a drama queen and she is independent. All these were the reasons that made other contestants send her to the elimination round but she never got eliminated by the audience.

Now after long time she has appeared in twitter saying “hi” to her fans where they have asked so many questions to which she answered for most of them.

Here’s how she conversed with her fans :

Can U Do Me A Favour @OviyaaSweetz

No one can replace u in BB 😎 mumtaz is doing gud in her own way but Oviya is legend 😉 mumtaz is good tho!

Lol everyone is good only ! I’m not following bb 😙

Oviya. U told. U will do something for this. Love. Still we are waiting. Nothing. Happen. I am. Great. Fan. Of u. But. U dis point us

Hey sweetheart tell me what u want me to do ..I’m loving u back n gonna entertain u with my movies 😀😀

How’s your family in Kerala…. All safe !

Everyone is safe !thx 🙏

My DP is Better Than Yours 😍😂

Tell ur opinion on BB2

No comments !I’m not watching it 😐😀