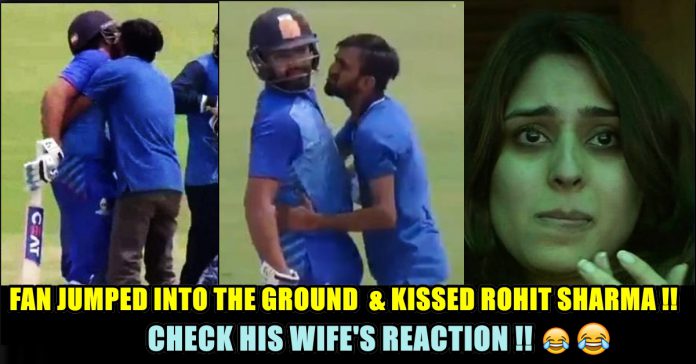 Fans trying to breach security to get close to their heroes has become a common occurrence in Indian cricket these days. Recently a fan ran on to the pitch to kiss Virat Kohli during Day 1 of the second Test against West Indies, and now a similar thing has happened to Rohit Sharma who was India’s skipper in absence of Kohli at the Asia cup. Rohit Sharma is once again making headlines; however, it’s not for scoring another double hundred but because one of his fans tried to kiss him while he was batting for Mumbai in a Vijay Hazare Trophy match. 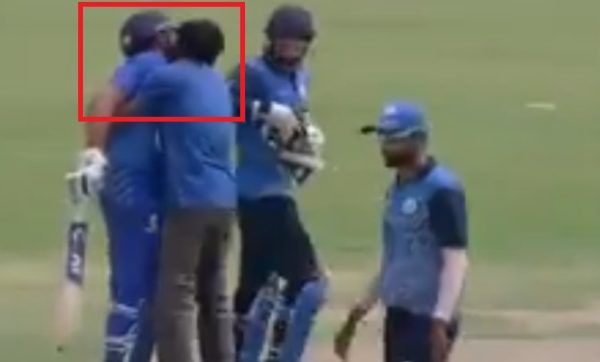 First the fan touched Rohit’s feet and then he forcefully tried to kiss the Hitman that was obviously not liked by the batsman. After that, the fan once again touched his feet and ran out of the ground, celebrating in his own style.

After seeing this, Rohit’s wife Ritika took to Instagram, posted a screenshot and told Yuzvendra Chahal, “You and I both have competitions”. 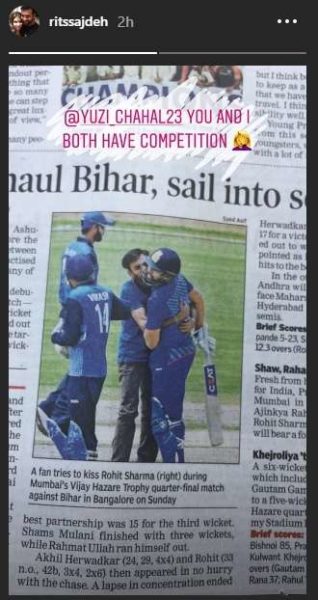 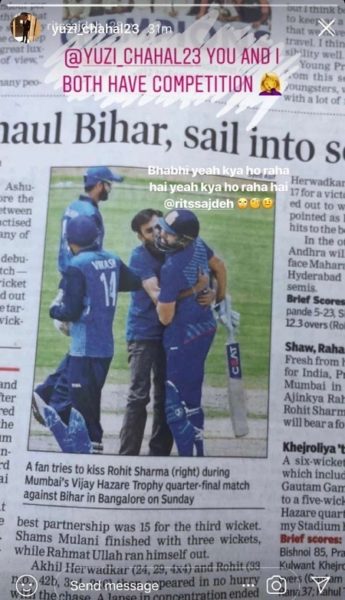 Mumbai won the match easily as the target given to them by Bihar was just 70 runs. Rohit remained unbeaten at 33 in the quarter final match that was played at Just Cricket Academy Ground, Bengaluru.

Rohit is not a part of the Indian cricket team that is playing the two-test match series against West Indies. In both the test matches, a similar type of incident took place as fans ran into the field and tried to take a selfie with Indian skipper Virat Kohli.

This is definitely a big concern as people are breaching the security at their will and a mishap can take place anytime if such incidents keep on happening. What do you say?