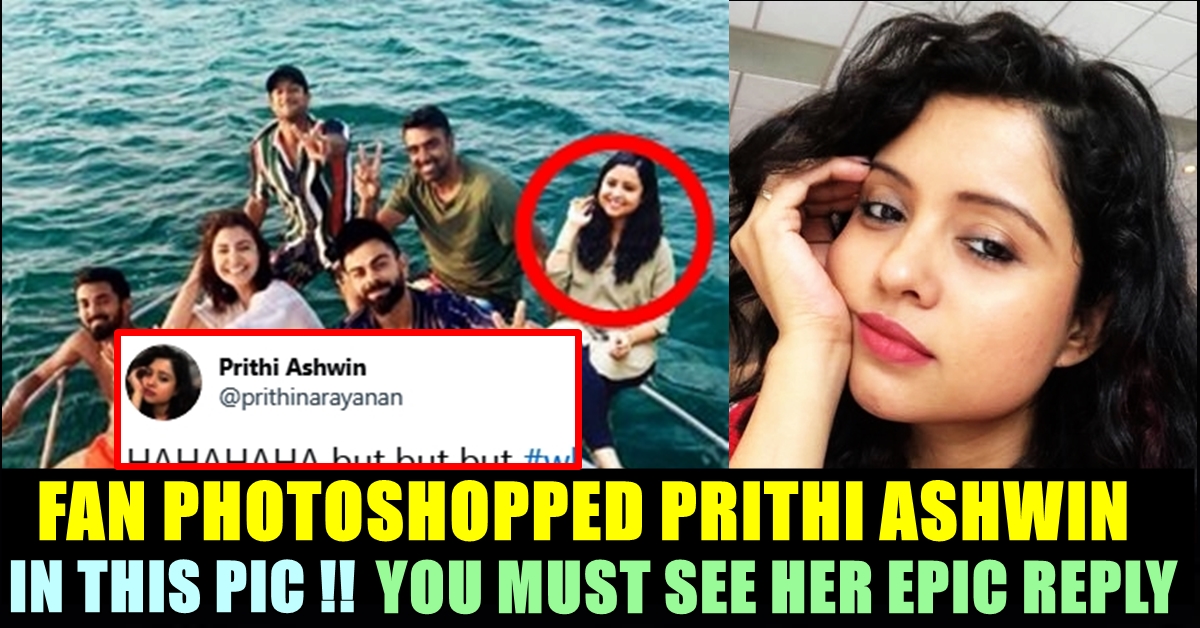 Ravichandran Ashwin one of the prominent spinners in Indian team is currently with Team India in their West Indies tour. In the two match test series, the cricketer could not take play the first game as he was not picked in the playing 11 by the team management. However, he is expected to take part in the next game.

Meanwhile, the chennai based cricketer, posted a picture of himself with his teammates KL Rahul, Mayank Agarwal, Virat Kohli and Anushka Sharma, wife of the Indian skipper in his official twitter account. To the post he added a caption which said “Seaside plus sunset is a deadly combination👌”

Seaside plus sunset is a deadly combination👌 pic.twitter.com/u7YpSQR9db

This picture received various reactions from his followers who are mostly from Tamilnadu. As the cricketer was not picked in the first match, fans suspected Kohli to be the main reason and commented about it. Many questioned Anushka Sharma’s presence in the picture as well.

Why anushka is always with team ? Is she mentoring team ?

Guys all good, when are u planning on winning relevant matches?

However, one of a fan found enough time to include Prithi Ashwin, wife of the West Mambalam spinner, in the picture. He photoshopped Prithi and posted it in Twitter and tagged her by adding a caption which said “hey
@prithinarayanan in case you wished you were rather on the boat 🤭”

The photo had the resemblance of what International Star Priyanka Chopra had done just a few days ago, after she photoshopped herself with husband Nick Jonas, who was all alone at the recent MTV Video Music Awards, while his two brothers were accompanied by their partners.

Prithi Narayanan immediately replied to it in a most epic way. She laughed at the picture at first and questioned the photoshop editor why he left much gap between her and Ashwin. Her tweet read as “HAHAHAHA but but but #whythegap ? 😂”

On 13 November 2011, Ashwin married his childhood friend Prithi Narayanan. On 11 July 2015 the couple became parents of a baby girl named Akhira. Their second daughter Aadhya was born in December 2016.

What do you think on this witty reply of Prithi ?/ Comment your views below !!