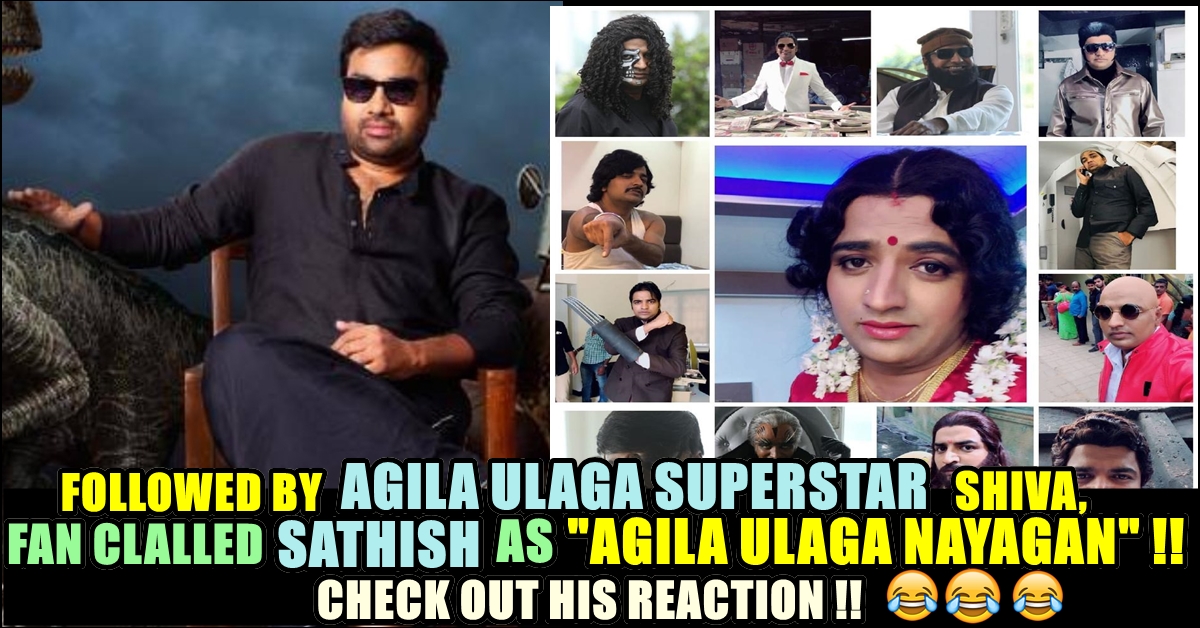 “I never expected that people will sacrifice their sleep to watch the first day, first show of Tamizh Padam 2 at 5 am,” said Shiva in a surprised tone.

He is the new hero to have a 5 am release after Rajinikanth, Vijay, Ajith and Sivakarthikeyan.

With much excitement and on a very serious note unlike his previous interactions, Shiva, ‘hailed’ as ‘Akila Ulaga Superstar,’ shares with News Today about his experience of Tamizh Padam 2 and his future plans. “All that is happening is because of God’s blessings. Comparing to all my previous flicks, this time I am in a melo mode. I feel I have matured to handle this. Things like first day opening, early morning show, box office show-off, are all happening by itself. I believe these would be the best compliment to all our hard work and dedication.” he said on his present mind state.

“En Nadanam number is going to be ground breaking. You would not see a dance step that you already witnessed before. It will be a master piece of Shiva and (director) CS Amudhan.” said the actor on how come the tones of songs are serious. On the other hand we should not miss to praise the Antagonist of the movie Actor Sathish who appeared in more than 10 get ups after the pioneers Shivaji Ganesan and Kamal Haasan.

Including Anniyan , 2.0 Akshay Kumar , Chitti Robot, Pathinaru Vayathinile Rajinikanth, Devar Magan Naaser actor Sathish almost appeared as every leading Villains of Kollywood. Though his acting skills are still being as a question mark, in this “Parody” film he fitted completely accepts most of the fans except some of the critics. As the hero of the film called as “Agila Ulaga Superstar” , a twitter account named V2Cinemas in twitter called the Sathish as “Agila Ulaga Nayagan” which left actor Sathish himself in a deep shock.

Here’s the reaction of the actor here: To express his utter shock Sathish tweeted with four “eyes popping out reaction”. Check how other fans reacted to this title :

Sathish Bro After seeing this 😂 pic.twitter.com/QhFFQQTfHj

What do you think on Actor Sathish called as “Agila Ulaganayagan” ??