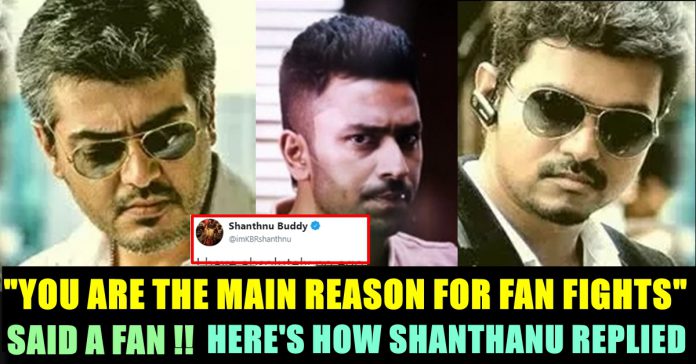 Shanthanu who is an ardent fans of actor Vijay worked in films like Sakkarakatti, Mupparimanam, Siddhu +2 wished his favourite actor on the day of Vijay’s birthday. To his wishes one of a twitter user said  “Etho kattappaa aajaar baa for vijay 😄✌️✌️” (Here comes the Kattappa for Vijay).

To this tweet Shanthanu who got irked immediately replied by tweeting “Moonji theriyaadha neenga unga thalai ku aajar aagrappa , moonji therinja na en ANNANUKU aajar Aagalam boss” (If a man like you with no face identity coming in support of your “Thala”, Me being a brother to him (Vijay) can support and wish him) 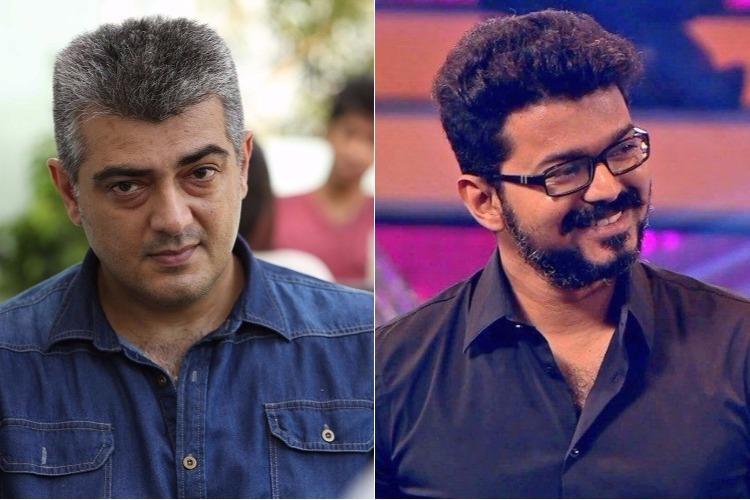 However the actor deleted his tweet now due to a request of the same fan who said that the fight between Ajith and Vijay fans taking place only due to Shanthanu’s comment.

I don’t create any fights and I don’t want anyone to fight too !

To this “Sriram” the one who called Shanthanu as “Kattappa” said that it is not a right time to fight between fans. He also said that he meant only the faith Shanthanu having on his idol, actor Vijay.

Shanthanu generously accepted to delete his tweet after seeing the request from Sri ram. He also called him as “dear bro”, after knowing that what Sriram done was for fun. In his tweet Shanthanu wrote “If it was for fun , I would take it lightly too ! I’m sorry dear brother ! 😊 I will erase that tweet too”

If it was for fun , I would take it lightly too ! I’m sorry dear brother ! 😊 I will erase that tweet too 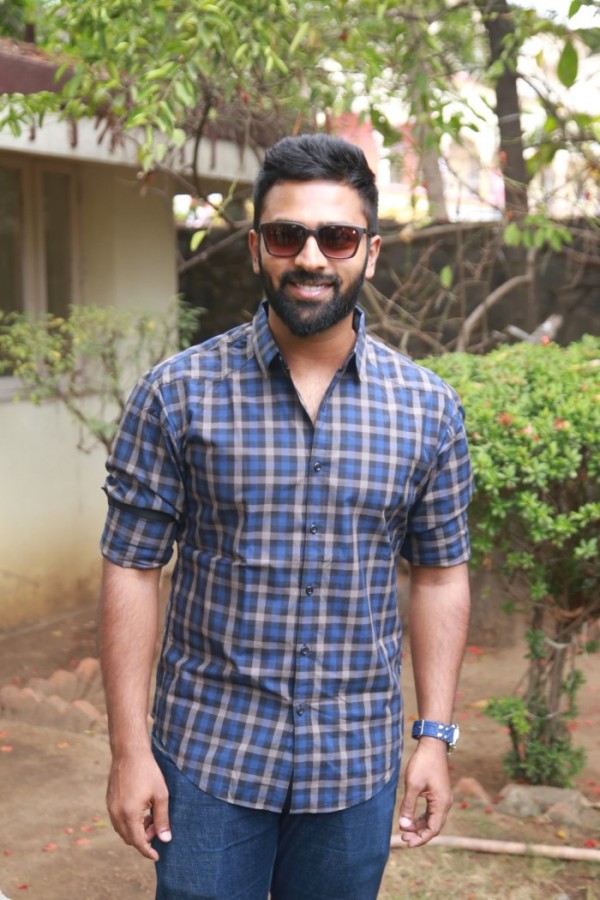 He also added another tweet requesting the fans of all the actors, not to abuse anyone even for fun as they are working hard to see progress in life. He said that everyone is fighting their own struggle in their life.

On the work front, Shanthnu, who was last seen in Mupparimanam (2017), has signed his next with Madha Yaanai Koottam director, Vikram Sugumaran. Titled Raavana Kottam, the film is currently being shot in a number of locations.

Fan Questioned Raiza About BIGG BOSS 1 After All These Days !! Check Her Reply

Number of celebrities including music director G.V Prakash, Bigg Boss fame Oviya were involved in campaigning for Raiza about her announcement on the 14th...

Director Vignesh Shivan, "Connect" of whom got released in theatres recently, deleted one of his reply tweets that he posted about the "hatred filled"...