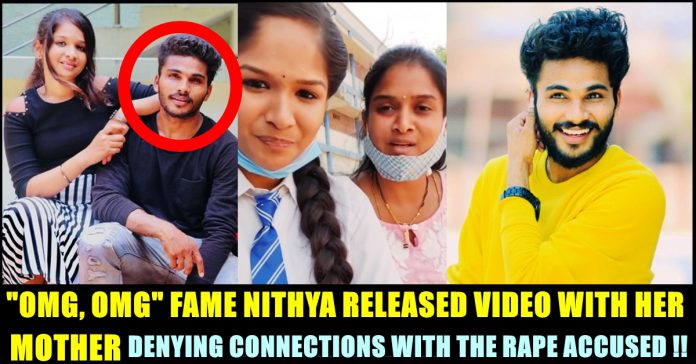 A popular Tik tok star named fun bucket Bhargav got arrested by police under POCSO act for raping a minor girl in Vishakapatnam. The news came to light after the family members of the victim lodged a legal complaint with the Pendurthi police station on 16th of April. The family members came to know about the crime after they realized that the victim is four months pregnant. Reactions demanding severe punishment for the accused are surfacing in Internet with celebrities such as Chinmayi condemning the miscreant.

According to police officials, The popular tik toker had promised many offers to the minor girl after watching her Tik Tok videos. “He had proposed to the survivor and she had rejected him. But he blackmailed her saying he had her explicit videos. The survivor is also pregnant,”, Prem Kajal, assistant commissioner of Police had said.

She further said that the accused got produced in front of the Judicial magistrate and has now been sent for judicial remand till May 3. The Police has confiscated a while colour Nissan vehicle and a cell phone from the accused. Police have also advised public not to share the pictures of the survivor.

Fun bucket Bhargav rose to fame through his Tik Tok videos which had the lines “Oh My God !! Oh My God” in it. Tik tok star Nithya who rose to fame along with him through the “Oh My God” victims, has now released a video clearing the air on public assumptions. As soon as Bhargav got accused of sexually assaulting a minor girl, many identified 15 year old Nithya as the victim. Nithya, in the video, has clarified that the case doesn’t involve her at all.

“It is true that Bhargav got arrested but I am involved in it in any way” Nithya said in her clarification video and added that she came to know about the arrest only through social media. She said that he followers are sending her the links and asking what really happened. “Even I don’t know” Nithya said.

“It’s been one year since I talked to Bhargav and we are not in contact, not doing videos together as well as I got shifted to Hyderabad” said Nithya and accused Memers and youtubers of using her name and pictures without much knowledge about the issue. She also wanted them to delete her photos and videos immediately. Nithya’s mother appeared in the video and thanked people who are stretching their supportive hands. She also said that they are in shoot and are very much happy and safe. “People are sending me messages worrying about me. But I am safe and happy here in shoot” she said and showed the shoot locations to her followers.

The Most Awaited “Karnan” Story Leaked ??

"Pariyerum Perumal" fame Maari Selvaraj's next venture "Karnan" starring Dhanush is nearing its theatrical release as the makers have recently updated about the status...

A picture of Ajith-Nayanthara starrer Viswasam topping the lost of Twitter's most influential moments of 2019 went viral in social media recently. Followed by...

“Car Or Bike ?? Whose Mistake It Is ?/” Netizens Debating Over Fatal Road Accident !!

A shocking video of a speeding car hitting a two wheeler, driver of which tried to cross the road is doing rounds in social...