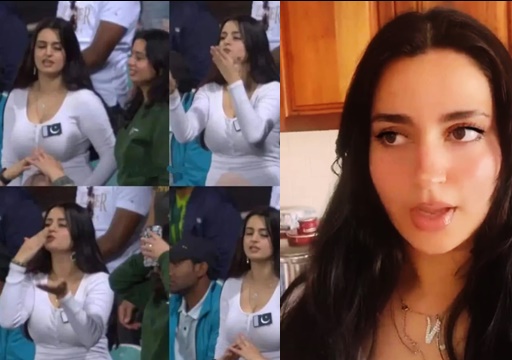 Followed by the tons of simp posts that were surfaced from the social media accounts of Indian fans, Natasha, the famous Pakistani fan girl who made her presence in the knock out match that took place between Pakistan and New Zealand, came up with a post in her Instagram handle, criticizing Indian fans for sexualizing her pictures and videos by sharing them.

Natasha, a Pakistani fan girl was spotted by the camera in the stands, supporting her country, which made social media to fill with her images and videos and made her go viral globally in few minutes. Pakistan defeated Newzealand in the knockout match and marched into the finals effortlessly. Restricting the opponents for just 154 runs in 20 overs, Pakistan chased it down pretty easily with the half centuries of Mohammad Rizwan and Babar Azam.

Pak vs Nz Babar and Rizwan
King is back amir Haris #Semifinal Ind vs pak pic.twitter.com/MVQwgEBMRa

This miraculous achievement from Pakistan team after facing two humiliating losses against India and Zimbabwe in the first two games, is being celebrated by Pakistan fans in a wide manner. Team Inda is all set to face England in the semi finals and the winner of the match will face the Babar Azam led team in the finals.

In the meantime, the users of online platforms are pretty much busy celebrating Natasha by sharing her pictures and videos through their respective social media handles.

Check out some of the reactions that surfaced below :

Divided by country United by beautiful girl but never with Pakistan GIRL😜😅😌#INDvsENG pic.twitter.com/S3b0CvFrkR

Talk of Pakistan’s win is lesser than this Pakistani Viral girl in India. One of my friend is asking her Instagram ID.

As a result, many fake accounts started emerging in the name of Natasha to which the fan girl came up with a video in her Instagram handle, clearing the air on her one and only original handle and asked her followers to report the rest.

Wondering why people are stealing her photos, Natasha said “This is my only original account” and spelt it out. Watch the video below :

Pakistani Fan girl about her one and only Instagram handle!! Wants other fake accounts to be reported pic.twitter.com/gorBBxKJ0f

Followed by it, she came up with a story slamming Indian fans, accusing them of sexualizing her. Posting the screenshot of one of the messages she received in Instagram which said “You don’t even know how much you are famous in India right now”, Natasha expressed her displeasure over Indian fans.

“I can’t think of anything worse” she wrote by adding vomit and disgust emoji. “Tell me why all my Pakistani accounts (aka My Own People) are complimenting me nicely while i*dians are sexualising me, how filthy and disgusting” read the story of the fan girl. 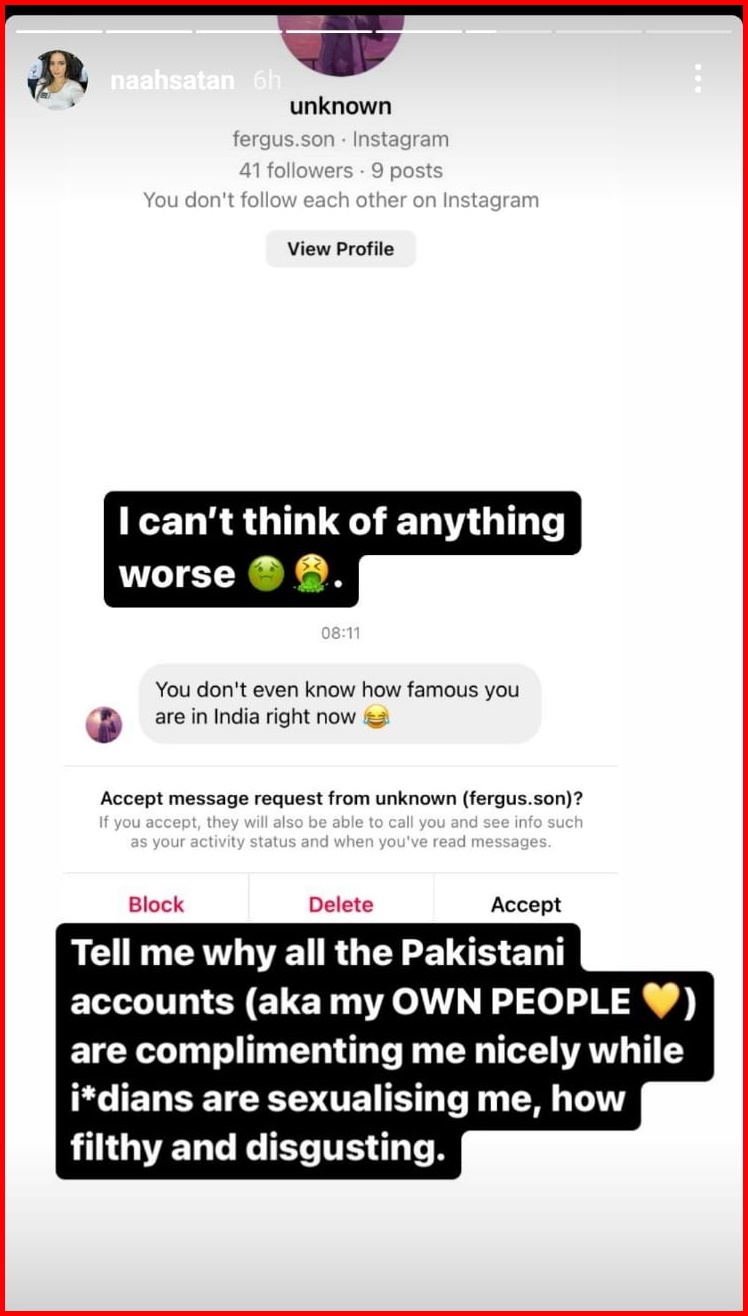