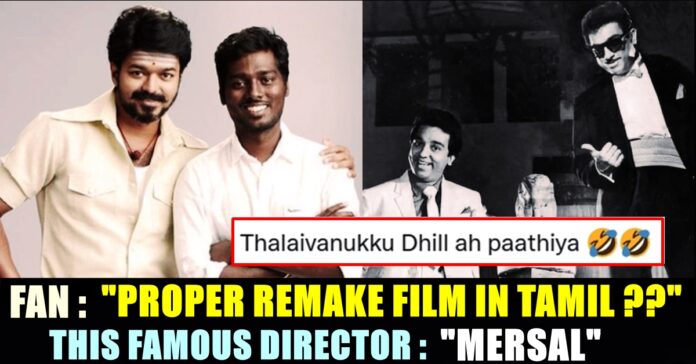 C. S Amudhan, Director of only Tamil parody film franchise “Tamil Padam 1 & 2”, trolled director Atlee who is currently busy directing Bollywood Baadshah Shah Rukh Khan while replying to one of his followers in the “Ask me” session. To a follower asked Amudhan to tell a film, according to his view, that got properly remade in Tamil and Amudhan replied back saying “Mersal”. 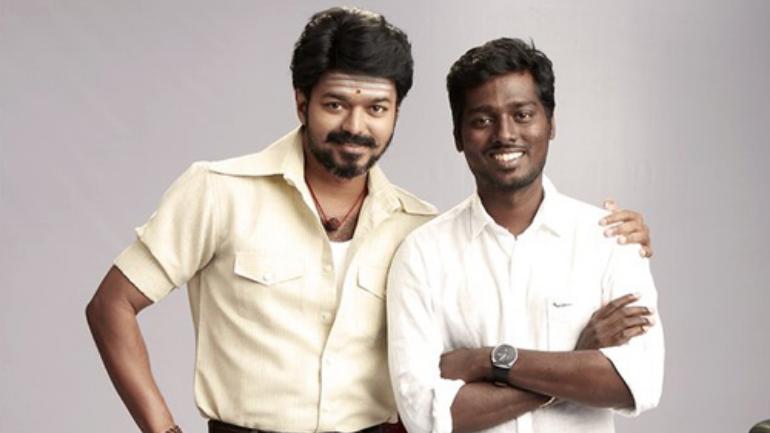 Among all the answers he provided during the Question and Answer session, “Mersal” tweet from the maker garnered wide attention with most number of quote tweets from the users of the micro blogging social media site.

Atlee is arguably one of the most loved and hated filmmaker of Tamil cinema right now. All the four films of Atlee became blockbusters despite of the plagiarism controversies. His last release in Tamil “BIGIL” has reportedly collected 300 crores in the box office. The film marked the third collaboration of the duo, after “Theri” and “Mersal”. He is often criticized for replicating the movies of ace filmmaker Manirathnam, once said that he feels proud on the fact of his movies getting compared with cult films. The filmmaker’s statement on the existence of “7 swaram” is famous as well. 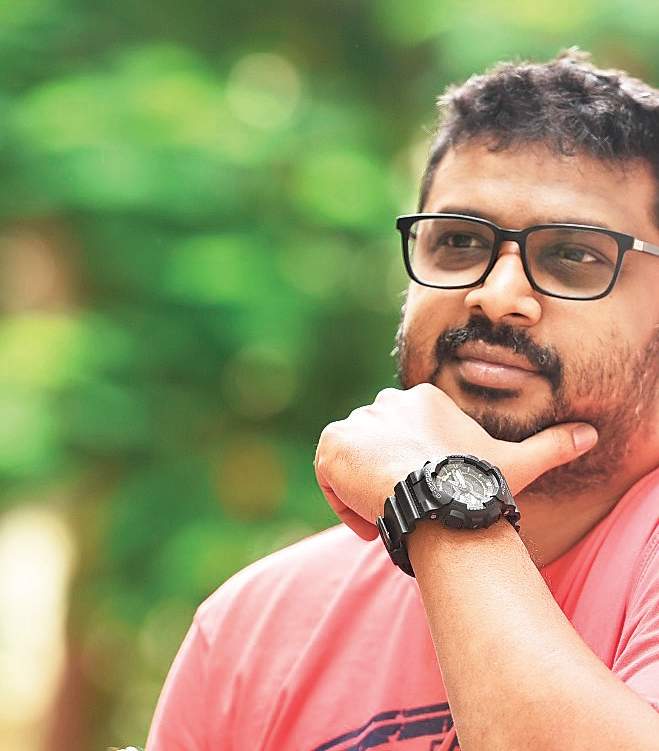 Now, director CS Amudhan who rose to fame by trolling the blockbuster films of Tamil cinema, while replying to a fan who asked him to name a “proper remade film”, said that it is “Mersal” for him.

Thee tweet garnered 300 plus quote tweets so far with fans tagging director Atlee to make him see the answer. Check out some of the reactions the filmmaker’s tweet received :

On the wrok frontt, Amudhan is busy making a film with Vijay Antony titled “Ratham”. The film marks Amudhan’s first ever non-spoof film since his debut which took place 12 years ago. Atlee is working with Shah Rukh Khan and is expected to join hands with Vijay again post that project !!

Actress Parvathi Nair who predominantly appears in Tamil and Malayalam films, recently conducted a question and answer session with her Instagram followers. She who...