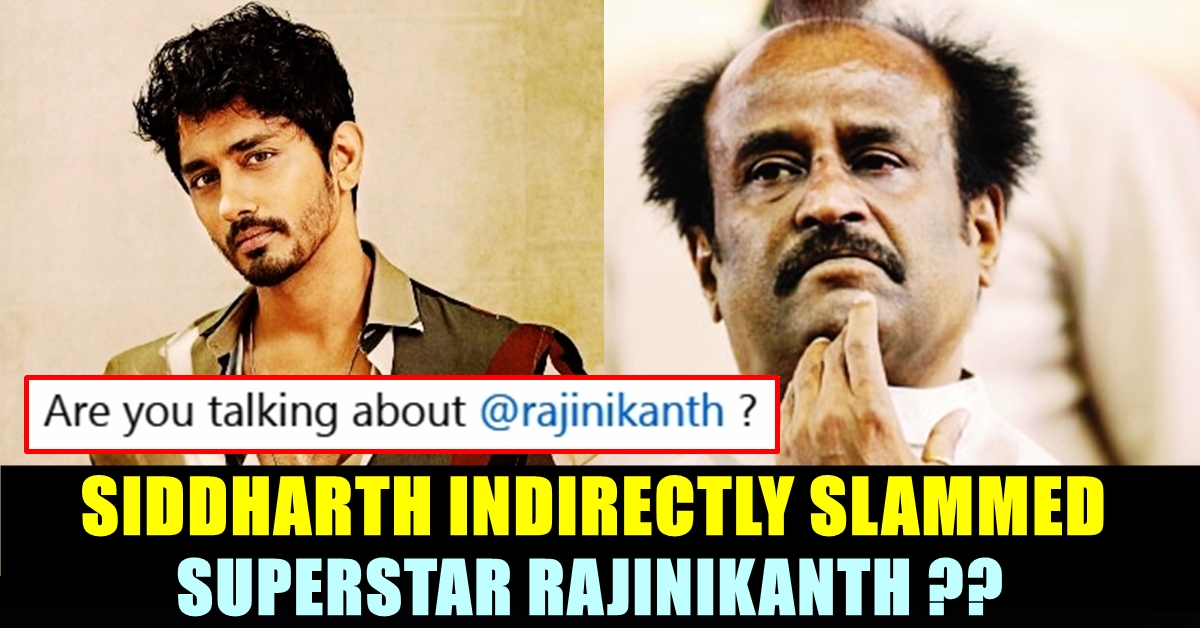 Actor Siddharth who is known for raising voice for social issues that are taking place in the country, on Tuesday, came up with a series of tweets supporting the farmers who were involved in protests. Police have detained 200 protesters following Tuesday’s deadly violence in the capital of the country during the massive protest against the agricultural reforms. It is reported that thousands of farmers clashed with police as protesters on the outskirts of the city forced their way in.

One protester died due to the furore that took place and it is reported that 300 plus police officers got injured. However, leaders of the farmers denied to call off the protest and blamed the chaos on rogue elements. Those who are detailed are held on charges of rioting, damaging public property and attacking police personnel. It is notable that the violence coincided with Republic day- a public holiday that marks the anniversary of India officially adopting its constitution on 26 January 1950.

Entire country got agitated and people in social media started reacting in various. While a set of people blamed the government by alleging that they caused the riot, many accused the protesters as well. Actor Siddharth, in his tweet, depicted how Indian government is portraying a peaceful protest and protesters every time,

He said that the protesters are called terrorists, traitors, aliens, mercenaries. When the protest keeps going on, Siddharth said that the one in the power wets their pants. He believed that some elements in the protest causes trouble right after the one in power gets fear. “Then lathi charge… Then they equate protest and violence. Everytime.”

In his next tweet, the actor also said that some famous clowns will tell that protests will kill democracy and asked people to ignore them. “There will always be the famous clowns who tell you that protest will kill Democracy. Ignore them. We are on a downward slope into fascism, monotheism, regressive hate politics and anti poor propaganda. Stop. Think. Prepare. Protest. Persevere.” the actor wrote in his tweet.

There will always be the famous clowns who tell you that protest will kill Democracy. Ignore them. We are on a downward slope into fascism, monotheism, regressive hate politics and anti poor propoganda. Stop. Think. Prepare. Protest. Persevere.#HappyRepublicDay JAI HIND ❤️

Many people who saw this tweet of the actor lauded him for speaking his heart out against the ruling government. He got widely appreciated for standing with the framers as one of a social media user said that the actor got a spine that made in steel.

Meanwhile, a number of followers who saw him mentioning famous clowns in his tweet, believed that the actor is mentioning Superstar Rajinikanth. On May 30, 2018, after meeting those who got injured in the firing that took place during Sterlite protest, the “Kaala” actor said “The protest carried blood stains on it only after anti-social elements infiltrated into the agitation. The government, following the footsteps of Ms. Jayalalithaa, should crush the anti-social elements with an iron hand. If not, it will pose a serious threat to Tamil Nadu”, He also added that if people start protesting for everything, Tamil nadu will turn into a graveyard.

On seeing the tweet of Siddharth, a number of followers believed that he is indirectly slamming the Superstar actor.

This is that Famous Clown @rajinikanth 😂🔥🔥🚶👌

Rather writing famous clown, you would have written his name #Rajini #siddharth pic.twitter.com/VnfctOLSFc

Are you talking about @rajinikanth ?

Comment your views on these tweets of Siddharth and the reactions he received !!

“This Is Why I Left India” – Actor Abbas Opened After Years !! WATCH
How Much Amazon Paid To Stream “Master” After Just 15 Days Of Its Release ?? Check Out