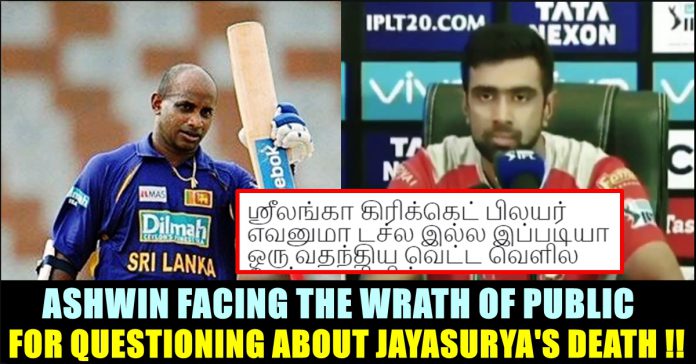 News of famous celebrities meeting their demise spread like wildfire before it turns out to be fake. Another instance happened recently when former Sri Lankan captain Sanath Jayasuriya was speculated to be dead. But those reports were all rumours as no news organization or an official had given any information regarding the same.

This month a piece of fake news was shared over the internet about Sanath’s death in a car accident in Canada. The news also took Indian spinner Ravichandran Ashwin by surprise as he asked the truth behind the speculations to his 9.45 million followers on Twitter.

Is the news on Sanath Jayasuriya true?? I got a news update on what’s app but see nothing here on Twitter!!

However, as the news was fake, Many people expressed their frustration over Ashwin’s tweet. Many advised him to ask such sensitive questions to his cricketing circle instead of making people aware of the fake news.

Bhai International player he tu. Can get it verify through your sources. Don’t come openly. It hurts the family of a cricketer.

If we want to see an end to fake news, we need to stop clicking on it, and stop spreading it. #FakeNews

Before tweeting u could have searched …but u decided to spread the rumour….lovely

U could have checked with ur Kings11 or Indian Cricket Team WhatsApp grp la ? 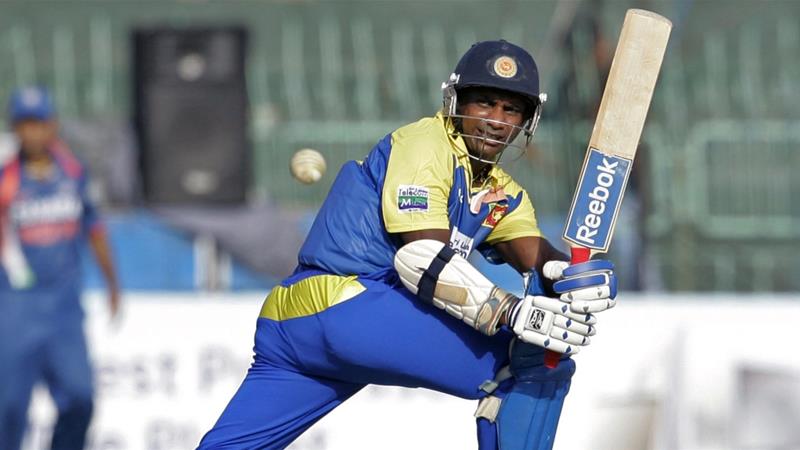 Sanath had himself denied the news about his car accident on his Twitter account. On May 21, Sanath had said, “Please disregard fake news by malicious websites regarding my health and well being. I am in Srilanka and have not visited Canada recently. Please avoid sharing fake news.”

Please disregard fake news by malicious websites regarding my health and well being.
I am in Srilanka and have not visited Canada recently.Please avoid sharing fake news.

After seeing all these tweets, Ashwin came to realize that it is a mere rumour and posted it as a tweet to sort everything out :

Ok it seems to be fake news. 🙏

Let us not make a statement about anything in social media before knowing the truth behind it.

Previous articleOMG : Actor Siddharth Had An iPhone In 1996 ?? Unbelievable Statement From the Actor !!
Next articleSTR Still Looks The Same Even After The London Visit ?? Check These Reactions !!

Yuvan Shankar Raja is one of the most influential music directors of Kollywood film industry. He who enjoys a fan base on par with...

The amount of admiration Kohli has towards former Indian captain Mahendra Singh Dhoni is immense. Rather being a mere teammates, Dhoni and Kohli always...

“Is This In The Spirit Of The Game ??” – Senior Cricketer Slammed Mumbai Batsman

Former Australian cricketer Brad Hogg came up with a tweet questioning whether taking advantage while being at the non-striker end falls within the spirit...

MS Dhoni, Virat Kohli and other members of the Indian cricket team posed for the first time in their away jersey ahead of the...