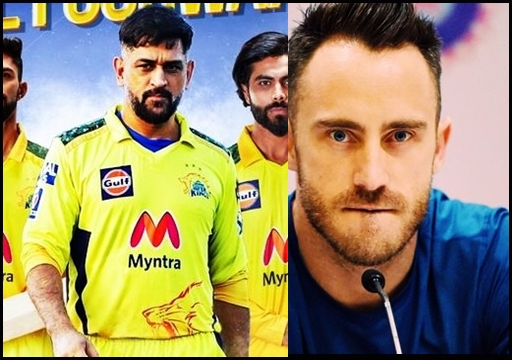 Former South African Captain Faf Du Plesis’s comment on the recent post of Chennai Super Kings left the fans of the yellow team emotional. Referring to the finals of Bangladesh Premier League, the official Instagram handle of team Chennai Super kings uploaded the pictures of Bravo and Moeen Ali and said that it is Lion vs Lion. On seeing the post, Faf dropped an emoji in a way of asking why they didn’t mention him and the comment made many fans of CSK emotional and they said that he always has a separate place in their hearts.

Chennai Super Kings, in the Mega Auction that took place on 12th and 13th of February, failed to purchase Faf Du Plesis who has been opening for the team for the past several years. Royal Challengers Bangalore bought him for Rs. 7 crore and Chennai who went only till Rs. 3 crore in the bidding, ended up losing him in the auction. Now, speculations on whether Faf is going to lead team RCB is doing rounds in social media platforms as Virat stepped down from captaincy last year.

On Friday, Chennai Super Kings came up with a collage picture of Bravo and Moeen Ali who are representing Fortune Barishal and Comilla Victorians respectively in the Bangladesh Premier League and updated about the finals which is going tto take place today. Check out their post below :

It is notable that Faf Du Plesis is also representing Comilla Victorians in the finals and the cricketer himself came up with an “emoji” comment in a way of asking why theu didn’t include him. Check out he screenshot of his comment below :

Many fans expressed their displeasure over the team’s decision on not including Faf. Check out some of their comments below : 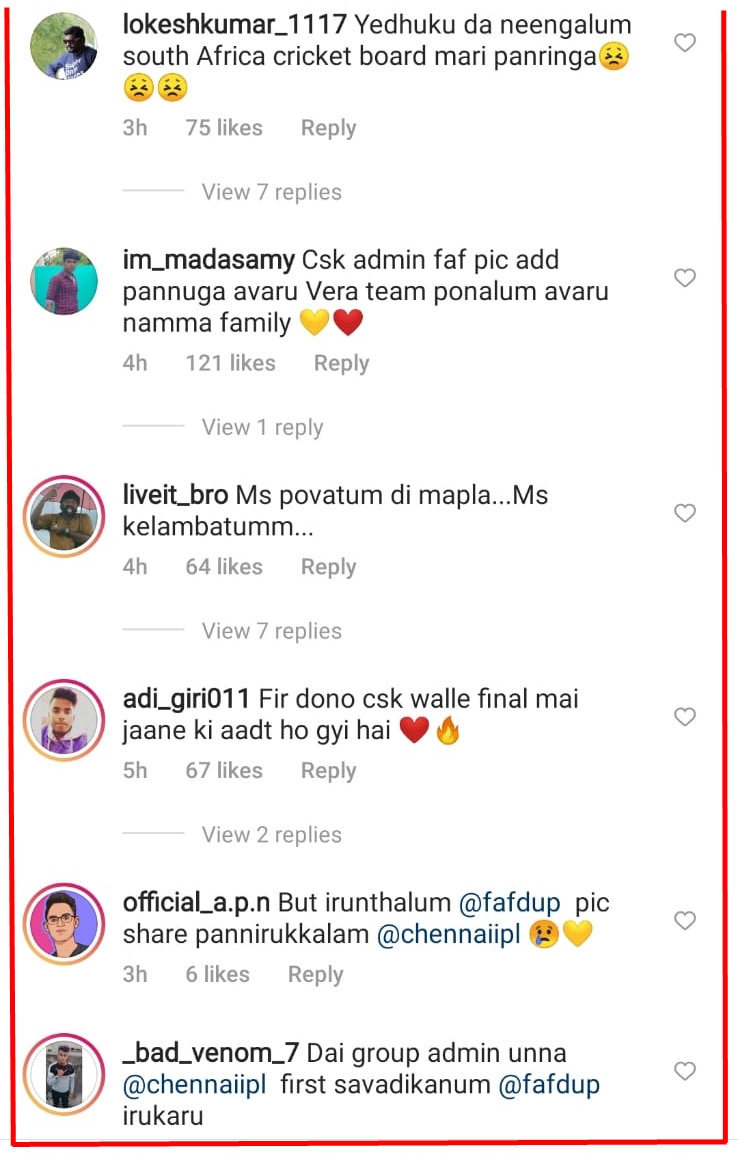 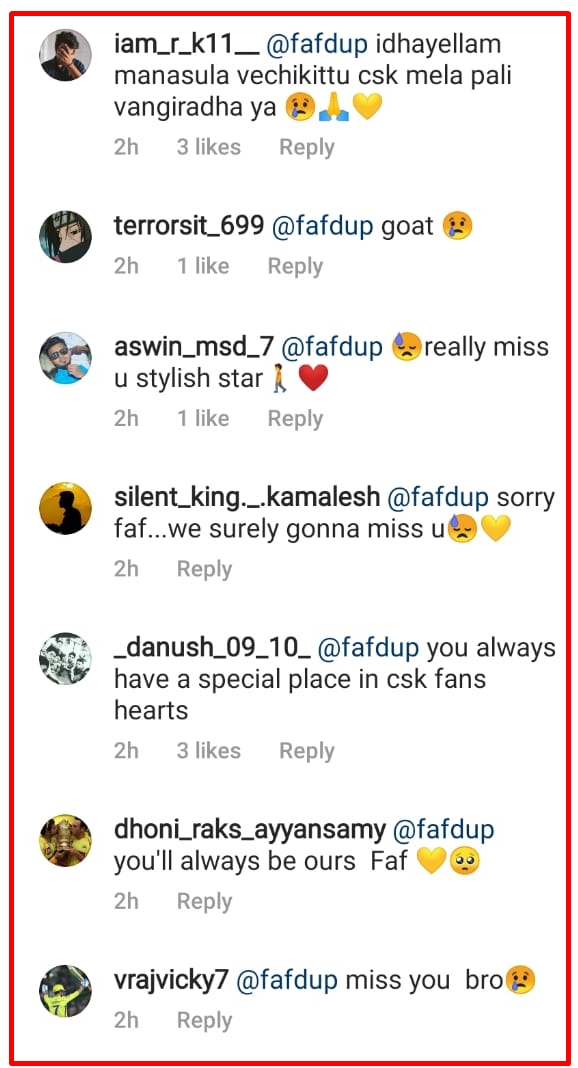 In the meantime, official twitter handle of Royal Challengers Bangalore came up with a tweet in their official social media handles, wishing Faf for the finals. “Drop a ❤️ to wish Faf all the best for the #BPL final today against the Fortune Barishal. Hope you have a great game, Faf! 👊🏻” caption of RCB’s post read.

Drop a ❤️ to wish @faf1307 all the best for the #BPL final today against the Fortune Barishal. 🙌🏻

Comment your views on the wide speculation that doing rounds on Faf captaining Bangalore team !!