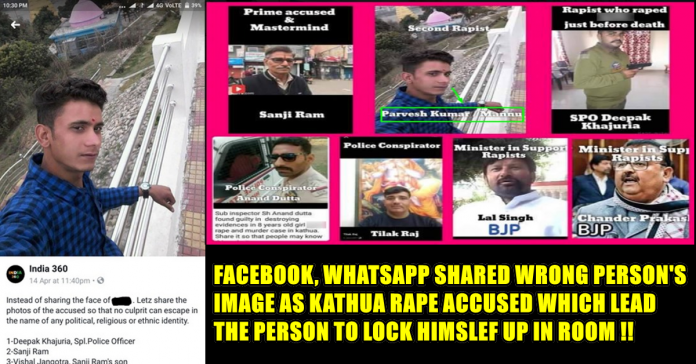 The Kathua rape case refers to the abduction, rape, and murder of an 8-year-old girl, Asifa Bano, in Rasana village near Kathua in the Indian State of Jammu and Kashmir in January 2018. A cahrgesheet for the case has been filed, the accused have been arrested and the trial began in Kathua on 16 April 2018. The victim belonged to the nomad Bakarwal community. She disappeared for a week before her dead body was discovered by the villagers a kilometer away from the village. The incident made national news when charges were filed against eight men in April 2018. The arrests of the accused led to protests from groups, one of which was attended by two ministers from the BJP, both of whom have now resigned. The rape and murder, as well as the support the accused received, sparked widespread outrage.

With some BJP Ministers, Hindu Ekta Manch and Jammu Bar Association protesting to protect the rapists, there was massive shaming of the accused by people all over the country. Many posts were shared on social media with the names and pictures of the alleged culprits who mercilessly raped and killed the little girl.

While it is good that the collective conscience of the nation was woken up and calls for justice grew louder, an innocent was wrongly shamed because the picture that was supposed to be of Vishal Jangotra, son of the main accused Sanji Ram is not him. 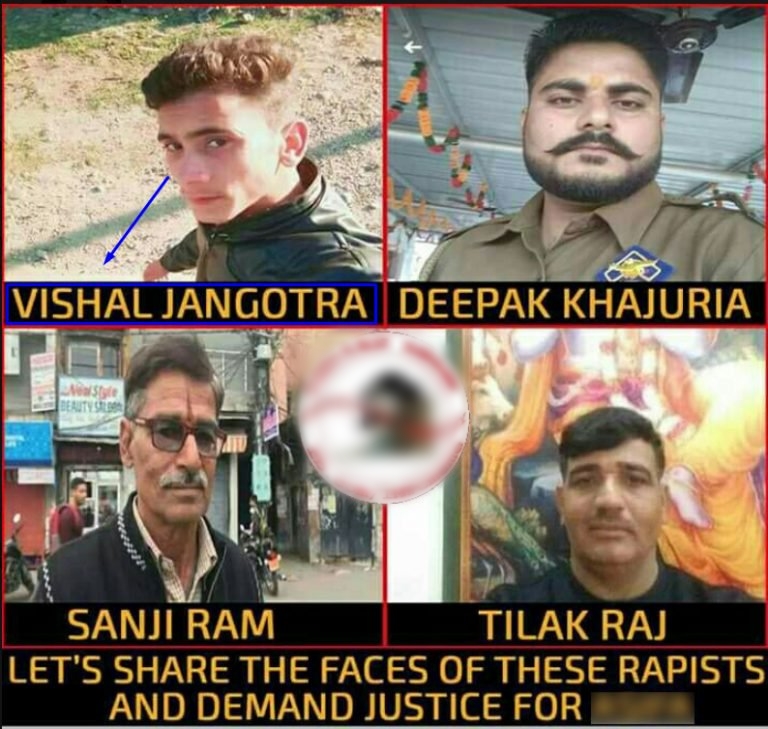 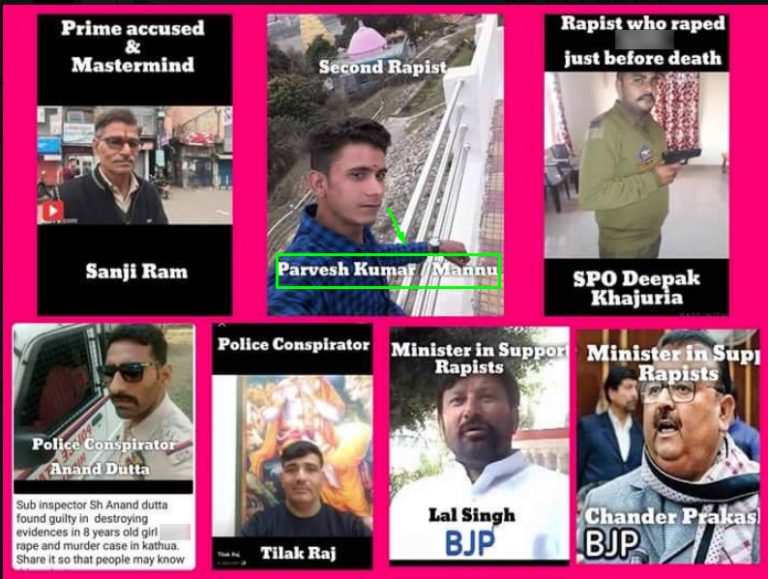 This is neither Vishal Jangotra nor Pravesh Kumar Mannu. His name is Vishal Sharma, a resident of Kathua.

Vishal Sharma is a 22-year-old from Kootah village in Kathua. He runs a canteen in a school. He was terrified when his photo was circulating on Facebook and Whatsapp. Firstpost reports that even his relatives called up to verify the truth. Social media posts have tarnished his image and he received a lot of hate messages too.

His father, a daily wage labourer, said, “The crime has been committed by other persons and my son is being punished. His life has been ruined as he has been tagged as a rapist in a picture that is circulating across the country. People are looking at my son with suspicion.”

Arun Pal Singh, who works for the development of football in Jammu and Kathua region and knows Vishal Sharma, who plays football, advised him to approach the police.

“I saw Vishal’s picture going viral on social media and visited his home. He was upset and angry over those who had used his picture. I asked him to visit the police so that the picture could be removed from Facebook”, said Singh.

Sub-inspector Gagandeep Singh of the Jammu cyber crime cell said he guided Sharma on how to go about tackling his case. “He can register an FIR at his nearest police station after which we will ensure that the culprit is identified. Once identified, the culprit can be put behind bars for three years. However, Vishal should report the matter to Facebook so that his pictures are removed immediately”, Singh said.

Vishal has deactivated his facebook profile and had locked himself in his house because of the massive public shaming. He has sought to file a complaint with the local police station. They have referred him to the cyber crime cell and asked him to immediately report the photo on Facebook. That way they will be able to identify the real culprit who shared his photo in the first place.

Creating or sharing fake news is never justified. We have a responsibility to verify everything that we post on the internet. To ensure that our national debate is healthy and well-informed, each and every one of us has a responsibility of treating what we read with a pinch of salt, a spoonful of doubt, and a flood of research.