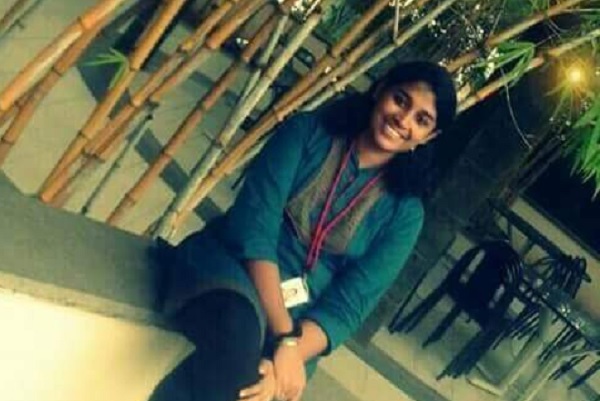 A week after the murder of an Infosys employee S Swathi, an eyewitness has said that she had been assaulted by another man about two weeks back at the same platform in the Nungambakkam railway station.
D Tamilarasan, a passenger who regularly travels from the Nungambakkam station said that the first incident happened on June 6 or June 7.
Tamilisaran, a teacher said that the man who slapped Swathi was also carrying a backpack, in an interview to The Times of India.
“The man must have slapped about five or six times. She sort of collapsed after it. She picked up her mobile phone and quietly got into the next train. It was very surprising for me that she did not react at all, and many passengers questioned her on the same. I discreetly remember that this man was quite young, must have been 30 or so. He was fair or wheatish and not like the hacker who was in the CCTV footage,” Tamilarasan told The News Minute.
He said he had only a fleeting glimpse of the man who killed Swathi on June 24.
“I heard her cry and rushed to the spot as I was little away. By then, she had been hacked and the hacker was on the run. I couldn’t get a clear view of the hacker but another passenger tried chasing him. Since she died in a few minutes, most of us were shell-shocked and got into the next train and left. We assumed that the killer will surrender to the police,” he told TNM.
When asked if anyone else had witnessed the slapping incident, he said, “There is a place she normally waits at, and the assault happened there. There must have been a few people, but I cannot remember who the other passengers were,” he told TNM.
Swathi’s relative, who did not want to be quoted, however said that the incident had never occurred as per their knowledge.
In an interview with A Subramani of The Times of India, Tamilarasan confirmed that the person in the CCTV footage looked like the person who murdered Swathi. He added that the hacking happened in a few minutes and the girl shrieked before she died on platform no. 2 of the station at around 6:45am.
Two men ran behind the murderer but he jumped off platform no.2 and crossed a track from which Chengalpet train was coming. He climbed the opposite platform and vanished into the lane which led to Choolaimedu, he said.
He said that one person even pelted a stone at him and another person called the police by dialing 100.
“I gave my statement to the police and then reluctantly spoke to the media. I hope she gets justice,” Tamilarasan told TNM.