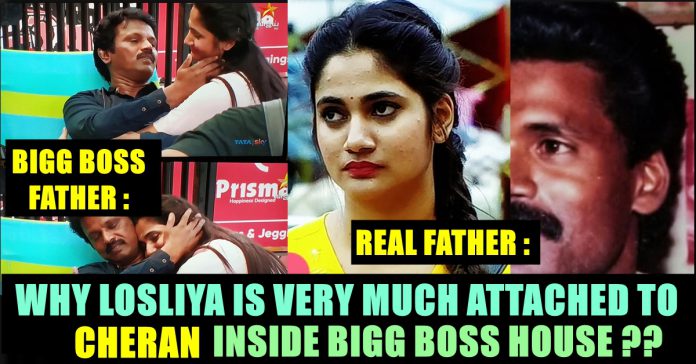 Till the end of third week, undoubtedly Losliya was the most loved contestant by the audience for her cute looks and impulsive attitude. Her Neutral behaviour and being aware of not to make verbal spats with other contestants won her many hearts from the audience.

Losliya is a Sri lankan based news reader who made her presence in the most expensive reality Bigg Boss Tamil. The show was hosted by “Ulaganayagan” Kamal Haasan. Followed by the successful two seasons, The third season of Bigg Boss show is keeping the netizens busy since the opening episode. Starting from Abhirami’s verbal spat with Madhumitha to Vanitha Vijayakumar’s elimination, the show providing its own essence unlike other reality shows. Despite the rumour of being a scripted show, Bigg Boss manages to entertain the audience in daily basis. 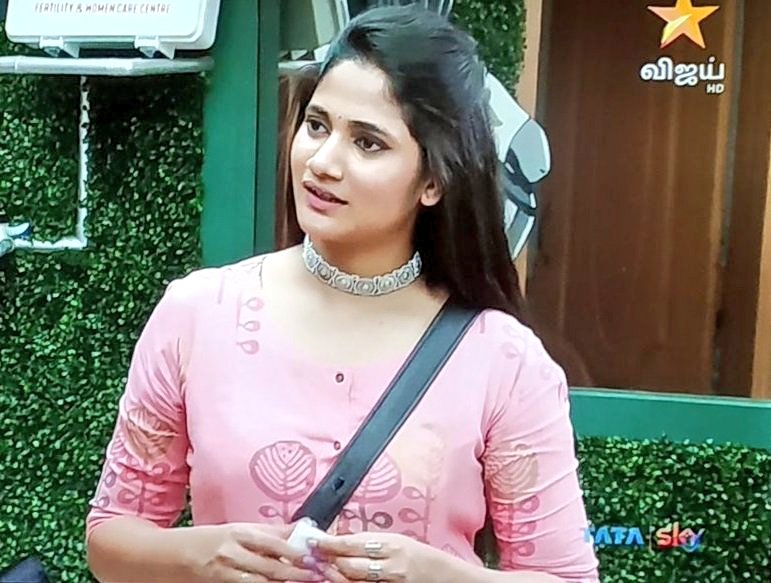 Losliya who impressed many fans lost her bubbliness when a issue raised between herself and Kavin, one of the male contestant. The issue is because of Kavin having similar emotions towards Losliya and Sakshi, another female contestant. During this issue, Losliya is seen very much attached to Director Cheran. The bond between Cheran and Losliya has always been a special one.

During a task, Losliya confessed that her father’s looks will be very much similar to Cheran. “Neighbours around would call my father as Cheran and whenever I see Cheran sir, he reminds me of my father” said Losliya whose father, Jagan is in abroad. The former newsreader hasn’t meet since long period of time. 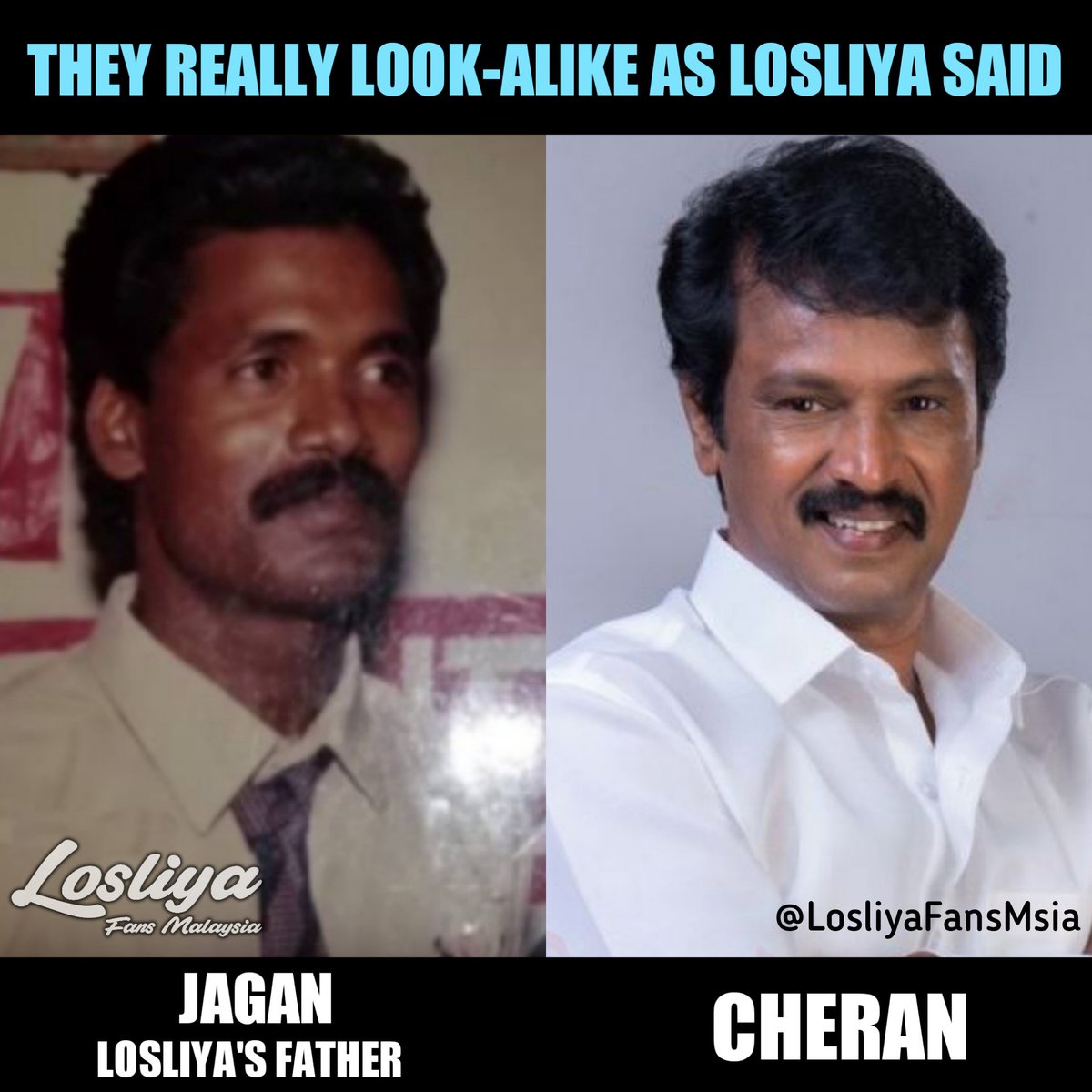 Now the pictures of her father been released by Indiaglitz. In those pictures Losliya’s father looks very much similar to Cheran and we could understand why Losliya is having a special bond with Cheran inside the house. However Cheran nominated Losliya and Dharshan in the first week for eviction. The reason Cheran stated for his nomination was that they both are very pure and indeed are children in heart. “they don’t deserve to be inside the house among these participants” said Cheran.

Day before yesterday, when Kamal Haasan asked whom she would save when it comes to Cheran and Mohan Vaithya, Losliya immediately answered that she wants to save Cheran.

Though many people liked Losliya initially, now the things she is involving in the show irritating a separate set of fans. The way  Losliya co-operating with Kavin when he flirts broke the hearts of many male fans who created army pages for her on the very first day. She is the only contestant who doesn’t involved in any kind of controversy inside the house and gained a separate fan base for her morning dance alone.

Let us hope for their bond to continue forever !!

Previous articlePriyanka Chopra Getting Thrashed For Smoking Cigarette With Her Family !! CHECK WHY !!
Next articleMan Received Electricity Bill Payment Of Rupees 128 Crores !! Check What Happened Next !!

Former Indian skipper Virat Kohli got extremely upset after knowing that one of his fans breached his privacy by entering his room and recording...

Irfan, a popular youtuber who is known for making videos based on various kind of foods, released a video on Sunday revealing that he...