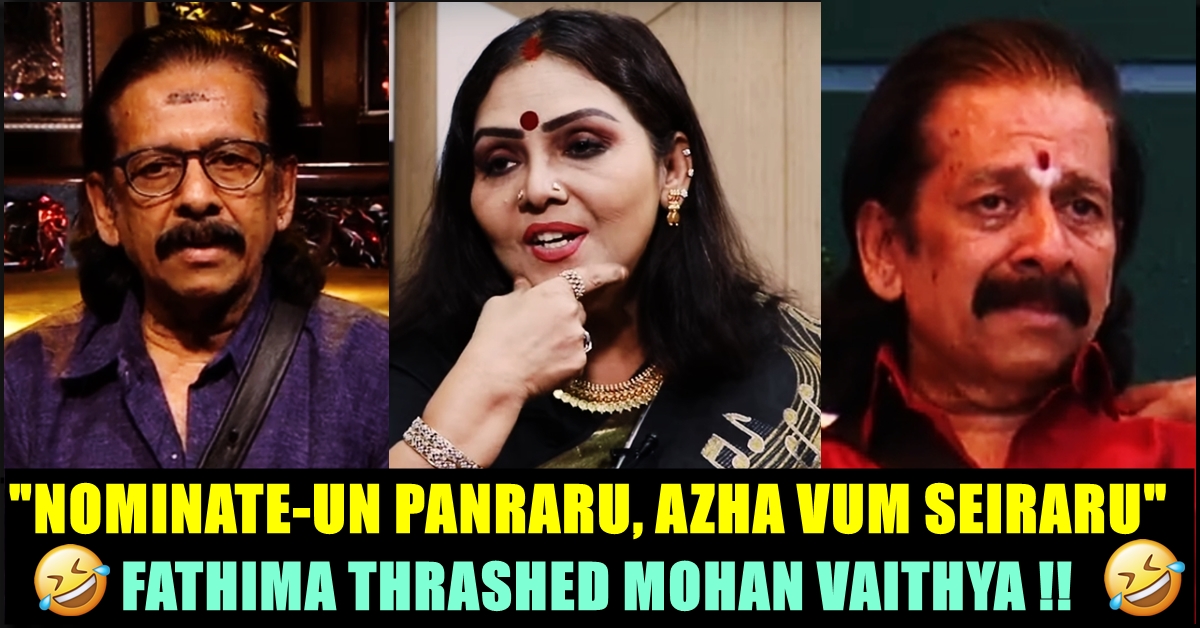 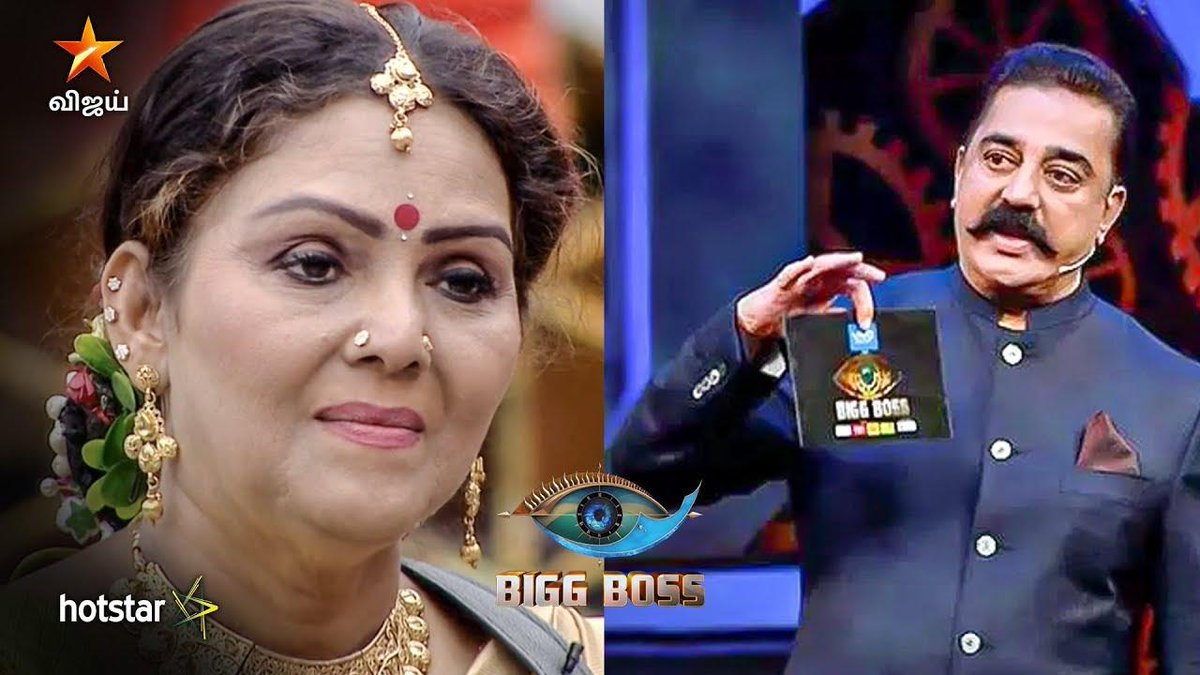 For the lack of votes she received, Fathima got evicted from the Bigg Boss house. She is the oldest contestant of the show after Mohan Vaithya who nominated her for the eviction. Fathima Babu is remembered among Tamil TV audience as an actress and newsreader. While getting evicted Kamal Haasan lauded the analysis of Fathima about the 15 contestants inside the house and complemented by saying that he will call her the next week to get some accurate observations.

Now after getting evicted, the former newsreader was interviewed by Indiaglitz for the first time. In the interview she shared about many incidents that happened inside the house including Saravanan imitating her as one of the task. She seemed very much disappointed with his activity of imitating her and says that she expressed her objection to him after the task which was ignored by him completely.

Talking about another male contestant Mohan Vaithya, Fathima shared an incident where he blatantly made Dharshan upset by saying not to call him as father. She said that she felt very much sad for an youngster who came from Srilanka. She also stated an example of how contradictory he is as a person.

“I also heard that he was one of a house member who nominated me. It is an evident example to show how much he is contrasted as a person.” Fathima also revealed an incident where Kavin completely ignored elderly people and their suggestions inside the house. “When I was advising Abhirami who was very much depressed, Kavin called an youngster to console her to which I asked him why he doing such thing. To that he said that they all belong to the same age group which will make them  understand each other. If a person is being happy with four cousins, he should also listen to her parents” she said in the interview.

Bigg Boss asked Fathima to break the medal which was given to her by Kamal Haasan while entering the house. Fathima’s family members were invited to the stage where they praised her for playing the game well. Fathima was asked to pick three members who should take on the captaincy next week. She picked Dharshan Thiyagarajah, Abhirami and Sandy as the contenders for leadership for the current week.

What do you think on this interview of Fathima Babu ? Comment your views below !!

Samantha Slammed “Arjun Reddy” Director For His Comment On “LOVE” !! Got Extremely Trolled Back !!
Sivakarthikeyan Publicly Requested Acting Chance To This Director !! Got Rejected !!