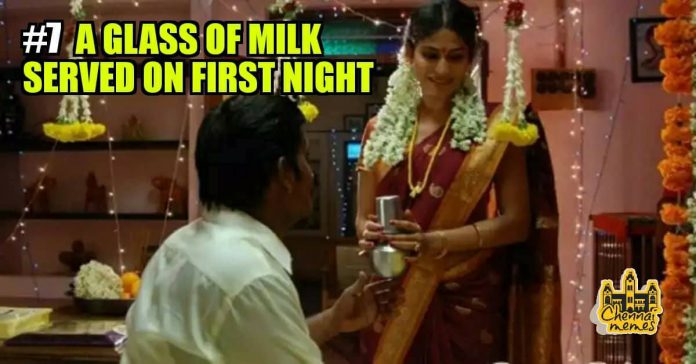 Table manners define the meaning of a meal. While eating is a physical need, meals are a social ritual. And when we talk about Indian meals and dining etiquette, they are built on traditions. And traditions are nothing else but a perfect blend of invasions, religious beliefs, political changes and social customs. 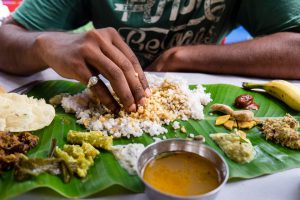 According to Ayurveda, the practise of eating with our hands stimulates the five elements that our five fingers represent and thus helps in bringing forth digestive juices that makes digestion of food easy. When we eat with hands the nerves ending on the fingertips send signal to the stomach and thus we get a better taste, texture, and aroma of the food. You will be surprised to know that apart from India, it is also practiced in some parts of Africa and the Middle East. 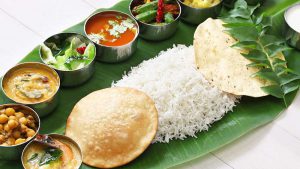 EGCG (epigallocatechin gallate) are poly phenolic molecules present in banana leaves, making them anti-oxidant , anti-bacterial and anti fungal in nature killing all the germs in food to a large extent.  The antioxidants (polyphenols) in banana leaf is reported to help fight cancer. Banana leaves are also used in some ayurvedic medicinal preparations. By serving hot food on a banana leaf, one could get a lot of those good stuff although the leaf is hard to digest for human when eaten as-is.

3. Eating on the floor 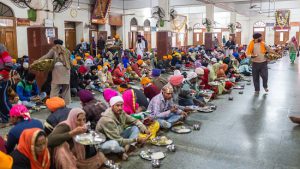 Majorly practiced in rural regions of India, this practice of eating is recommended because the repeated bending of the spine is helpful in improving the blood circulation and is a kind of physical activity that improves the metabolism. 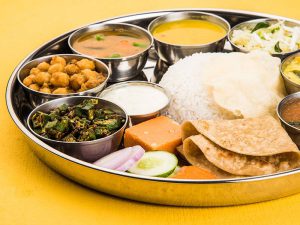 Considered as a wholesome meal, Indian thalis can be found in many regions like Rajasthan, Gujarat, Kashmir, and Kerala. The USP of these thalis are the local ingredients and flavours designed and developed keeping the climatic conditions in mind. Though these homemade platters have gone commercial, still, the authentic homemade thalis can still be relished in these regions that are full of protein, vitamin, healthy fat, and carbohydrate. They can be definitely called as ‘balanced diet of India’.

5. One plate for all 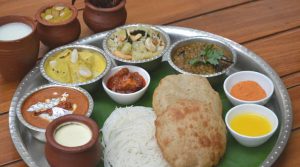 Introduced by the Bohri Muslim community, this tradition of eating is a symbol of unity in diversity. According to the tradition, food is served on a big platter called ‘thali’. The entire family eats out of the same platter which is not meant to have any leftover food. Surprisingly, the first course is usually a dessert dish followed by a meat appetizer. In the community’s literature, it is mentioned that starting the meal with a sweet dish is considered blissful. 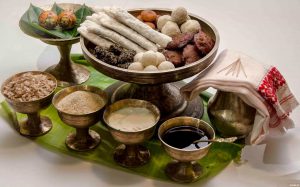 Jol Pan or Jal Paan, the Bengali, Assamese or Bihari breakfast includes a variety of foods like chirwa, curd, puri, ghughni, luchi, milk, paratha. Serving Jalpan ensured that people had their daily breakfast, which is the most important meal of the day. In TN people generally call it Vethala-Paaku and they have it after their midday meals.

7. Glass of milk on wedding night 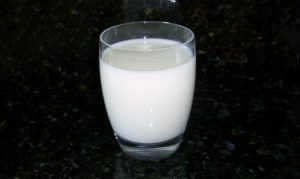 Recognized as a customary ritual pan India, the logic of this food tradition is again health centric. The idea behind this concept is to reduce the stress and bring relief. Milk is a good vrishya (aphrodisiac) that gives strength to the reproductive tissues and also rejuvenates the memory and boosts immunity. It is easily digested and absorbed by the body that’s why it is served at night.