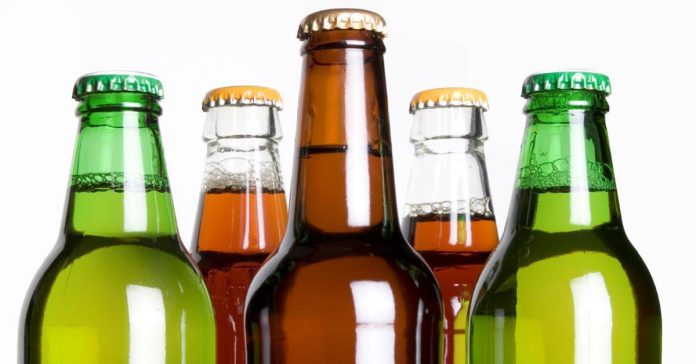 Ever Wondered Why Beer Bottles Are Always In Green Or Brown Color? The Reason Behind Is Exciting

The amount of people who are having beer in regular basis is way ahead of the amount of people who are not having it. We will have a debate on it later.  Now, there are Men who proudly shake their belly and say they got those because of the beer though it is an alcoholic product. Some men treat beer as medicine and will not accept the fact that it is an alcoholic product which is intractable. There is a huge and loyal fan following for beer in our country. Those who love beer can’t imagine their life without it and find excuses to have it regularly. As a beer lover, you too must be having those green and brown bottles rolling around on the floor of your apartment and will be placed in your refrigerator . But have you ever thought, why the colour of these bottles is green and brown?

Have you ever questioned the seller about this and asked him to give it in a clear bottle?

Now you have got that question in your mind that I can see, don’t worry, This article is meant to give the answer for it.

According to RVCJ, Beer in its earlier days was served in clear bottles only but the brewers soon discovered that one of the acids in beer is reacting with sunlight and its UV rays.

This reaction made the Beer very smelly and a less interesting product in the older days.

To solve the problem, they tried bottles coated with brown colour. The brown colour doesn’t let the UV rays react with the acid in Beer and it hence it doesn’t get destroyed. As the brown color is not much attractive as far as a bottle product is concerned, The green bottles came in use from the start of World War 2. The availability of brown bottles decreased drastically and brewers had to opt for some other colour that helps them maintain the sale and quality of Beer. This is when the Green coloured bottles helped them. This is the reason why Brown and Green bottles are used instead of white.

Previous articleThis Guy Had Biriyani 3 Times A Day For 2 Months And Lost Weight… WTF !!
Next articleTop 10 Healthy Foods On Earth: Have You Tasted Any Of These?

A man named as Balakrishnayya from Chittoor district in Andhra Pradesh killed himself after suspecting that he had Coronavirus. He did by believing that...