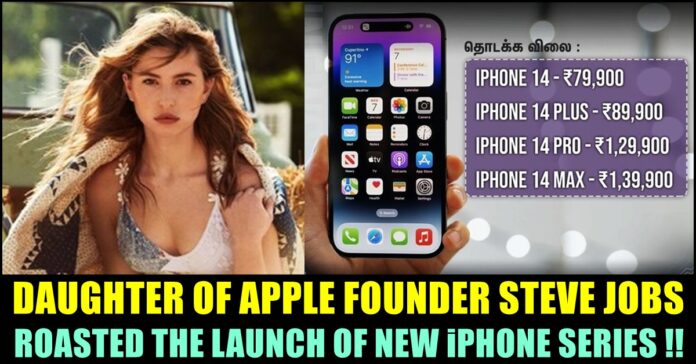 A meme shared by Eve Jobs daughter of Apple co-founder Steve Jobs about the recently released Apple 14 series caused hilarious reactions among the users of online platforms. As soon as Apple launched its iPhone 14 series on Wednesday, memes and trolls on how similar the features of iPhone 13 and 14 are trending in the internet platforms. Now, the meme shared by the daughter of Steve Jobs has added fuel to the fire.

The meme shared by Eve is comparison between iPhone 13 and 14 with the reference of a man who is wearing a shirt and intends to buy a shirt that is exactly the same as he is wearing. “Me upgrading from iPhone 13 to iPhone 14 after Apple’s announcement” today” read the caption shared by Eve in her Instagram story. 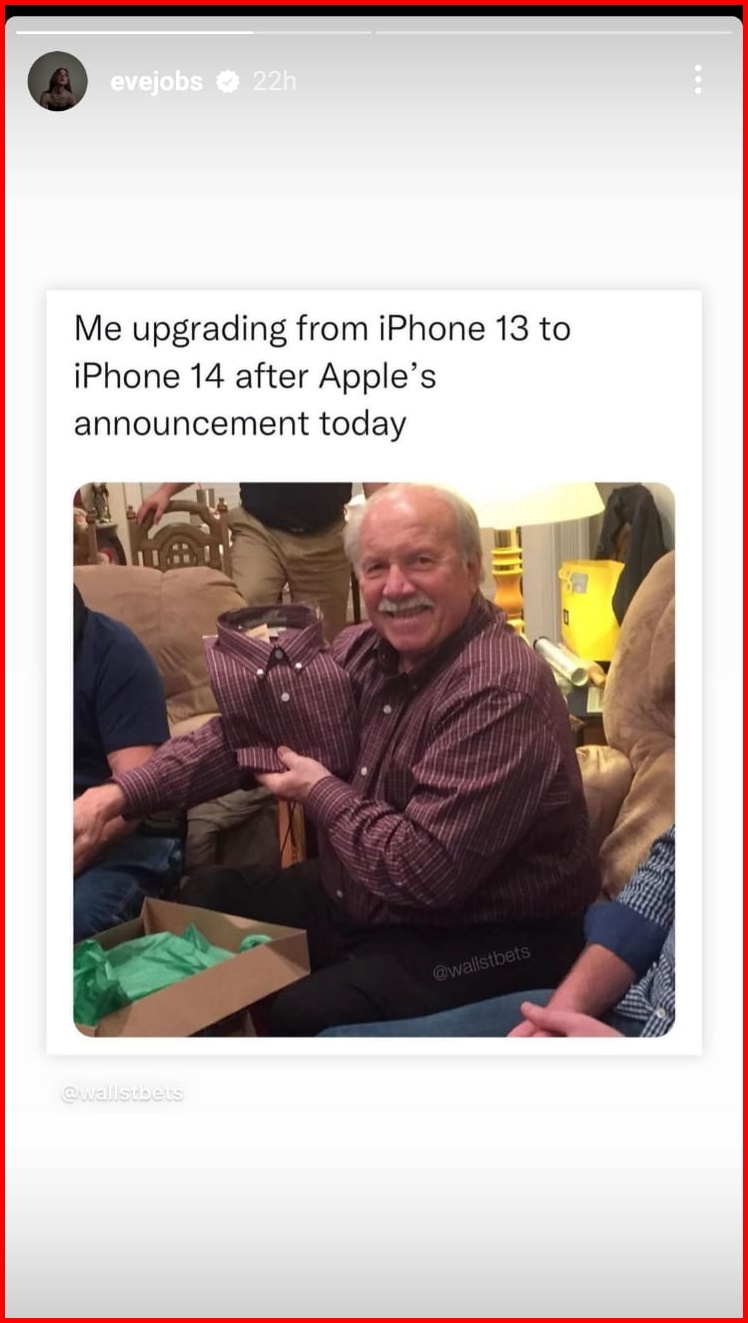 Eve jobs who was born on 9th of July, 1998, is the youngest daughter of Steve Jobs and Laurene Powell Jobs couple among their three children. Having said that, The 23 year old is not the only one who has been trolling the similarities between the two versions.

Several other online users took to Twitter to make fun of the price range by sharing “kidney” selling jokes. The starting price of the newly launched series is Rs. 79, 900. The pro models in the iPhone 14 series start at Rs. 1,29,000 and the users of internet are not happy with Aple consistently increasing the price of their products while bringing no significant updates visibly.

Check out some of the trending memes that surfaced trolling the launch of iPhone 14 series :

Brace yourself. The iPhone 14 is worth a kidney memes are coming soon. pic.twitter.com/xRQKje3Yhe

Are you ready to buy the iPhone 14? pic.twitter.com/f3AW2xY6C5

When you die selling your kidney for an iphone6 and then you look down to see the release of #iPhone14 #iPhone14Pro #iPhone14ProMax 🤣🤣🤣😭 pic.twitter.com/o9mNdRdNvk

As far as the new series is concerned, the non pro variants will run on last year’s A15 Bionic chip. However, iPhone 14 Pro and iPhone 14 Pro max have received the upgraded A16 Bionic chip. The two pro versions have also shifted the front-facing camera notch away from the edge and into the display with a design called the “dynamic island”, which is a pill shaped cut out that houses Face ID, selfie camera and privacy indicators.

Reacting to the allegation of movie journalist Anthanan, director Ravikumar who is currently busy directing Sivakarthikeyan in a film named "Ayalaan", said that the...