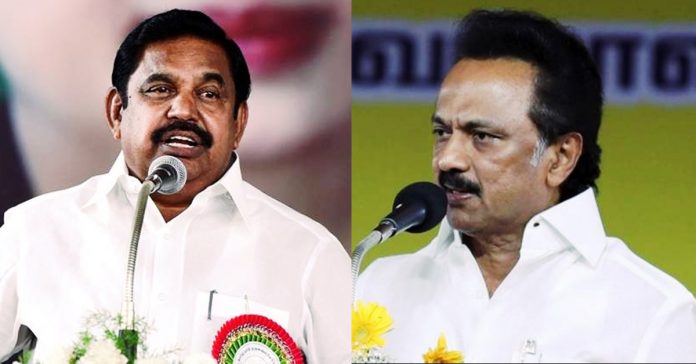 Chief minister Edappadi K Pazhaniswamy and the Leader of opposition MK Stalin are actively involving in campaiging for their respective political parties in order to win the upcoming Tamil nadu assembly elections. They who realized that there is no “next time” for them, are conducting rallies, campaigns despite of the inactiveness of their alliances.

Chief minister Edappadi K Pazhaniswamy, despite of making Tamil nadu grab first place in several departments and initiating several schemes for the welfare of the public, is facing criticism for not winning in an electoral politics. As Sasikala- Dinakaran duo are making moves to capture the party, the role of OPS in the AIADMK party is also acting as a huge concern for Edappadi K Pazhaniswamy. He who considers the upcoming election as an important one in his political career, desperately wants to win it to keep control of the entire party.

Considering the future of AIADMK, the symbol and the administrators of the party, Edappadi K Pazhaniswamy is working furiously to win the election. DMK Chief Stalin struggled a lot to become the leader of his own party. Now, he is struggling to become the Chief minister of state Tamil nadu.

Check out the survey results for the performance of the current government :

As the alliances of the political parties are yet to be confirmed, the next stages of surveys are expected soon. The first stage of survey suggested that Edappadi K Pazhaniswamy led ADMK will govern Tamil nadu state for the third consecutive time.

Ravichandran Ashwin who is about to claim legend status in the history of Indian cricket, is pretty much known for the interest he shows...