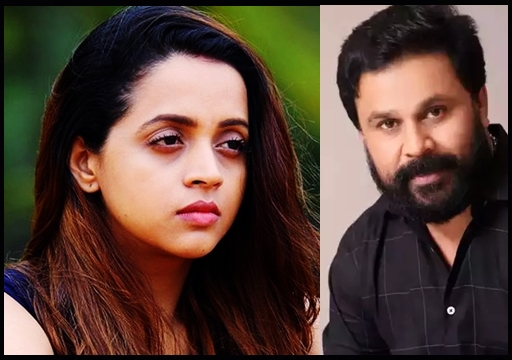 Entire Film Industry Comes In To Support Bhavna After She Accused Actor Dileep Of Molesting Her !!

On Monday, famous south Indian actress Bhavna menon broke her silence about the trauma she is going through ever since she became a victim of a crime committed by actor Dileep kumar. Reports suggests that Bhavna was allegedly abducted and molested in Ernakulam district of Kerala when she was on her way back home from a film’s shoot on 17th of February, 2017. Dileep was accused of causing the harm to the actress who is known among audience for pairing up with almost all the top actors.

Reports suggests that a gang forcibly boarded her into a car and molested her inside the vehicle for two hours. Dileep was named as the main accused in the case which took place in the year 2017. The actor who got arrested by the police got released within two months.

The incident recently returned to the limelight after an audio clip of Dileep was released by a Television Channel. in which the actor was allegedly heard conspiring to attack the investigating official in the Kidnapping case of Bhavna menon. On Sunday, the investigation officer registered a case against the accused in the crime branch based on the new revelation.

In the clips which were released in a channel named Reports Live, Dileep says “All five officials, you watch what you are going to get”. In accordance with the Indian law, the actress’s name and identity was not revealed to the public initially. Now, after five long years, Bhavna broke her silence and the entire Malayalam film industry including actress Parvathy Thiruvothu, Mammuty, Mohan Lal, Singer Chinmayi, Manju warrier stretched their supportive hands to the actress.

“This has not been an easy journey. The journey from being a victim to becoming a survivor. For 5 years now, my name and my identity have been suppressed under the weight of the assault inflicted on me. Though I am not the one who has committed the crime, there have been many attempts to humiliate, silence and isolate me” Bhavna said through her post.

“But at such times I have had some who stepped forward to keep my voice alive. Now when I hear so many voices speak up for me I know that I am not alone in this
fight for justice. To see justice prevail, to get wrongdoers punished and to ensure no one else goes through such an ordeal again, I shall continue this journey. For all those who are standing with me – a heartfelt thank you for your love.” she added.

Mammooty shared Bhavana’s pots and wrote “with you” to extend his support. 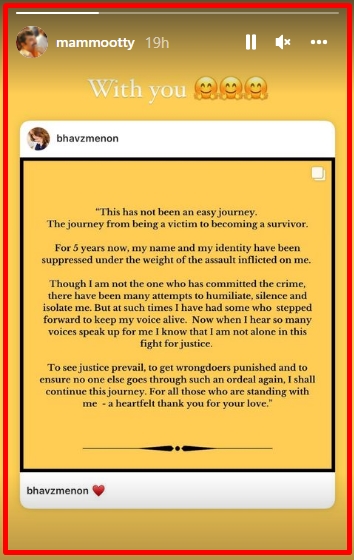 Mohan lal uploaded a post saying that he “respects” how strong Bhavana is. 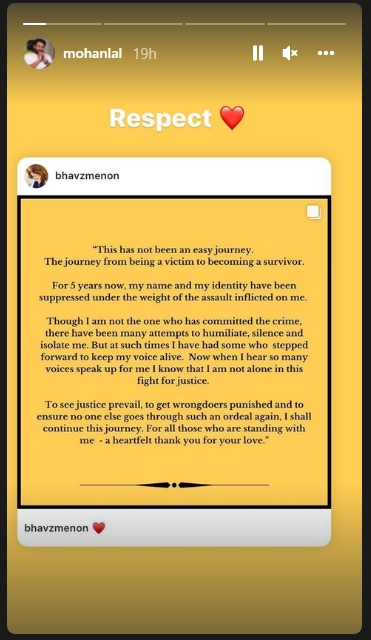 Parvathy also shared the post in her Instagram handle to support Bhavna with Manju Warrier sharing it by adding a heart emoji. Actor Prithvi Raj shared her pos and said “courage” to do his bit.

Previous article“Priyanka, Akshara & Me Went To The Hospital” – Thamarai’s Statement Made Bigg Boss Viewers To Raise Question
Next articleNetizens Couldn’t Believe This Recent Transformation Of Athulya !!

Ajay Gnanamuthu, director of recently released "Vikram" starrer responded to the negative criticisms the film received through his Instagram handle. When a follower said...