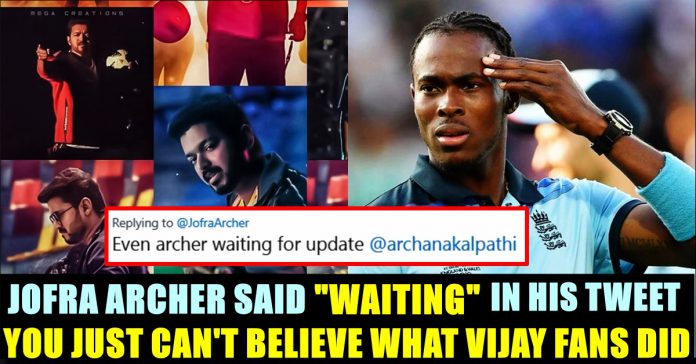 We can declare that even Leonardo Dicaprio or Al Pacino would not have enjoyed the fanbase that is being enjoyed by Tamil cinema’s top heroes. The way they pour their love on the first day first show of their favourite actors movies will be immense. Cinema fans of Tamilnadu have proved it in number of times by celebrating the movie release day as a festival even if it is a week day. 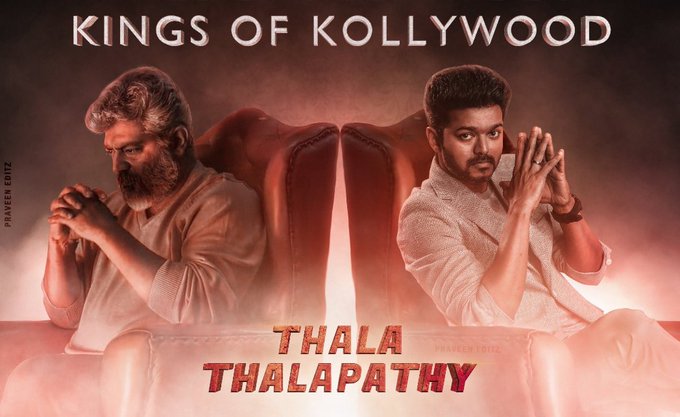 Now, in a similar incident, Jofra Archer, England pacer who is in headlines for bowling a lethal bouncer to Steve Smith, has posted a tweet saying “Update ; still waiting”. Followed by the he also added another tweet saying “Duty manager called , tv on the way”

To this tweet, fans of actor Vijay, stormed into the comment section to ask the producer of Vijay’s upcoming film “Bigil”, about the update of the film. Directed by Atlee, the movie is set to be released on Diwali day. The film is produced by Archana Kalpathi and has A.R Rahman as composer. 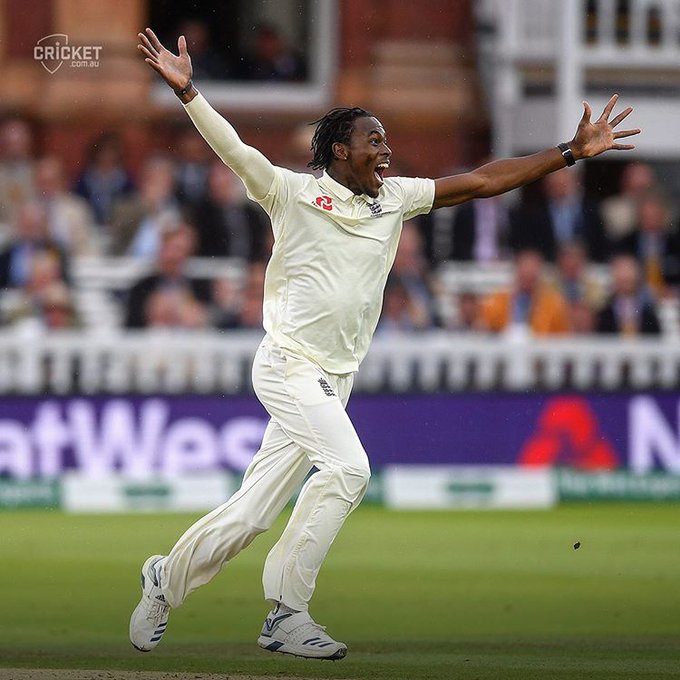 Check out few of the comments posted by Vijay fans in Jofra Archer’s tweet :

Even archer waiting for update @archanakalpathi

We are also waiting….. pic.twitter.com/ARFMATxtvq 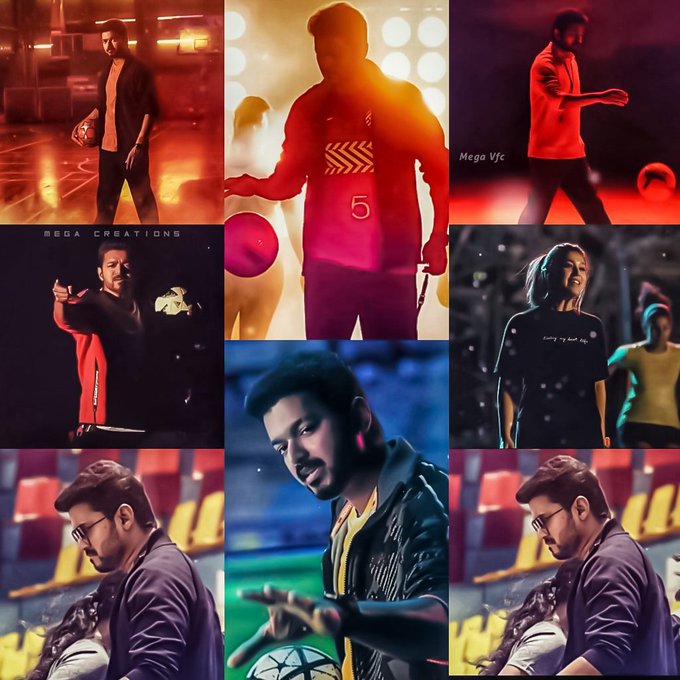 However, it is still unclear about which Jofra Archer is talking about. Archer is very much famous for his old tweets which are suited for many current scenarios. Even when he knocked Smith down with his bouncer, one of his old tweet which says about batsman having two helmets going viral.

All batsmen buy 2 helmets cause went we meet they will be in use ..

What do you think on these comments of Vijay fans ?? Let us know your views !!

And the first posters of Indian 2, starring Kamal Haasan, are out. Director S Shankar announced that he’ll start filming the sequel to his...

A twitter used named G. Pradeep who identifies himself as a "Nationalist" through his twitter bio, claimed that actor Suriya paid Rs. 3 lakh...