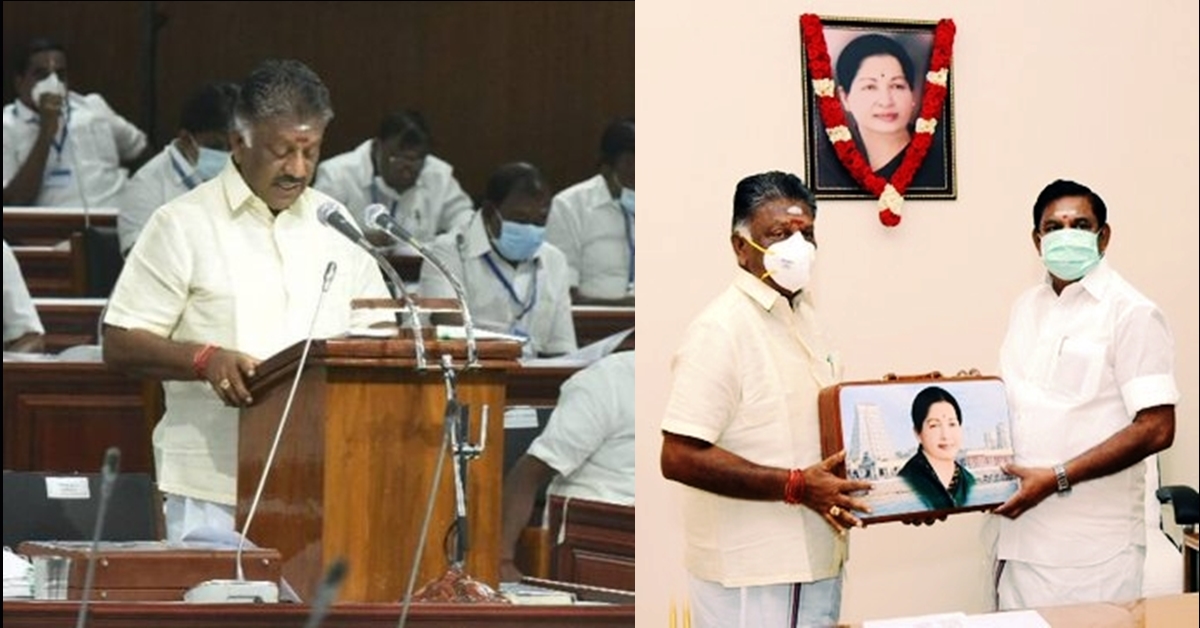 During his speech on “Tamil nadu Interim budget 2021-2022” at the state assembly, O. Panneer Selvam said that 6211 works got initiated under Kudimarathu scheme at the expenditure of Rs. 1418 crore and updated that 5886 works of them got completed.

It was announced that an allocation of Rs. 3,016 crore has been made to provide drinking water connection to 40 Lakh households in the interim budget presentation. Deputy Cheif minister O Panneer Selvam said that Computer science subject will be taught to students to the students from 6th standard to 10th standard. For Police modernisation, the finance minister allocated Rs. 100 crore.

O Panneer Selvam also said that plans are being made to promote exports of Aavin products to foreign countries and Rs. 165.68 Crore has been allocated for the rehabilitation of Pallikaranai Wetland. A total amount of Rs. 816.80 Crore is going to be allocated to clean waterways leading to the Pallikaranai wetland and restore water absorption.

The Tamil interim budget announcement also promised to increase the number of fire stations in Sivakasi. For Coimbatore metro project, a budget of Rs. 6,683 crore was allocated. Thamirabarani-Nambiar river linking to be completed by 31st march 2022, said the Budget announcement.

It was announced that a total number of 12,000 buses are to be procured, of which Rs 623 crore has been earmarked for the Transport Corporation to purchase 2,000 new electric buses. For the scheme “RIGHTS” which was initiated for the welfare of the differently abled, an amount of Rs. 688 crore was allocated. Rs 4 lakh insurance will be provided for accidental death of the head of the family below the poverty line.

Rs 2 lakh will be provided under the “Amma Insurance Scheme” for Natural Death and inability. In addition to Harvard and Houston university, the Tamil nadu government is planning to provide financial assistance to establish a Tamil chair in Toronto university in Canada.

Old Post Of Sivakarthikeyan On Petrol Price Is Trending Now !!
“Laughed Out Loud” – Ashwin Watched “Drishyam 2” & Recommended It To His Followers !! Lalettan Replied