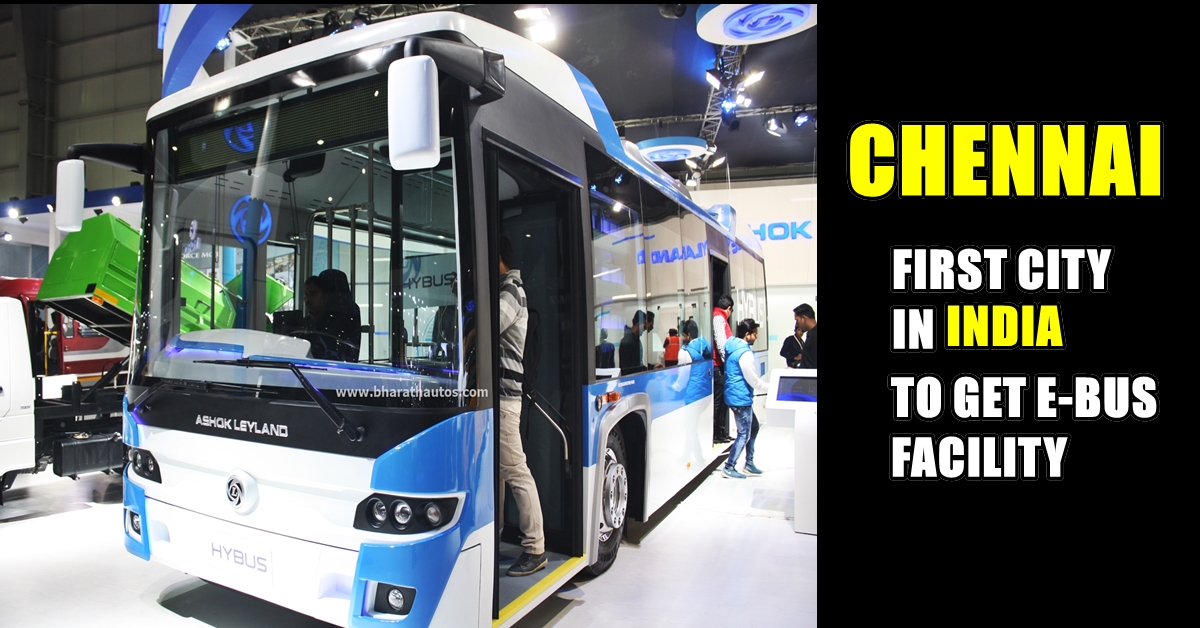 It may have followed Beijing, London and Copenhagen, but Chennai has become the first Indian city to join the C40 cities initiative to electrify its bus transportation system. C40 Cities, part the Climate Leadership Group, is a collection of 90 of the world’s “greatest” metropolises that are seeking to limit greenhouse gas emissions from goods and services their denizens use.

This promise from the transport corporations on behalf of the Tamil Nadu government is an extension of the C40 Bus Declaration Act, a 2015 initiative from C40 cities to combat climate change. Electrical buses can be accessed at cheaper rates compared to conventional bus fares says the Tamilnadu government officials and the agreement will also help in creating the infrastructure to operate them.

“The collaboration will, over a period of time, reduce the prices of electric buses,” a senior government official said. “The price of an electric bus was Rs 2 crore eight months ago; now it has dropped to Rs 1 crore. We hope it will come down further when the technologies are [developed] worldwide.”

C40 will also help Chennai prepare a road map to achieve 100 % electrification of its public bus transportation system by providing it with resources to aid in decision making, technology and to plan the way forward, the official added.

State transport minister M R Vijaybaskar had earlier visited an e-bus fair organised by automobile manufacturers at New Delhi, and explored the possibilities of feasibly procuring and operating them.

Manufacturers are currently working on two models: One which will be equipped with battery-swapping technology and another that will recharge its batteries for three-five minutes every 30km to 35km.

According to Times Of India , the state has expressed an interest in the second type because it would suit its need to add 200 buses to the MTC fleet.
Continue Reading
Advertisement
Related Topics:

Flipkart Delivery Boy Got Stabbed 20 Times By A Woman : Reason Will Shake You AF !!
Shocking : This Man Opened A Fake Branch Of Karnataka Bank in UP.. WTF !!