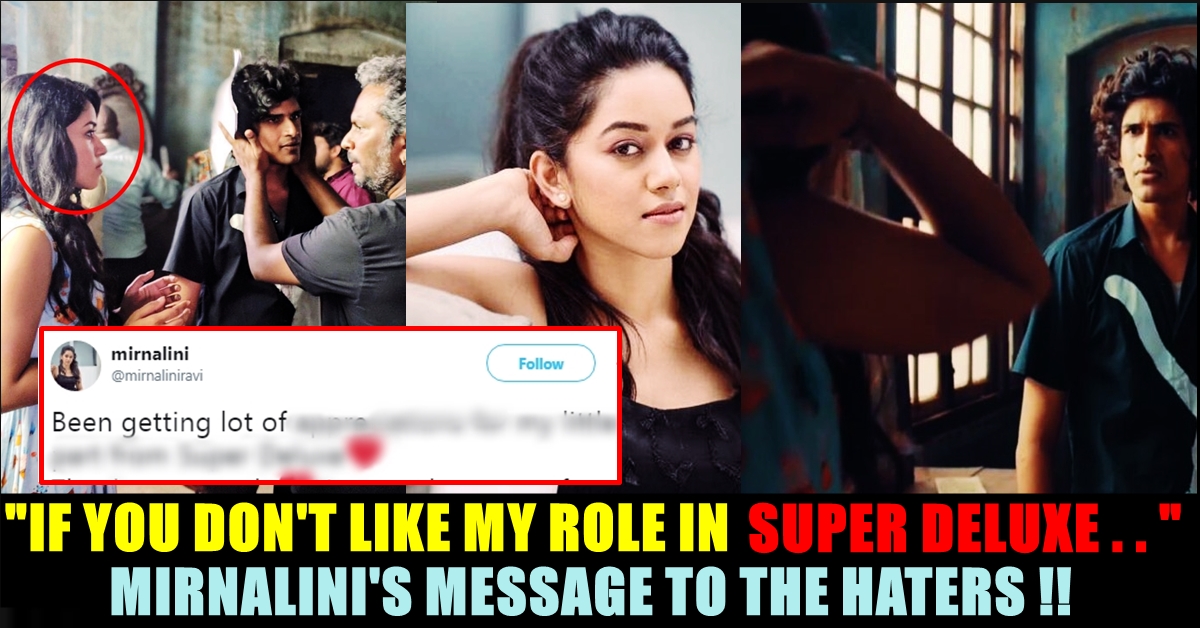 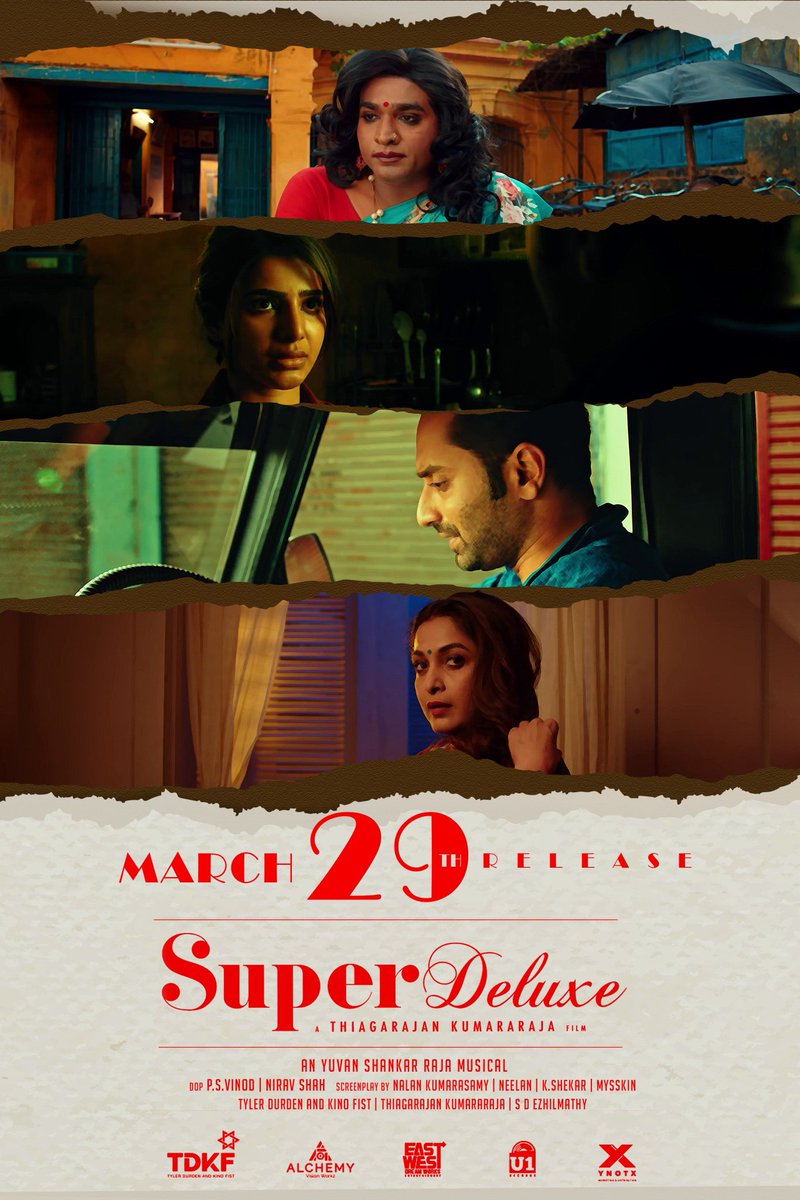 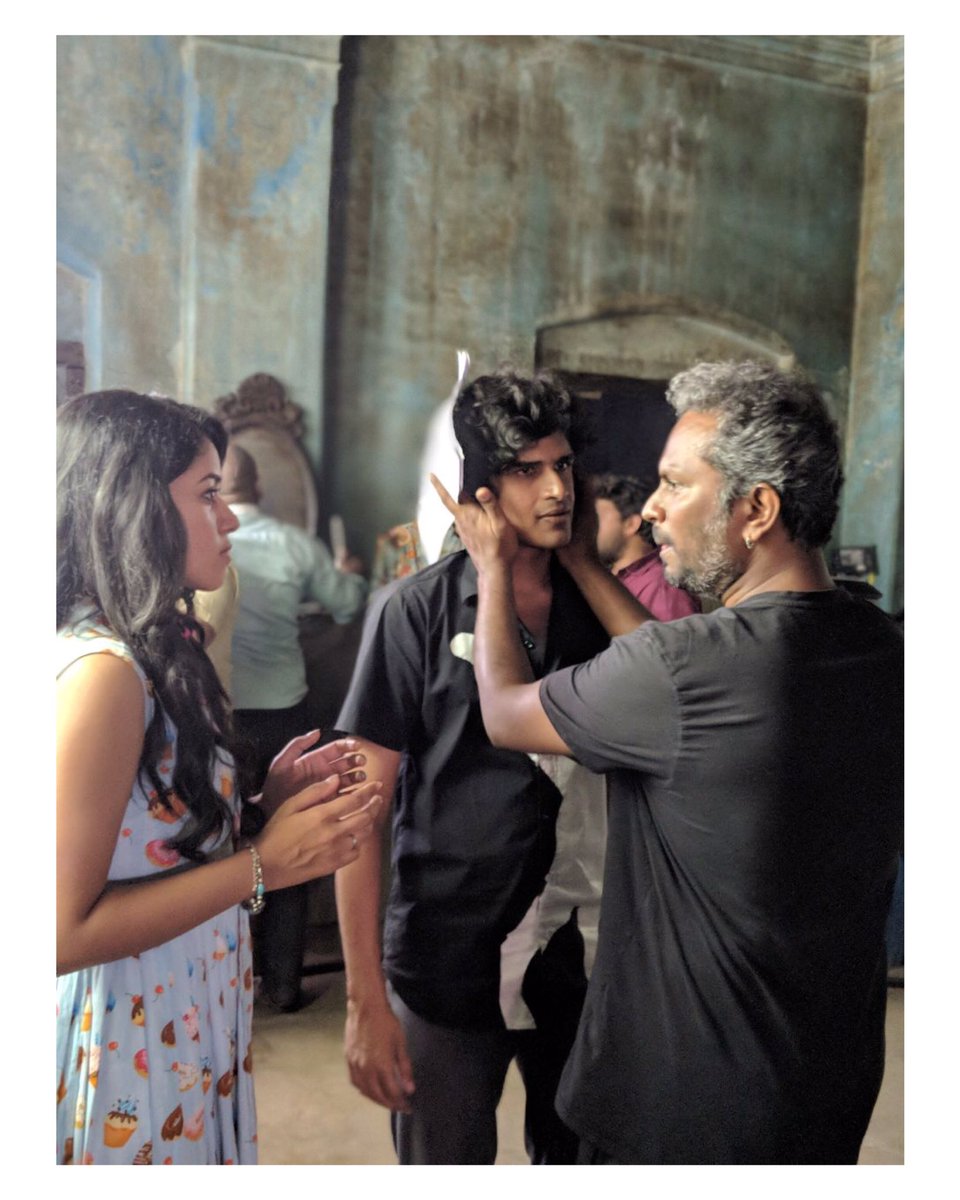 As we all informed much details about the movie’s cast and crew which is evident through the trailer itself, we all missed one celebrity who appears in the trailer but has not received much credits for her appearance. Yes, it is none other than our very own dubsmash queen Mirnalini who ruled Instagram before the arrival of Tik Tok.

Super Deluxe, which boasts of a big star cast comprising Vijay Sethupathi, Fahadh Faasil, Ramya Krishnan, Samantha and Mysskin in key roles. Apart from them, popular dubsmasher Mirnalini also acted in the movie in a surprising role. The actress who appears as an alien in the movie lasts nearly for 10 minutes in the whole movie. 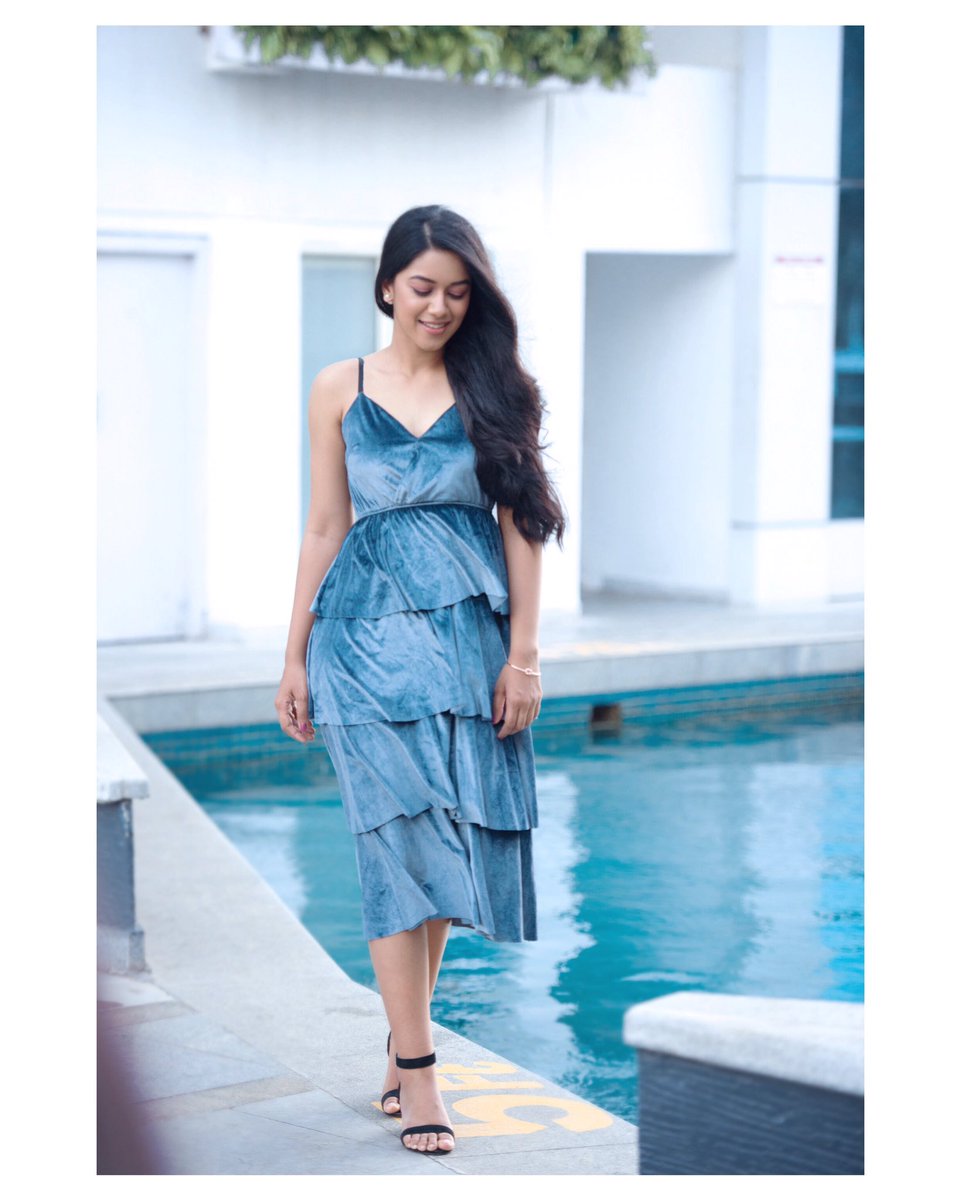 Mirnalini finished her portions for the movie Super Deluxe during January 2018. Unfortunately we could not witness her face in any of the movie promotional activities such as Teaser, Trailer or promo video. The aspiring actress who appears in the trailer at exact 1 : 07 seen removing her tops infront of three youngsters. 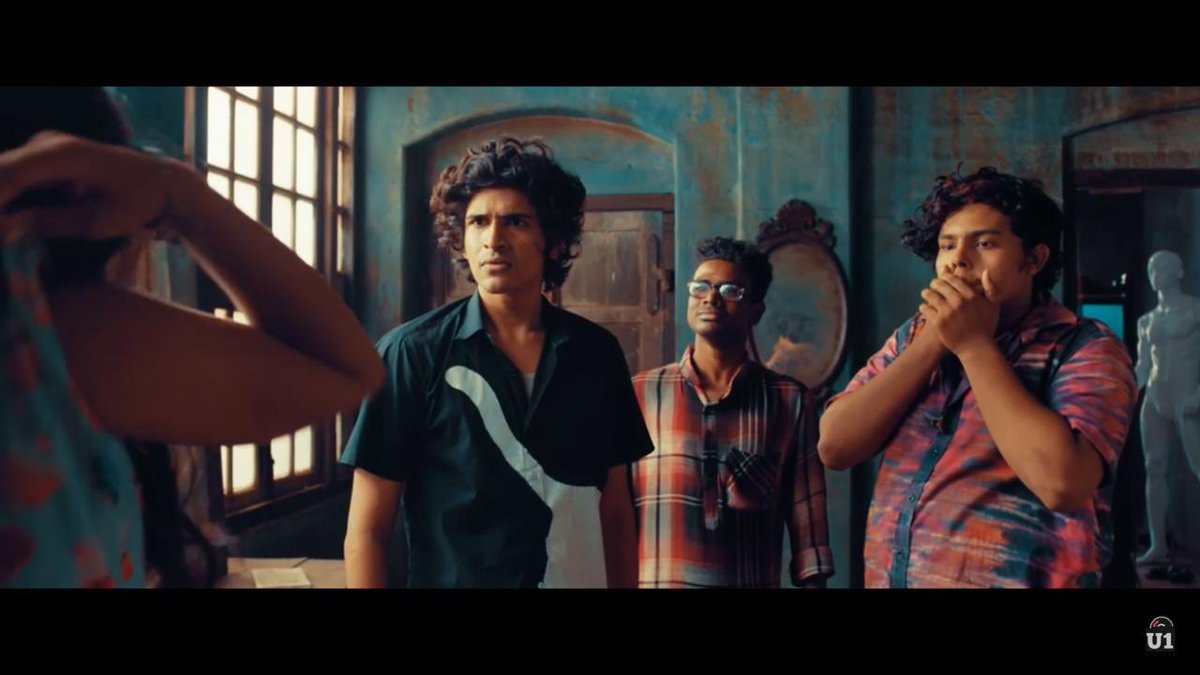 Now after the release of the movie she has come up with a post thanking everyone who appreciated her performance in the movie. She also has a message for those who disliked her role in the movie.

Her tweet read as “Been getting lot of appreciations for my little part from Super Deluxe❤️ Thank you people❤️You are the reason for me to be onscreens today🙈I owe you everything !! And for those who dint like my part ,Manikavum🙏🏻will try to do a better job next time😄”

Been getting lot of appreciations for my little part from Super Deluxe❤️
Thank you people❤️You are the reason for me to be onscreens today🙈I owe you everything !!

And for those who dint like my part ,Manikavum🙏🏻will try to do a better job next time😄

Apart from Super deluxe, Mirnalini has acted in Suseenthran’s directorial “Champion”. It  is an upcoming Indian Tamil language sports drama film written and directed by Suseenthiran. The music for the film is composed by Arrol Corelli while cinematography is handled by Sujith Sarang.

Have you watched the movie Super Deluxe ?? What do you think on Mirnalini’s roel ?? Comment below !!

Director Vijay & Sai Pallavi To Get Married ?? This BIGG BOSS Celebrity Condemns The Rumour !!
Chahal Trolled Stuart Broad For Giving Six Sixes To Yuvraj 12 Years Back !! Here’s How He Got Trolled Back !!