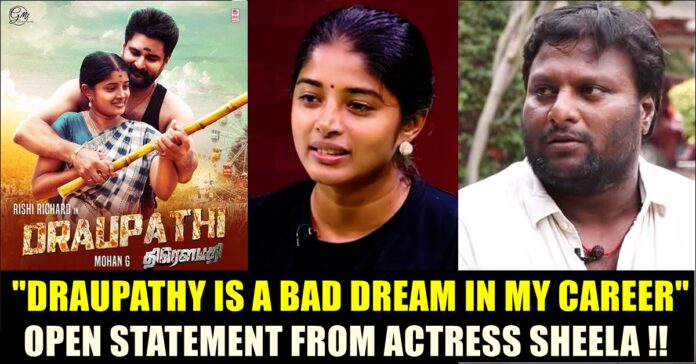 “Draupathy Is A Bad Dream In My Career” – Actress Sheela !! WATCH

In her recent interaction with a news channel, actress Sheela Rajkumar who is known for acting in acclaimed films such as “Mandela”, “Kumbalangi Nights”, “Tolet”, had said that acting in “Draupathy” was like a bad dream in her career. The actress said that she needed such lesson in her life and treats it as a positive one to grow in her career. Sheela said that she doesn’t know about the existence of caste discrimination in the society as she grew in a hostel with girls and also pointed out that the entire script was not narrated to her. 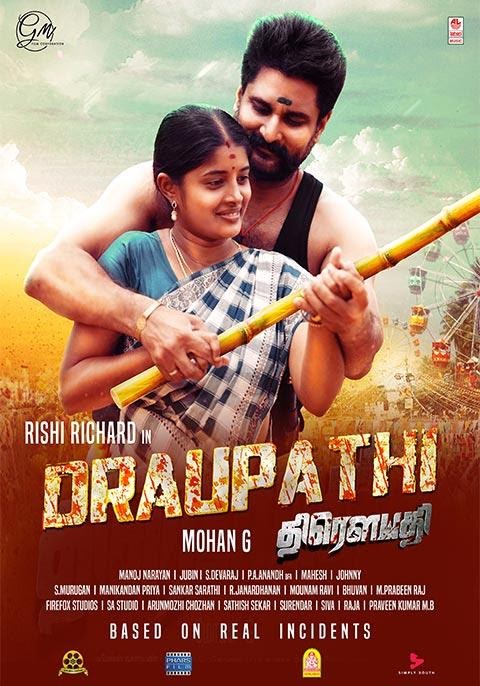 “You are known for acting in socially responsible film but your film “Drauathi” received mixed reactions. what kind of film “Draupathy” is, according to you ?” asked the host of Puthiya Thalaimurai TV to which Sheela expressed her regret over acting in the Mohan G directorial.

“Draupathi feels like a bad dream for me as the director didn’t tell the entire script to me. End of the day, the decision is going to be mine and I will be ready to face the consequences. I literally don’t know anything about politics. I don’t have any connection with politics. I just want to do my job with perfection” Sheela said in the interview.

“If you tell me what kind of job I am going to do, the decision about accepting it and rejecting is going to be made by me. In the “Draupathi”, we had a little bit of miscommunication. No one could travel in a good path forever, some downfalls will be there. I see Draupathi as my lesson” she further said. 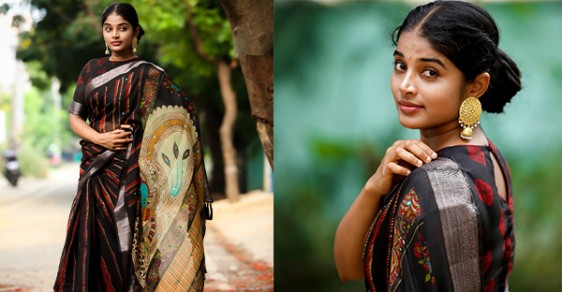 “I came to know about the kind of reception “Draupathi” received only after the release of the film. I didn’t about this side of the society. While I was studying in hostel, we didn’t ask our fellow students about their caste. I never faced these kind of discriminations and it’s a new experience for me” the actress made it clear and went on to say that she is not answerable to anyone for acting in “Draupathi”.

“If I fall down and get injured, it is me who should take care of myself. I see it in a positive way. It helps me to grow further and I don’t have anything to do with the opinion makers” Sheela concluded.

Draupathy film released in theatres on 28th of February of 2020 and ibecame a subject to controversy for the message it carried. The film which had actor Richard in the lead role became a commercial success as it was reportedly made with a budget that is less than a crore. The “Pazhaya Vannarapettai” fame Mohan directorial is highly believed to be a caste based low budget film against a particular community. However, the filmmaker firmly said that his film exposes the fake-love drama that takes place in the society.

Comment your views on the statement made by Sheela about “Draupathi” !!